The suspect is still at-large and 5 of the victims remain hospitalized. 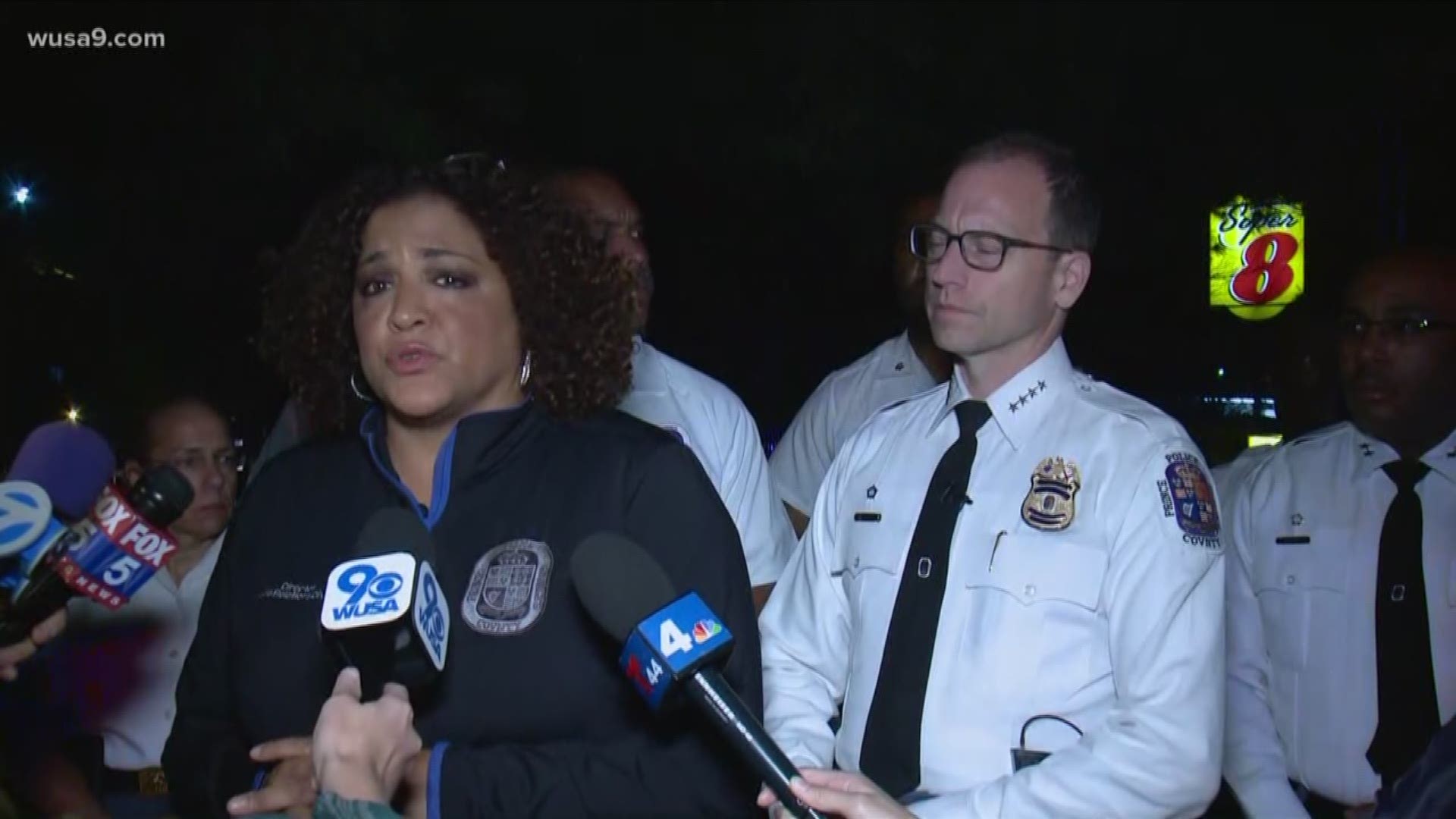 CAMP SPRINGS, Md. — Police are still searching for answers after seven people were reportedly shot during a birthday party for a 2-year-old in Camp Springs Saturday night. The suspect, is still at-large.

Prince George's County police say the incident happened around 9 p.m. at an apartment complex in the 6200 block of Maxwell Drive. The suspect reportedly exchanged words during an altercation at the event before the shots were fired, Chief Hank Stawinski announced in a press conference. The entire crime scene was about 50 yards end to end.

As of Monday afternoon, five of the seven victims are still in the hospital. None of their injuries are considered life-threatening. All of the victims are expected to survive. The victims ages range from 18-20, according to Stawinski.

RELATED: He killed his brother during a fight, then turned the gun on himself. Police are now asking why

Authorities are interviewing more than a dozen witnesses at this time. Police have not shared what led up to the shooting.

"If you get caught with an illegal gun in Prince George's County, you've got to go to jail. This has got to end," Stawinski said. "You've got a two-year-old's birthday party and you have shots ring out... going forward as a community we're going to have to have a larger conversation about illegal guns."

"We have reached out to offer our full support to the Prince George's County Police Department and County Executive Alsobrooks in response to this horrific shooting," he said. "Enough is enough. It's time for all of us to take a stand together to address this out-of-control violence and get these shooters off our streets."

Detectives are asking anyone who may have witnessed the shooting or have any information about the shooting to call them at 301-749-5064. Callers wishing to remain anonymous may call Crime Solvers at 866-411-TIPS (8477), or go online at www.pgcrimesolvers.com, or use the “P3 Tips” mobile app.

This is a developing story, we will update as more information becomes available.

RELATED: She was killed in DC and her body was found burning in a brush fire in Bowie. Now police are searching for answers