Three of the officers are with the Prince George's County Police Department, and the fourth is with Maryland State Police. 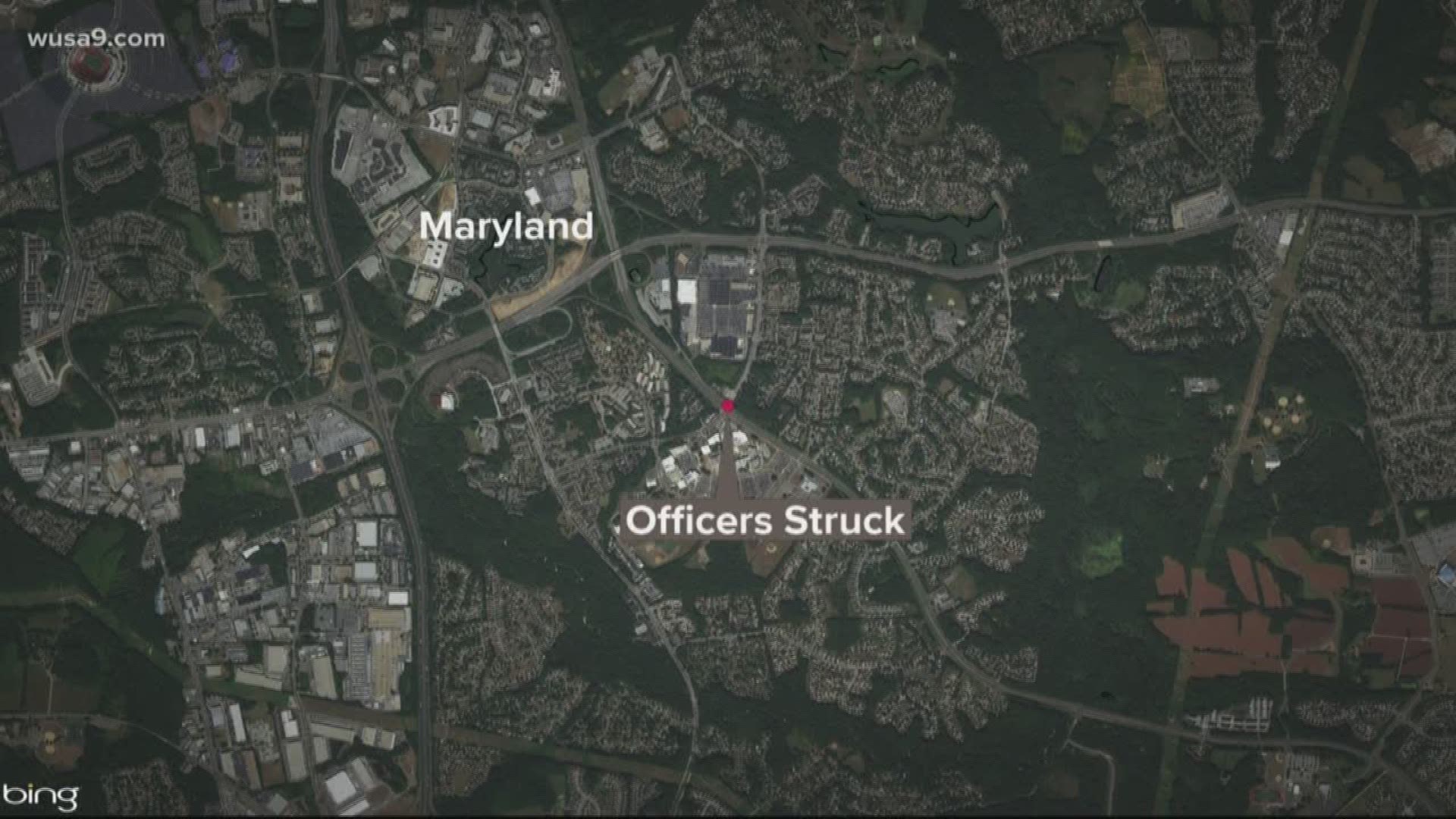 All four officers were transported to the hospital, with two of the Prince George's County officers in serious condition.

At around 10:11 p.m., police said officers from the Prince George's County department were dispatched to the scene of the accident near Campus Way South and Largo Road, involving four officers and two civilians.

The initial investigation into the crash revealed a 2002 Chevrolet Impala was driven by 59-year-old Victoria Cross of Lothian, Md. Cross was traveling southbound on Largo Road when it hit the back end of a 2006 Honda Ridgeline driven by 60-year-old Marc Alexander of Upper Marlboro.

A short time after arriving at the scene, Trooper White was sitting in his cruiser parked behind the crash scene with emergency lights on when a 2004 Pontiac Gran Prix traveling south on Largo Rd. rammed the back of his patrol car, police said.

The impact of the crash forced the cruiser to spin, hitting the three PGPD officers who were standing behind the Chevy Impala involved in the first crash.

Officials said the Gran Prix continued to travel, sideswiping the Honda Ridgeline and Marc Alexander, who was standing by his truck.

One of the civilians was flown by medevac with life-threatening injuries, while the other was transported for evaluation.

Troopers searched the Gran Prix driven by Iretha Spriggs, 38, of Capital Heights, Md. Inside the car, they found suspected marijuana in plain view.

MSP officials say Spriggs showed signs of possible impairment at the scene and are continuing their investigation into her physical state at the time of the crash. Spriggs was also taken by ambulance to Medstar and is expected to recover.

MSP officials say no charges have been filed at this time in connection with the second crash that resulted in the death of Mr. Alexander and the four police officers being injured.