Officers believe gang members stabbed her with a machete and beat her with a baseball bat. 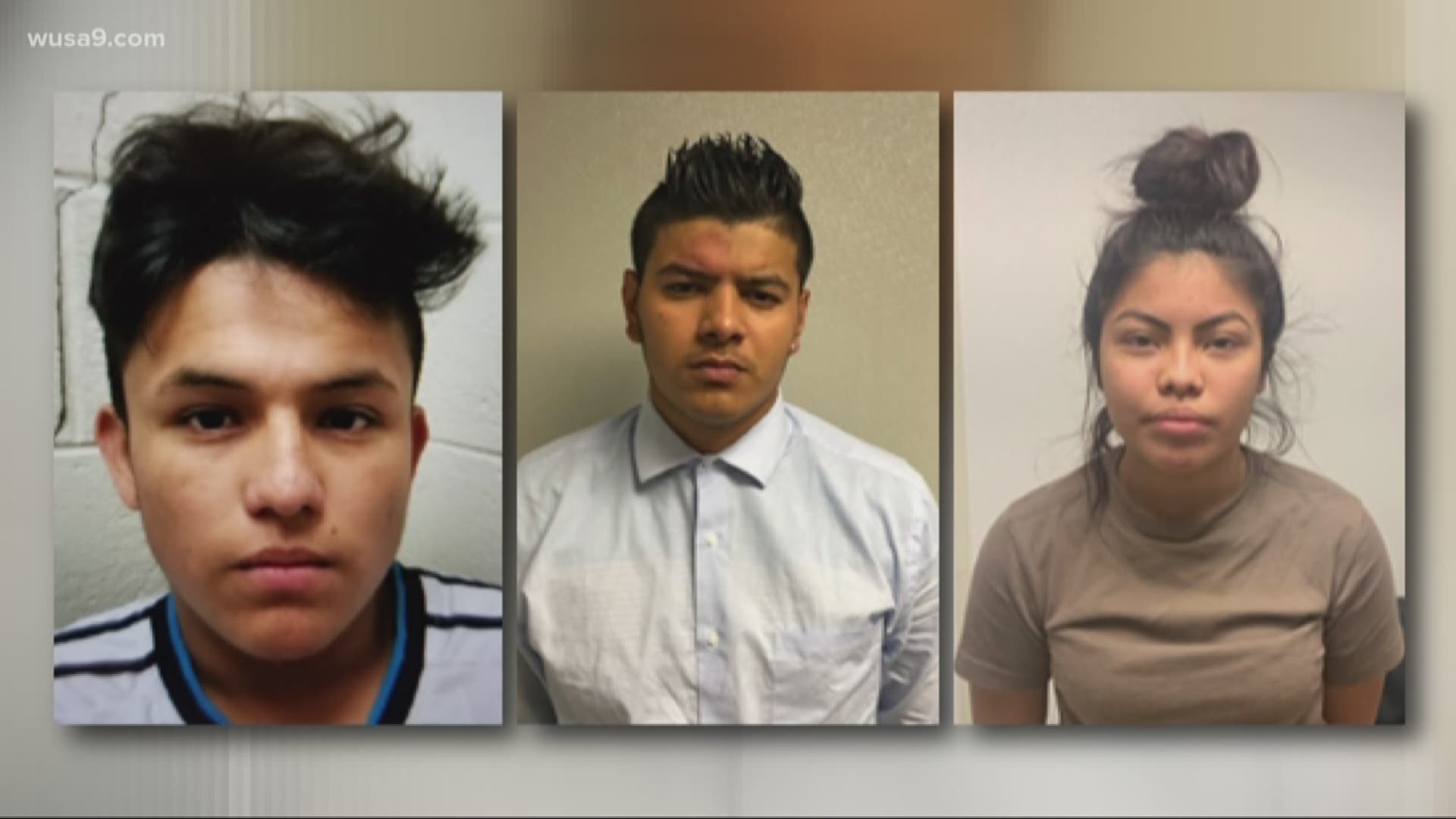 RIVERDALE, Md. — Authorities continue to look for a fourth suspect Friday in connection with the death of an Adelphi, Md., 14-year-old whose body was found here earlier this week, dumped in a creek.

Joel Escobar, 17, of Northeast D.C., Josue Fuentes-Ponce, 16, of Bladensburg, Md., and Cynthia Hernandez-Nucamendi, 14, of Lothian, Md., were arrested Thursday and are facing first-degree murder charges as adults. Fuentes-Ponce and Escobar are believed to be members of an MS-13 clique in the county, according to Prince George's County Police.

"Consistently what we’ve seen when we deal with cases involving MS-13 is violence that’s disturbing," Maj. Brian Riley said at a Thursday press conference. "And they’re not afraid to use it on their own, to send a message in some cases.”

The victim, Ariana Funes-Diaz, previously had been reported as missing in Anne Arundel County before her body was found around 10 a.m. Wednesday in Brier Ditch in the 6300 block of 64th Avenue.

► MAY 15: Female body found in Maryland creek, police say
► MAY 3: Body with severed hand believed to be Frederick teen

Police said they learned she planned to go to authorities about a crime that all five had committed April 17 in the District of Columbia. Officials would not discuss the nature of the crime.

The police gang unit received a tip May 13 about a possible murder in April with the body dumped in a wooded area. The suspects are accused of driving Funes-Diaz to the wooded area, assaulting her with a machete and baseball bat.

She died from her injuries.

The gang Mara Salvatrucha, popularly known as MS-13, began in Los Angeles in the 1970s but spread to El Salvador and other countries in Central America after some members were deported for their crimes in the 1990s.

So far this year, members have been tied to at least four other homicides in the Washington metro area:

• Earlier this month, D.C. police said the death of Eberson Guerra Sanchez, 16, of Frederick, Md., whose mutilated body was believed to have been found beneath the Chain Bridge, was likely the work of MS-13. Family had reported Guerra Sanchez missing April 26, and a final confirmation of the teen's identity is pending from the District's Office of the Chief Medical Examiner.

• In March, six MS-13 gang members were arrested in connection with the death of Jacson Pineda Chicas, 16, of Falls Church, Va., after a sheriff's deputy found the teen's body in a wooded area near Fredericksburg, Va. Pineda Chicas, also a member of MS-13, was stabbed more than 100 times inside the home of a suspected gang leader in Landover Hills, Md., police said.

• In February, 11 MS-13 members were indicted in connection with the kidnapping and killing of Sergio Triminio, 14, and Edvin Mendez, 17, whose bodies were found in 2016 buried in Holmes Run Park in the Falls Church area of Fairfax County, according to the U.S. Attorney’s Office in Alexandria, Va.

When asked about a rise in gang-related crimes in his area, the Prince George's County police major demurred.

"We work very closely with our gang unit," Riley said. "We have not noticed a recent uptick." 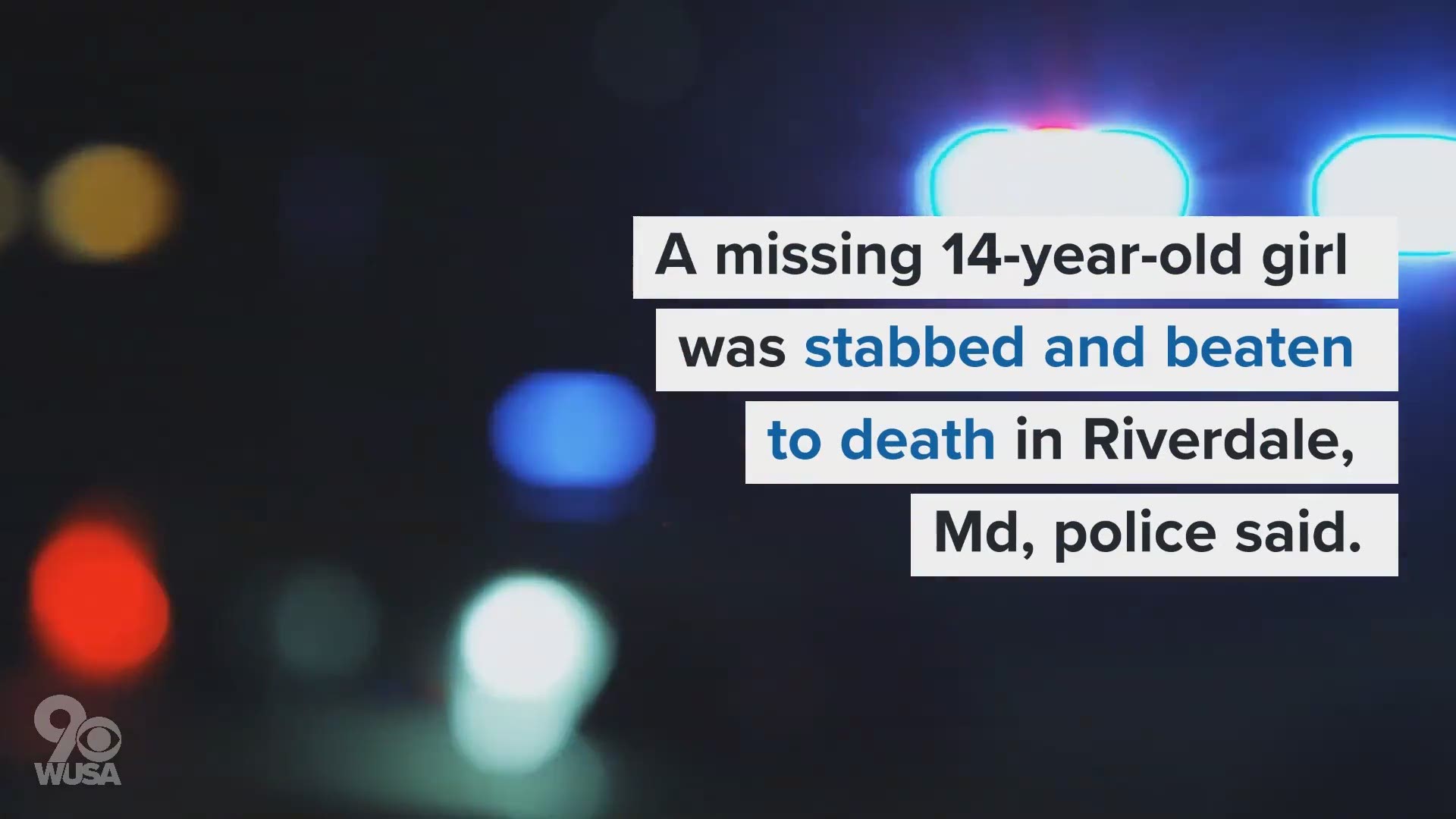