The 84-year-old Bethesda victim said his attacker barged into his garage and threatened to beat him up if he didn't give her money. 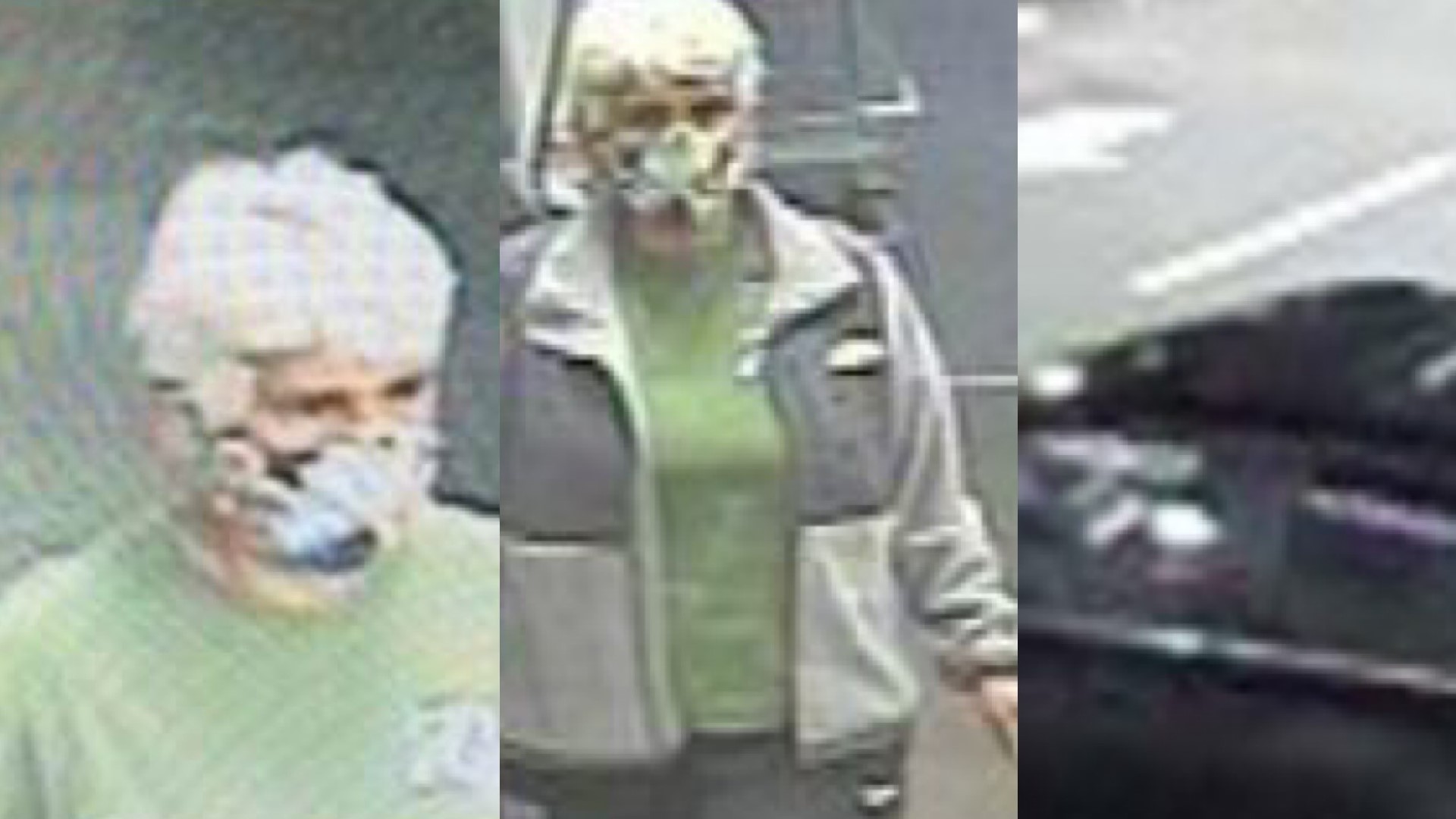 BETHESDA, Md. — The victim was an 84-year-old man; the suspect -- a woman, and none too young herself.

Montgomery County police are trying to find the still-unidentified female who allegedly followed the elderly man home from the Giant grocery store on Rockville Pike and robbed him inside his own garage on York Lane in Bethesda.

Police said they captured surveillance images of the masked woman inside the Giant, as well as a picture of her black SUV. They're hoping someone will be able to identify her. There's a reward of up to $10,000.

The victim called police after he was accosted on October 2, at about 7p.m. Detectives released the pictures Wednesday after they were unable to identify her any other way.

The 84-year-old told police he was shopping when the woman approached him in the grocery store and talked to him briefly. The victim checked out and drove home. He pulled into his garage, and as he was getting out of his car, he was startled by the suspect coming through his garage door.

Police said the victim described the woman as acting erratically, and threatening to beat him up if he didn't give her money. He gave her what he had, and the woman drove off.

Investigators are unsure if the woman was struggling with some kind of mental crisis.

Police said anyone with information about the suspect or the robbery can call the 2nd District Investigative Section at 240-773-6710. Those who wish to remain anonymous may contact Crime Solvers by phone: 1-866-411-TIPS (8477), online, or via the Crime Solvers app. Crime Solvers will pay a cash reward of up to $10,000 for information provided to them that leads to an arrest in this case.