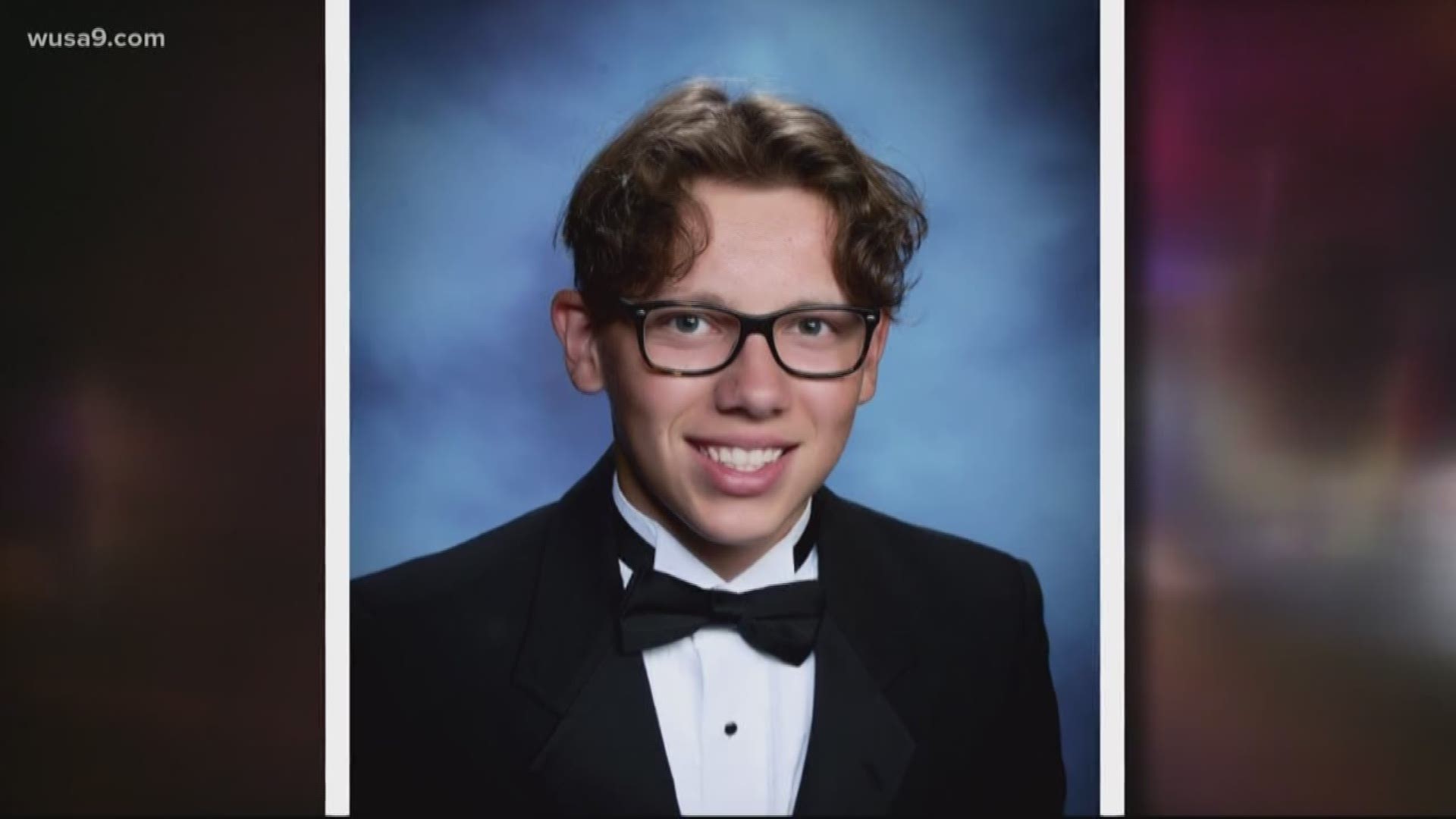 CHARLES COUNTY, Md. — A 17-year-old boy was found dead in the driveway of a home in Charles County, Md. Tuesday night from an apparent gunshot wound, authorities said. He was the son of a Prince George's County police officer, a neighbor confirmed Wednesday.

The Charles County Sheriff's Office said the teen was found shot outside a home at Warehouse Landing Road and Bryan's Road.

The victim has been identified as Bradley Alan Brown, authorities said. According to sources, not only was Brown's father a veteran detective, but his two brothers are also police officers in Prince George's County. Brown seemed to want to follow in their footsteps as he was participating in a law enforcement program at this high school.

Darryl Edward Freeman, 17, of Waldorf, was arrested Wednesday by the Charles County Sheriff’s Office in connection with Brown's death. Freeman was charged as an adult with first-degree murder, the sheriff's office said.

Police said the case is still under investigation, but said they have established the shooting was not random and appears to be drug-related.

"I feel for his family today," North Point High School cross-country coach Jimmy Ball said during a news conference Wednesday. "Bradley ran cross-country for me for four years, great young man. I mean, this is a sad day. We got the call last night."

John Wilson, Brown's neighbor, on Wednesday morning said the teen was the son of a Prince George's County police officer.

He described the teen as, "wonderful, helpful," coming from a "helpful family."

"All the time, you know, if I needed something, if I'm out here doing the yard, 'Mr. Wilson, do you need anything, or can I help you?'" Wilson described.

Wilson said the neighborhood is normally a quiet area.

"The Brown family has a long tradition of Eagles -- father, two sons and Bradley had really just finished all the requirements for Eagle," Sproule said. "He was on his way, it's just really sad. I'm heartbroken."

"We were able to greet our students this morning with a full team of support from our student services department, so not just school-based, but county-based came by, and we were able to speak with staff and students as needed," North Point High School principal Daniel Kaple said.

"We're going around to classrooms, following Bradley's schedule, making sure the students in each classroom are good to go forward with their school day and providing services needed, for staff, as well as students," Kaple added.

Kaple said the services will be in place as long as students and staff need it.

"Unfortunately, we had three students pass away last school year, so we are familiar with the processes. It's never the same, but as far as the services and supports that can we provide to our students, we are familiar, and every situation is different," Kaple said.

"My wife is taking it really hard. She has him as a student," Ball said. "As a parent, Bradley is the same age as my two kids, so it hits home today."

"The last time I saw Bradley, when had our parent night, and I just remember the big smile on his mom’s face. We were just talking about getting him through. That was in October," Ball said. "Graduation is coming up and we’re dealing with this, life taken so young."

"Our students are really empathetic. They understand the gravity of the situation, and they're definitely going through a grieving process," Kaple said.

Fellow students began tweeting messages of support to Brown, and his family.

Authorities continue to investigate the shooting. Anyone with additional information is asked to call Det. R. Johnson at 301-609-6453. Tipsters who want to remain anonymous may contact Charles County Crime Solvers by calling 1-866-411-TIPS.