Hakim managed to lock the door, get in the driver’s seat and speed off. 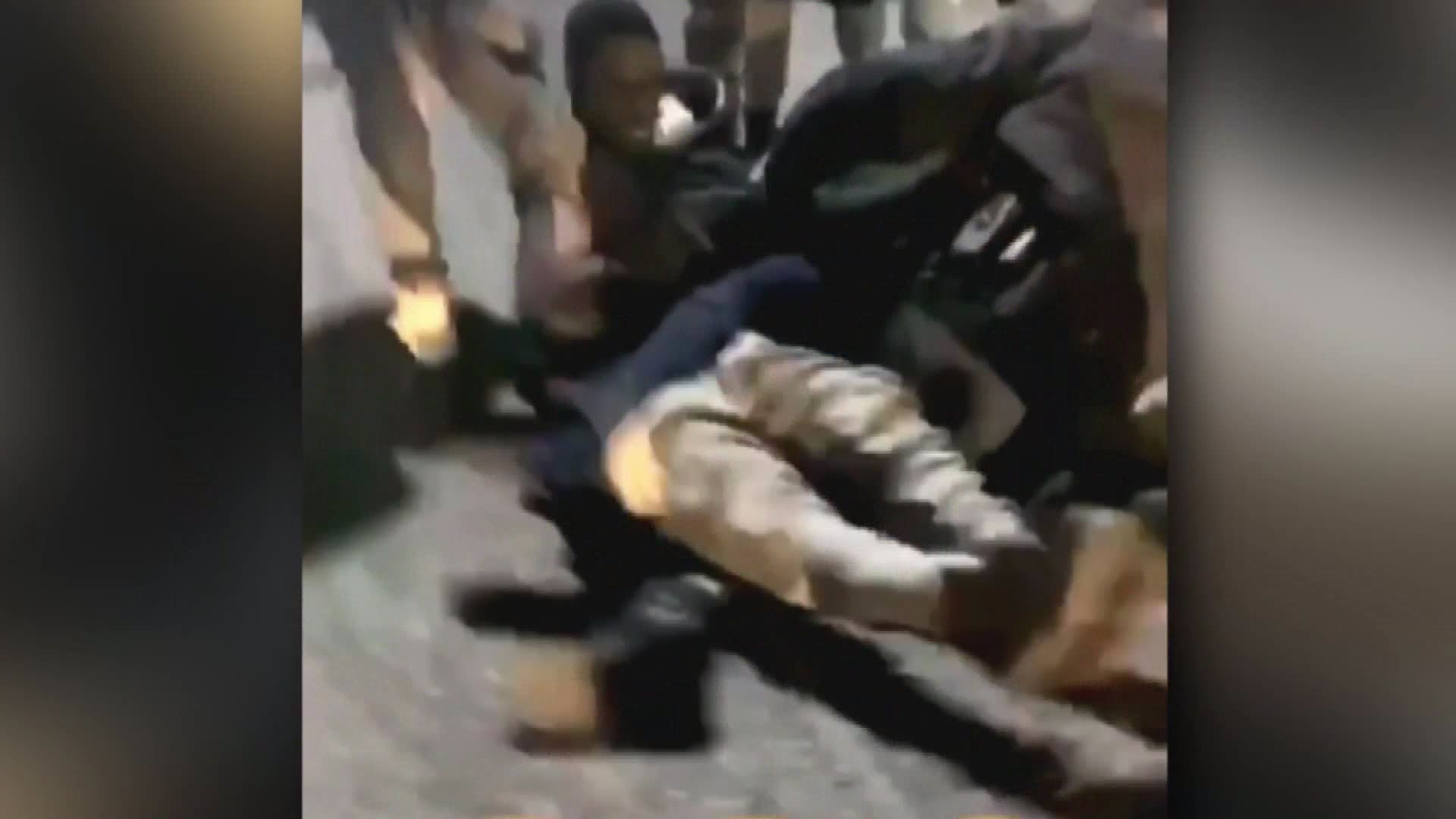 Prince George’s County Police said Abdul Hakim was initially arrested for domestic assault. Officers were called to the 2300 block of University Boulevard where they noticed a woman was bruised.

Police initially took Hakim to jail in Hyattsville, but he had to be transported to a facility in Upper Marlboro because of a medical issue that he was suffering from, according to police, who did not elaborate on that issue.

An officer placed Hakim back in his cruiser, handcuffed, in the front seat. The officer had to run back inside the Hyattsville Department of Corrections and left the vehicle running to keep Hakim warm.

While a second officer was watching Hakim at the time, she readjusted his handcuffs when he complained that they were too tight.

Moments later, Hakim managed to lock the door, get in the driver’s seat and speed off. He then hit a brick wall and several cars during a police pursuit that followed his escape.

Police said he crashed at a park near 24th Avenue and Lyndon Street, and got out of the car and ran.

Hakim was arrested on 19th Avenue, with the handcuffs still on. Police said he managed to slip his arms around to the front of his body.

“I am proud of the lengths to which my officers went to demonstrate their compassion to a sick individual they had arrested for a violent act on a cold day. It is always discouraging when an individual exploits kindness to commit more violence and endanger more people," said Chief Hank Stawinski.

"Due to his actions, my agency is now reviewing the practice of leaving a cruiser running for any reason at all,” said Stawinski.

No one was injured during the pursuit and crash reportedly caused by Hakim.

RELATED: Police: Greenbelt football coach and father of 3 stabbed to death in home by masked suspects

RELATED: Greenbelt mayor: Maglev train is all pain and no gain, except for rich people