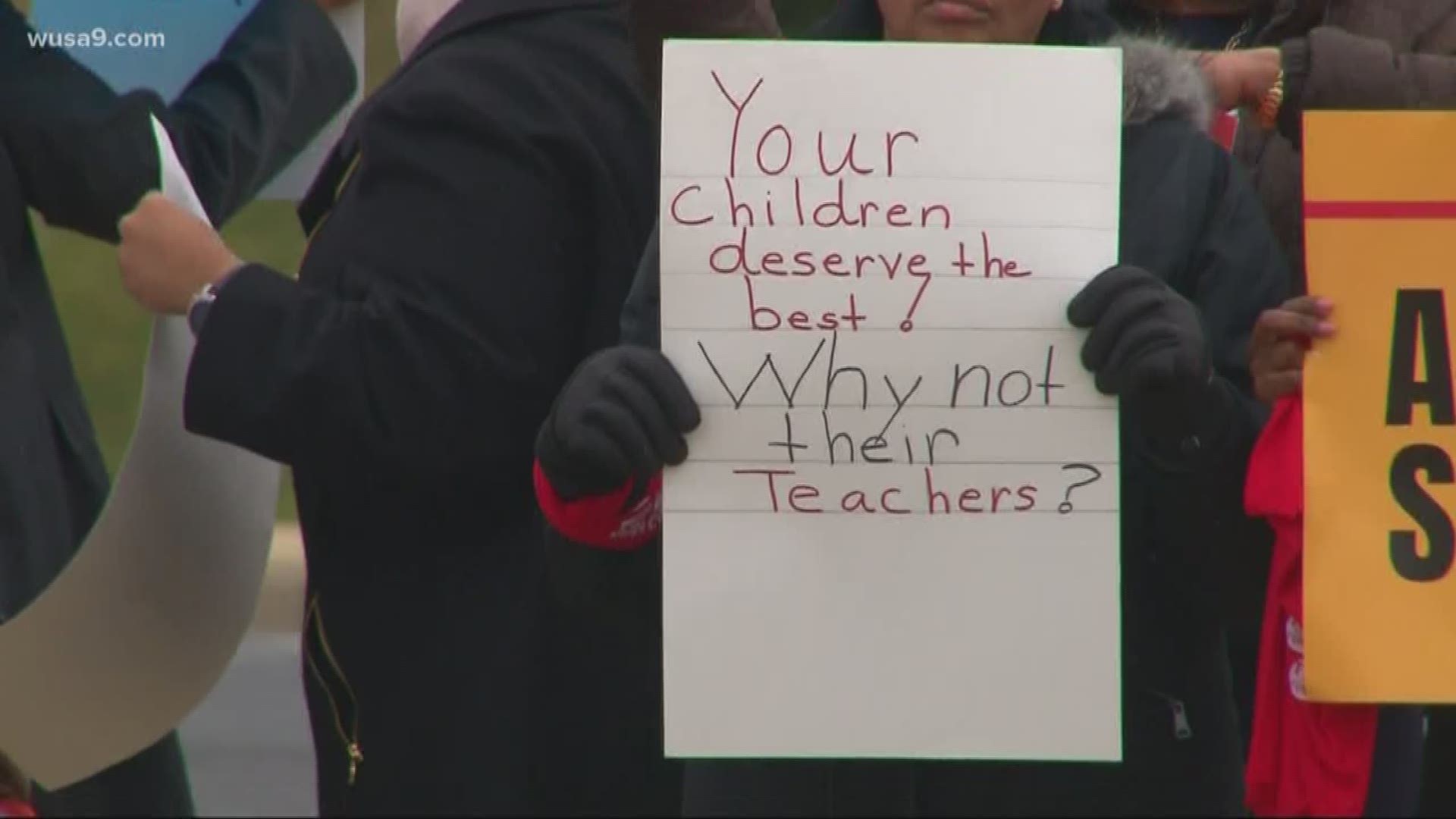 On Tuesday afternoon, a group of Prince George's County teachers spent their afternoon at Central Avenue and Enterprise Road, protesting what they say is a lack of accountability in the school system.

It's been one month since WUSA9 first broke the story detailing secret pay raises to a number of central office workers in Prince George's County, while teachers got nothing.

No one has been held accountable and no one has been punished for giving unauthorized raises of up to 12 percent to six employees in the human resources department.

The school district still won't say who signed off on it. Only CEO of schools Dr. Kevin Maxwell or someone in his cabinet had the power to authorize the raises and it was against the rules.

The school district told WUSA9 it is under investigation, but for the teachers protesting, that is not enough.

"The funny thing is the answer we get from our CEO is ‘I will have to investigate that,'” said PGCPS teacher Yvonne Baicich.

The school district did say it is taking steps to remedy the raises that were given improperly. But for the teachers, they want a complete overhaul of the school system. They want Dr. Maxwell fired.