A Prince George's County Public Schools employee is being investigated for calling a father the N-word in front of his children in a La Plata Walmart parking lot this past Monday. 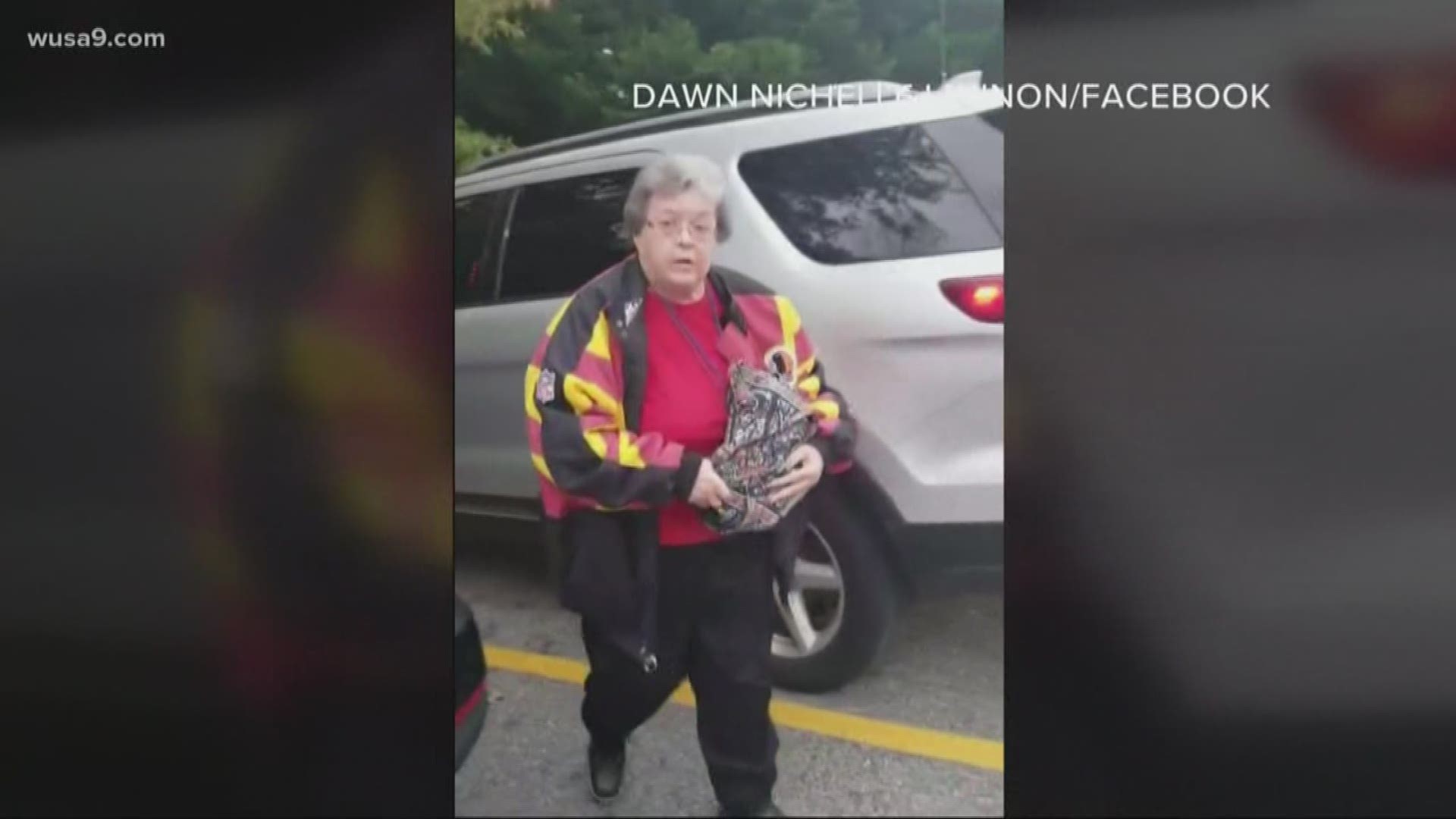 LA PLATA, Md. -- Despite calls for her to be fired, a Prince George’s County Public Schools employee will get a fair chance to defend herself following a viral video from earlier this week, where she admits to calling a father the N-word in front of his children.

The incident was recorded on cell phone video and posted to Facebook this past Monday. The woman who recorded it said it happened in a La Plata, Md. Walmart parking lot.

PGCPS interim chief executive officer released a new statement on Friday in response to a racist viral video that’s still drawing reactions. One of the loudest reaction voices, is coming from the woman who recorded that viral video.

Hightower said she is not calling for the school employee to be fired, but she did call the school board and plans to do so again soon.

“It is quite shocking to me that PG County is not taking more of an immediate action and keeping her home so she can think about what she did," she said. "Instead they’re putting her back in the saddle sort-of speak, where she’s not even thinking about it. It’s not even a reflection on her because she just picking up and continuing on doing what she’s doing."

Tolson Hightower posted the recorded confrontation to her Facebook page on Monday. In the video, Tolson Hightower, who posted under the name Dawn Nichelle Lennon, confronts a woman she says called her husband a racial slur.

Dawn Nichelle Lennon posted the following message with the video:

"So while leaving the Walmart parking lot my husband was called The N Word, because he didn't move out the parking spot the way she wanted him to. I saw where she was parking her vehicle and confronted her. How dare she talk to my husband that way and in front of me and my children. The thing I thought was so profound is that she was proud of it and didn't try to deny it. My house was burned down in 2004 by racist and now this!!! I'm so ashamed to live in a country that supports this type of hatred and bigotry." 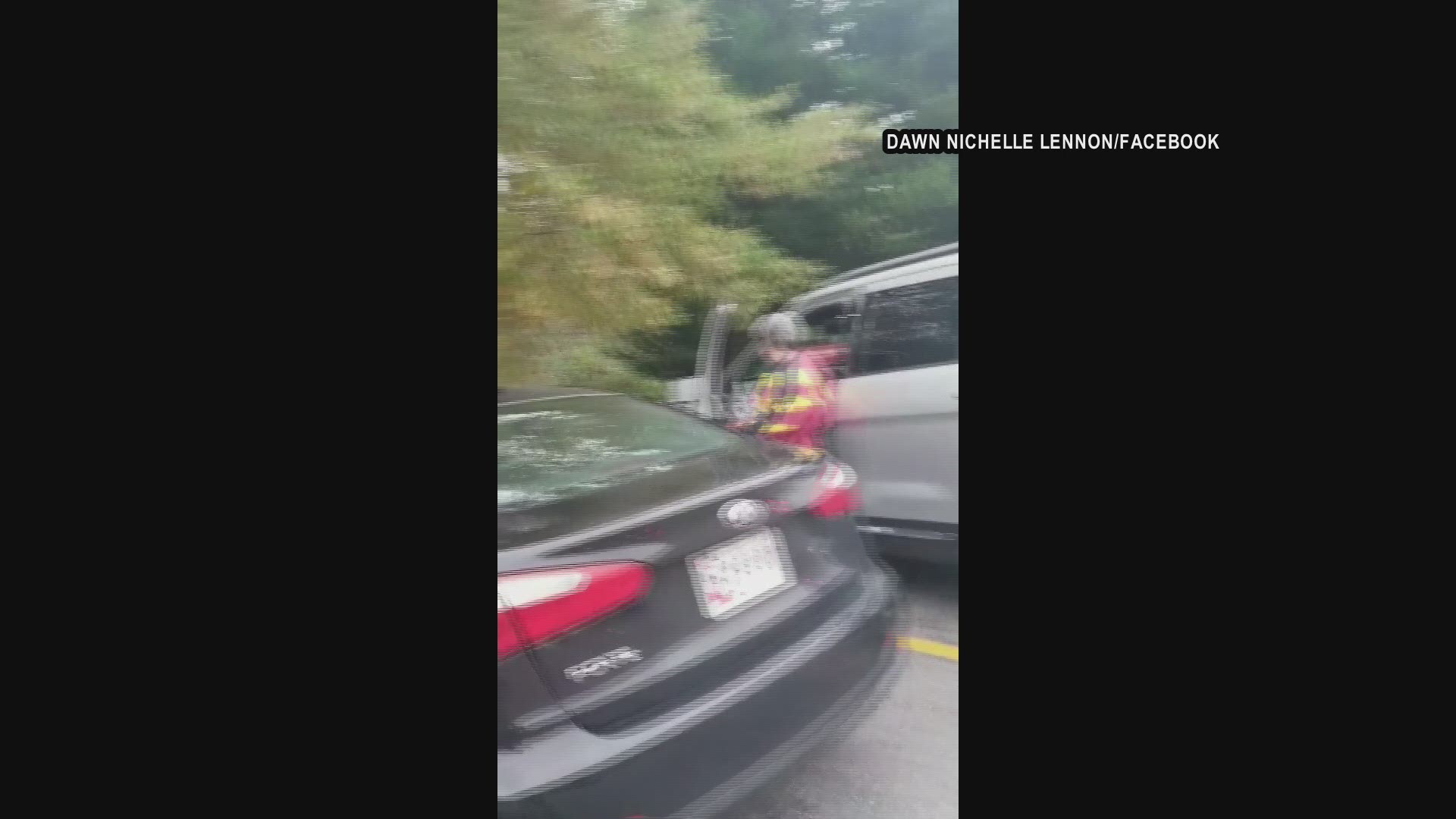 In the viral video, Lennon is heard asking, “Did you just call my husband a – the N-word?”

There’s a quick physical confrontation where you can see Sale’s hand rise towards Lennon’s cell phone as she passes.

PGCPS confirmed the woman in Redskins gear is Darlene Sale. She’s identified as a media specialist on the Potomac Landing Elementary School’s website. PGCPS said Sale started with PGCPS in 2004.

Earlier this week, a video was posted on social media of a Prince George's County Public Schools (PGCPS) employee who seemingly admitted to using a racial slur during an encounter in a shopping center parking lot. Needless to say, I am disappointed and deeply disturbed by this behavior from a PGCPS employee.

While there have been calls for me to take disciplinary action, current negotiated agreements with our union representing this employee limit my ability to address this situation directly. Additionally, there are other legal considerations. This employee, like all of us, is entitled to due process. In the interim, I have taken appropriate action to reassign the employee.

Notwithstanding, let me be abundantly clear: Any employee who does not recognize, value and celebrate the value of our diversity has no place in our community of schools. Students of color comprise the overwhelming majority of our enrollment. We educate more students of color, send more students of color to college and employ more people of color than any other school system in Maryland. Diversity is the strength of Prince George’s County Public Schools.

It is my hope that we will use this unfortunate situation to engage in meaningful dialogue to enhance our civility, respect and empathy. All of us share the responsibility of modeling these attributes for our students. And I demand it as Interim CEO of PGCPS.