Three Prince George's County Board members say they are frustrated after receiving no answers from County Executive Rushern Baker's office. 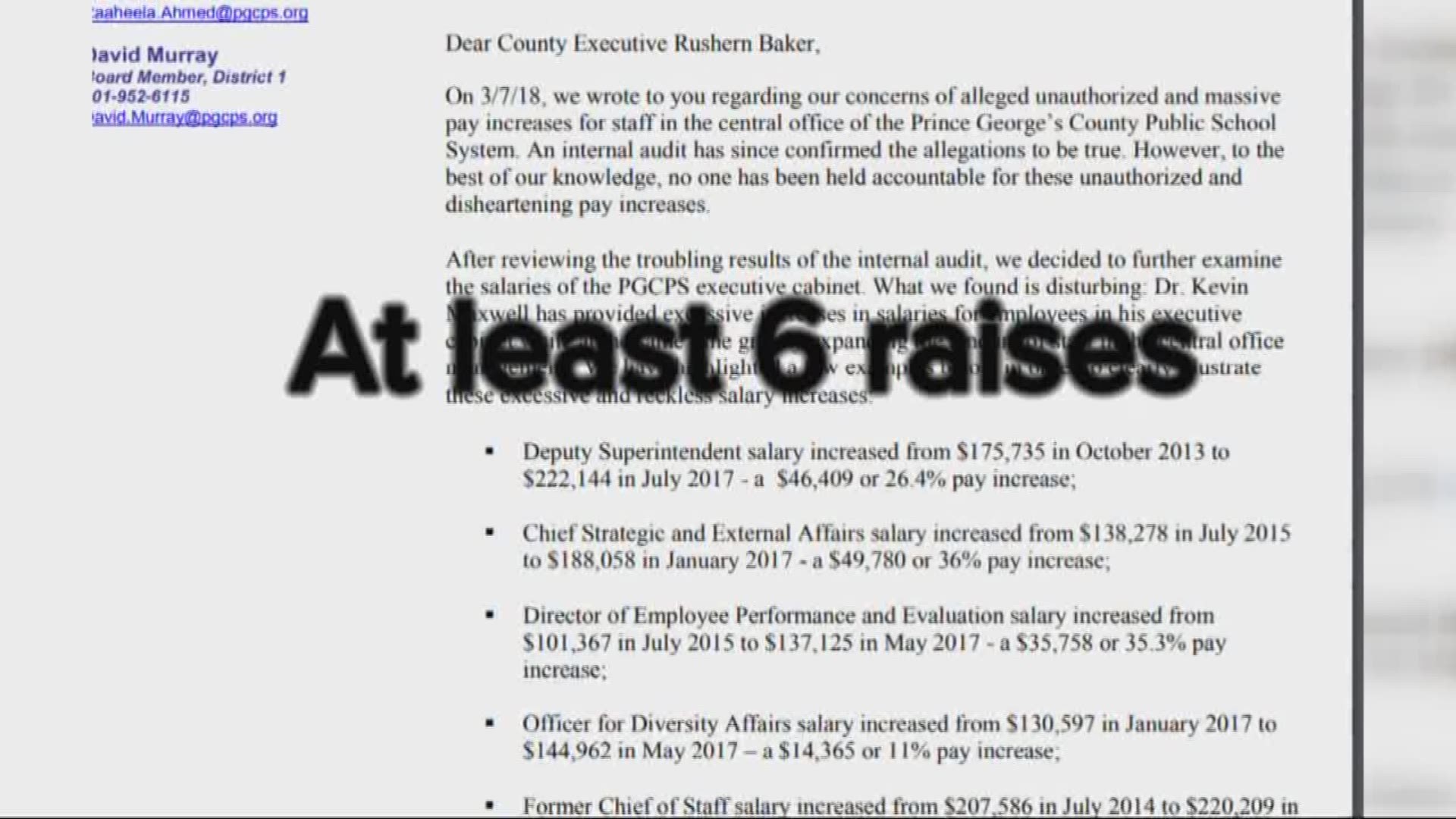 They are asking him to step in and put an end to large raises for administrators. They also want Baker to reverse a law passed under his administration, giving CEO Kevin Maxwell the authority to set salaries and raises.

Prior to that, the board had to approve all raises, but that isn't the case anymore. So far the County Executive has not taken any action.

School board member Edward Burroughs is one of three board members who penned a letter to Baker, asking him to step in after revealing large raises for Maxwell's executive cabinet. Maxwell does have the power to set raises for his staff.

This all happening while Dr. Maxwell voted against a 4% raise for teachers. The average teacher in DC starts at $47,000.

"My biggest fear is if Baker doesn't act soon, there will be a mass exodus of our best and brightest teachers. They can make 10-15,000 dollars more in DC," said Burroughs.

Dr. Maxwell is defending the raises saying they are due to greater job responsibilities, improved pay parity, and/or cost of living.

County Executive Baker has responded to the board members calls to take action by saying it is in Maxwell's authority to set the raises. He has also said this is not his issue, this is for the Board of Education to resolve.

Scott Peterson, Spokesman for the Office of the County Executive, sent out the following statement: "Mr. Baker is very concerned about this issue and has been following up with the Board of Education and Dr. Maxwell.

At this time, the Office of County Executive has not received a letter from Board Member Burroughs. We had to learn of its contents through the media. It is clear that the media continues to be used by Mr. Burroughs' for his political agenda and desire to create chaos.

Mr. Burroughs has an obligation as a member of the Board of Education to engage with his Board colleagues to find solutions to problems when they are identified by putting in place policies and procedures that will assist the CEO in running the school system in the most efficient and effective manner."