A judge signed off on a peace order, similar to a restraining order, that indicates Board Chair Segun Eubanks cannot go near board member Edward Burroughs. 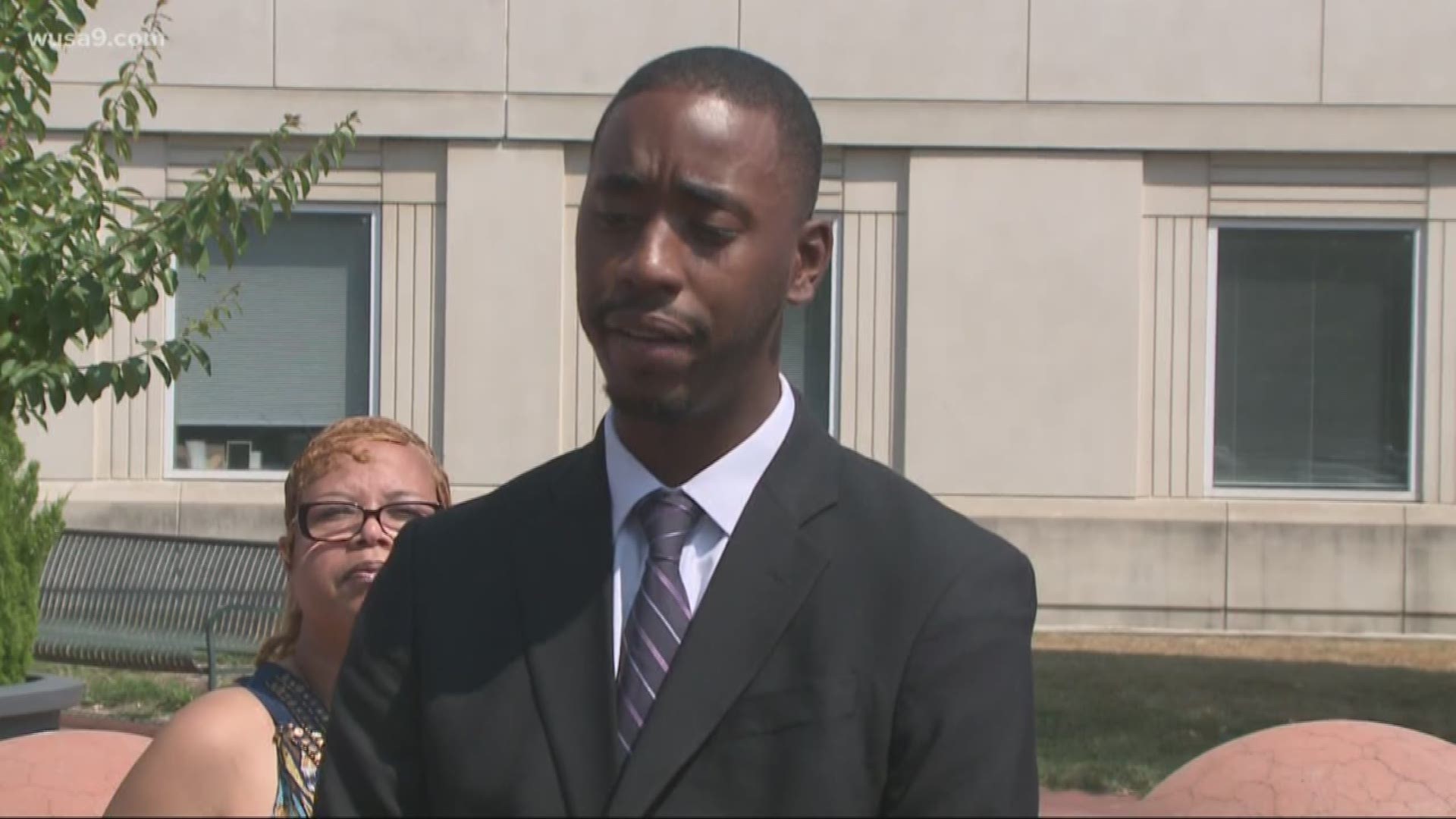 PRINCE GEORGE'S COUNTY, Md. - A judge has ordered Prince George's County Public Schools Board Chair Segun Eubanks to stay away from board member Edward Burroughs after an alleged assault. The altercation happened after a heated vote at a board meeting last week.

Monday, a judge signed off on a peace order, similar to a restraining order, that indicates Eubanks cannot go near Burroughs for at least another week.

Eubanks was ordered to not harass, threaten, or become physically violent with Burroughs.

There is one exception, they are allowed to continue working together on the board.

RELATED: Assault charges filed against PGCPS board chair after altercation

Eubanks did not appear in court Monday, but his lawyers were present. Burroughs did appear for the hearing.

Burroughs alleged Eubanks charged at him, grabbed him and threatened to "f--- him up" after Thursday's board meeting.

"I am worried because I always state my views and they are often different from the Board Chair," said Burroughs. "I don't want to continue looking over my shoulder to see if he is going to go out of control."

Burroughs said things got heated after he publicly criticized Eubanks who helped draw up an $800,000+ severance package for outgoing CEO Dr. Kevin Maxwell. Burroughs called him a "weak negotiator".

Eubanks is facing second-degree assault charges. It comes with a maximum of 10 years in prison.

"I hope the law is followed," said Burroughs. "Whatever the penalty is for second-degree assault is should be followed."

WUSA9 reached out to Dr. Eubanks. He did not return our calls.

Both sides will appear back in court next Tuesday for a trial to decide whether the now temporary restraining order should become permanent. Court proceedings for the criminal assault charges will follow.