NWS: Tornado touched down in Columbia

An EF0 tornado touched down in Columbia, Maryland Thursday evening, according to the National Weather Service. 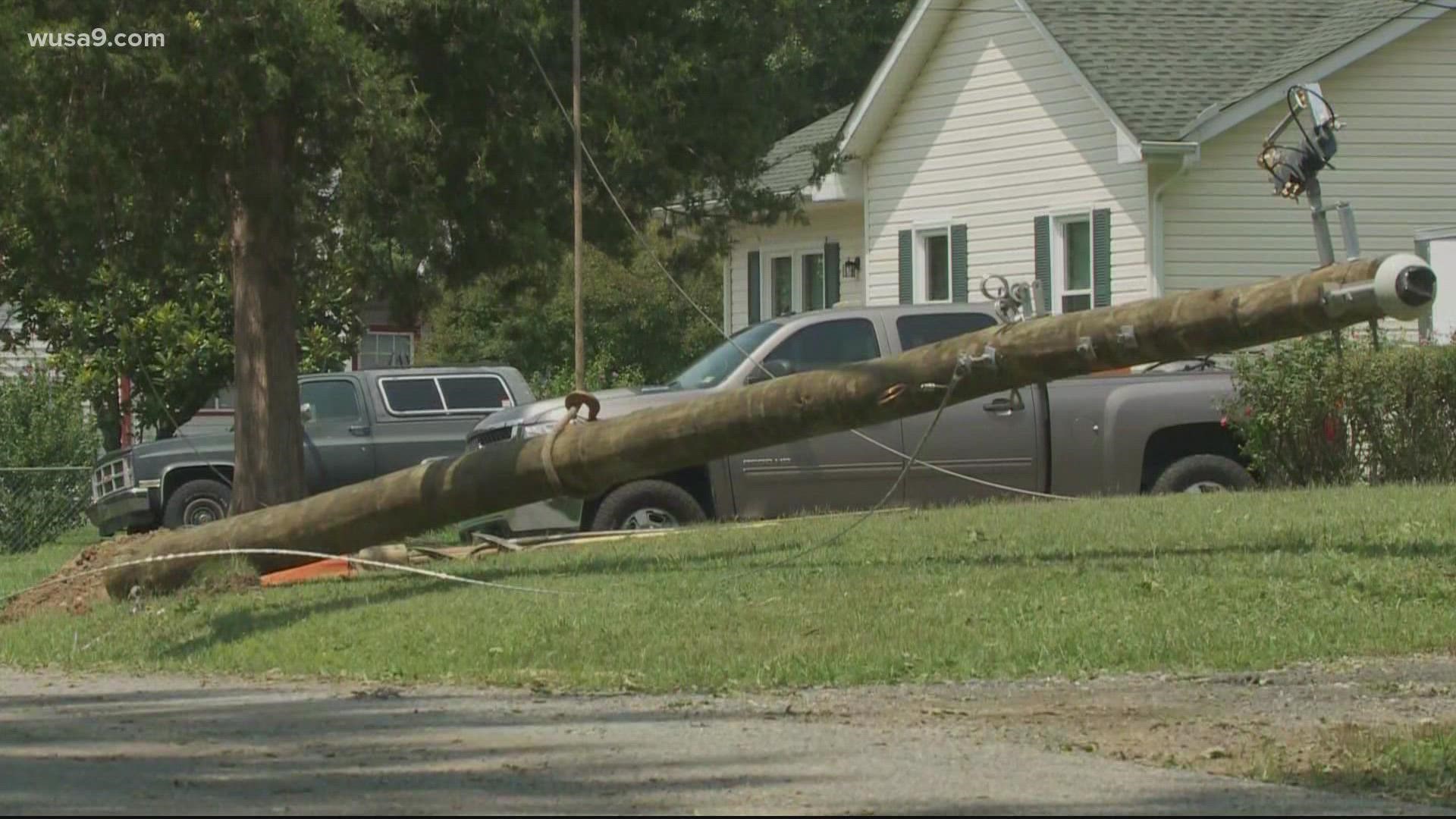 COLUMBIA, Md. — An EF0 tornado touched down in Columbia, Maryland late Thursday afternoon, according to the National Weather Service.

NWS reported the tornado touched down at the Snowden Square Shopping Mall. As it passed over a BJ's Store and Tire Center, a section of the building's wall was torn down. The facade that was ripped off was estimated to be approximately 50 feet by 20 feet.

According to a release from NWS, an employee of the store witnessed nearby shopping carts being lifted and then rapidly blown away. The store manager reported the time of the incident from a video taken in the store shortly after it happened.

NWS said the time from the video matched the time a "tight tornadic circulation with hook echo" was noted over the shopping center by terminal doppler radar.

HCDFRS is on scene in the 9000 block of Snowden River Pkwy, Columbia. | Exterior facade damage, no structural damage reported. | Building has been evacuated as a precaution and is closed at this time. County Inspections, Licenses & Permits dept will assess structural integrity. pic.twitter.com/V0GiEUKQo3

Branches from two mid-sized trees at the end of Snowden Square Drive snapped off and were thrown in various directions. NWS said trash and other debris also blew to an adjacent field but no other damage was reported.

WATCH NEXT: Thousands lose power, trees and power lines down after severe thunderstorms

Severe weather caused trees and power lines to fall to the ground while thousands were left without power.