The gunman's wife told WUSA9 she doesn't know why the shooting happened. 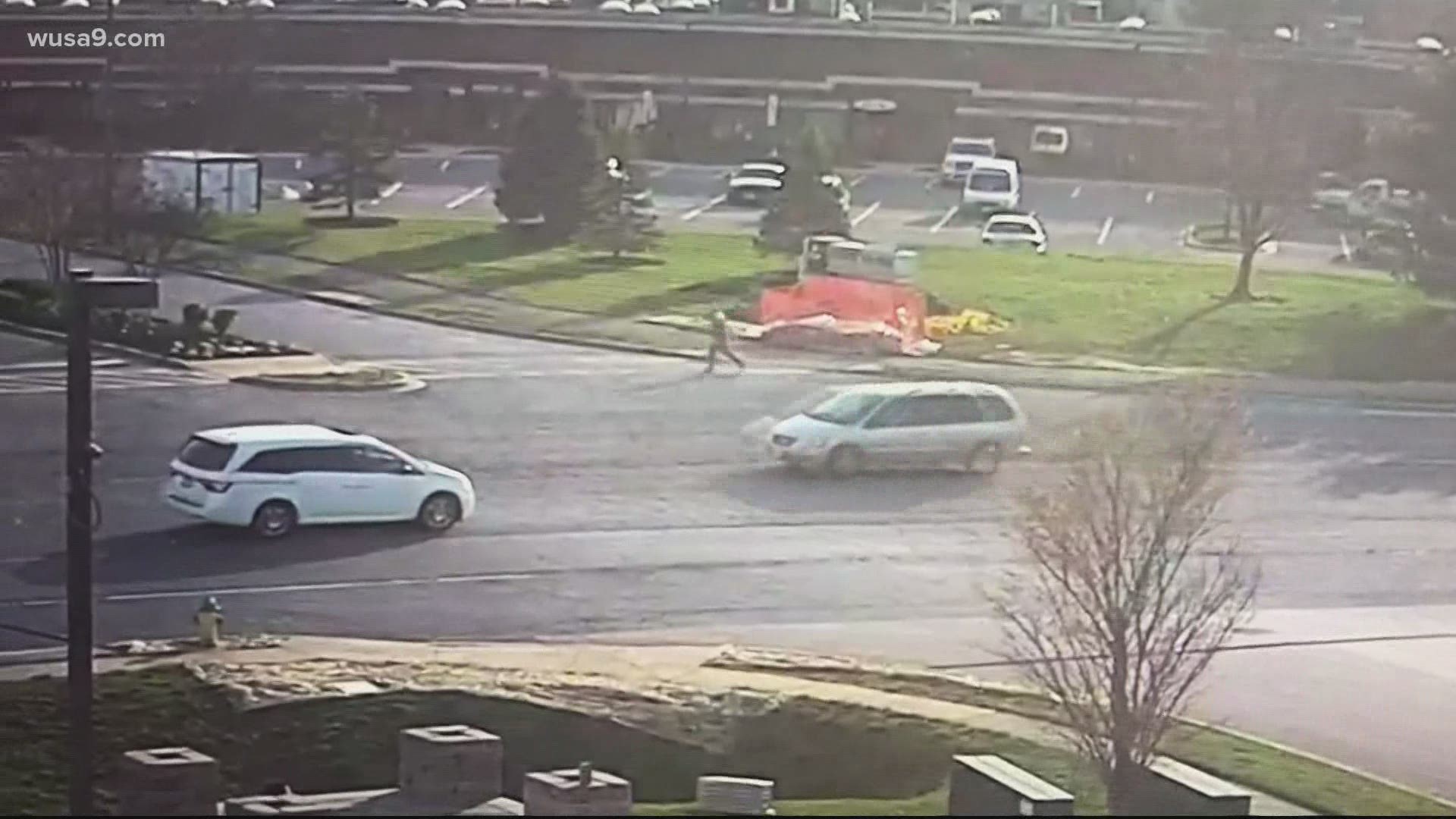 In one of the videos, the Navy sailor, still wearing his uniform, could be seen running towards the intersection of Progress Court and Monocacy Boulevard at Riverfront Tech Park. It was around 8:15 a.m. when Nutt appeared to have been looking for help from drivers.

In another camera angle, it seemed he was hiding behind a truck, even while it was moving forward. At that same moment, a black car could be seen making a U-turn at the same intersection.

Nutt is then seen moving across the traffic to duck behind another car as it made a turn.

Cameras captured Casey Nutt, a sailor shot in Frederick, seemingly hiding behind vehicles at Riverfont Tech Park. He rushed across the street to ask for help. According to witnesses, Nutt said he was being chased, believed to be in the black vehicle seen on this video. @wusa9 pic.twitter.com/pjhBg5nrel

"All he said to us was, 'I've been shot, there's an active shooter and he's still chasing me or he's still following me,'" Wagner said. "Right at that same time when he said something about a black sedan or SUV, one went by the side of our door."

Another camera angle showed that same black car driving by when witnesses recalled it being parked on the side for a few more moments.

Police said Nutt and 36-year-old Carlos Portugal were shot in a military warehouse by Navy medic Fantahun Woldesenbet using a rifle. Nutt was released from the hospital on Tuesday while Portugal remains in critical condition.

The victims and the suspects were assigned to the Navy Medical Research Center. Military officials said the suspect, who lived off base, drove to Fort Detrick and sped past the security checkpoint despite being asked to pull over.

A short pursuit ensued and when Woldesenbet pulled out a weapon, he was shot and killed by officers, according to authorities.

Woldesenbet's wife and their two young children returned to their apartment located a few minutes away from Fort Detrick. She couldn't reveal much because of language barriers but claimed she didn't know the motive behind the shooting.

Military records showed Woldesenbet joined the Navy in 2012 and began training in Illinois, then moving to Texas, North Carolina and Virginia. Woldesenbet began his post in Frederick in 2019 where he specialized as a medical lab technician.

Neighbors said the family moved into the apartment complex last year and described them as private.

RELATED: Navy sailor shot in Frederick told stranger who helped him that he knew the shooter