People who live in karst geology regions are urged to be alert for developing holes and to report them quickly. 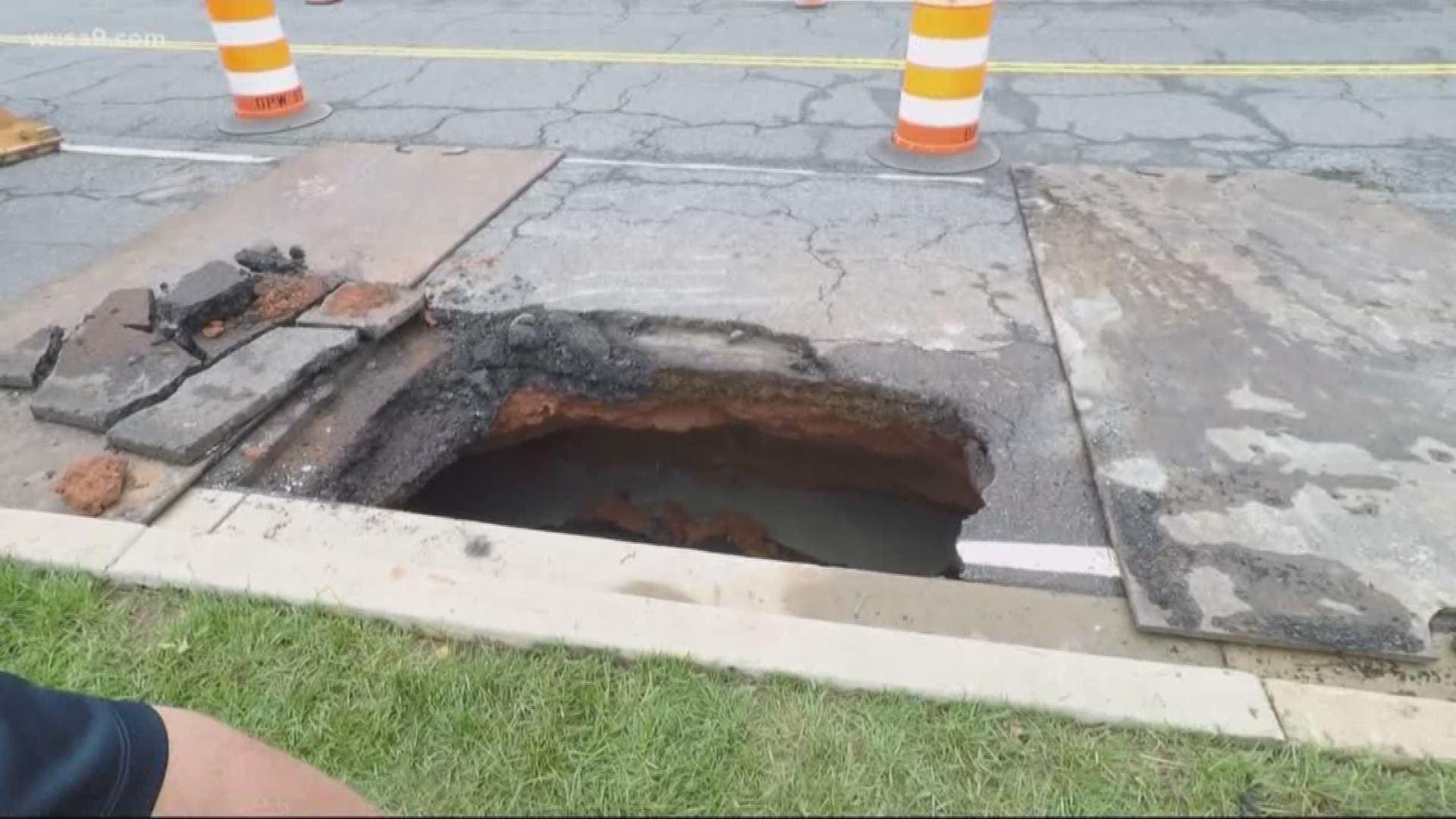 FREDERICK, MD -- Few are aware, but large swaths of the region west of D.C. are built over layers of ancient limestone that are known to suddenly open gaping sinkholes.

Those sinkholes have done everything from swallowing cars to shutting down lanes of interstate in the past two decades.

The most recent outbreak of sinkholes is now occurring in Frederick, Md., in the wake of record setting rains and flash flooding.

RELATED: Yes, a sinkhole has opened up on the White House lawn

At least three sinkholes have opened up on city property in recent days, according to Zack Kershner the city's director of public works.

The most recent hole, which opened suddenly Monday evening, closed lanes of Monacacy Blvd. near Gas House Pike. That hole was partially filled with concrete by crews on Tuesday in an attempt to stop its expansion into a deeper unseen underground cavern.

Sinkoles are a unique hazard that develop in areas of what experts call "karst geology". These are places where porous limestone makes up the bedrock below. The limestone is fraught with fissures and cracks that allow water to flood underground. The results can be spectacular hidden natural wonders like Virginia's Luray Caverns or even large subsurface rivers.

But on the surface, natural sinkholes and cave-ins can develop with no warning.

In 1994, a New Windsor Maryland man was killed when his van fell in a hole that opened on Rt. 31. The site was near a limestone rock quarry.

Similar sinkholes have plagued I-70 through Frederick. At least on motorist barely escaped when his car was swallowed in 2003. The interstate has undergone major reconstruction to stop the problem.

Areas around Frederick and Hagerstown are built on karst geology, as well as much of Virginia's Shenandoah Valley. Large limestone quarries are common in the region.

The phenomena is particularly acute during periods of heavy rain.

People who live in karst geology regions are urged to be alert for developing holes and to report them quickly.