James Johnson, 38, of District Heights, was one of two men shot and killed by off-duty Pentagon police officer David Dixon, according to Takoma Park police. 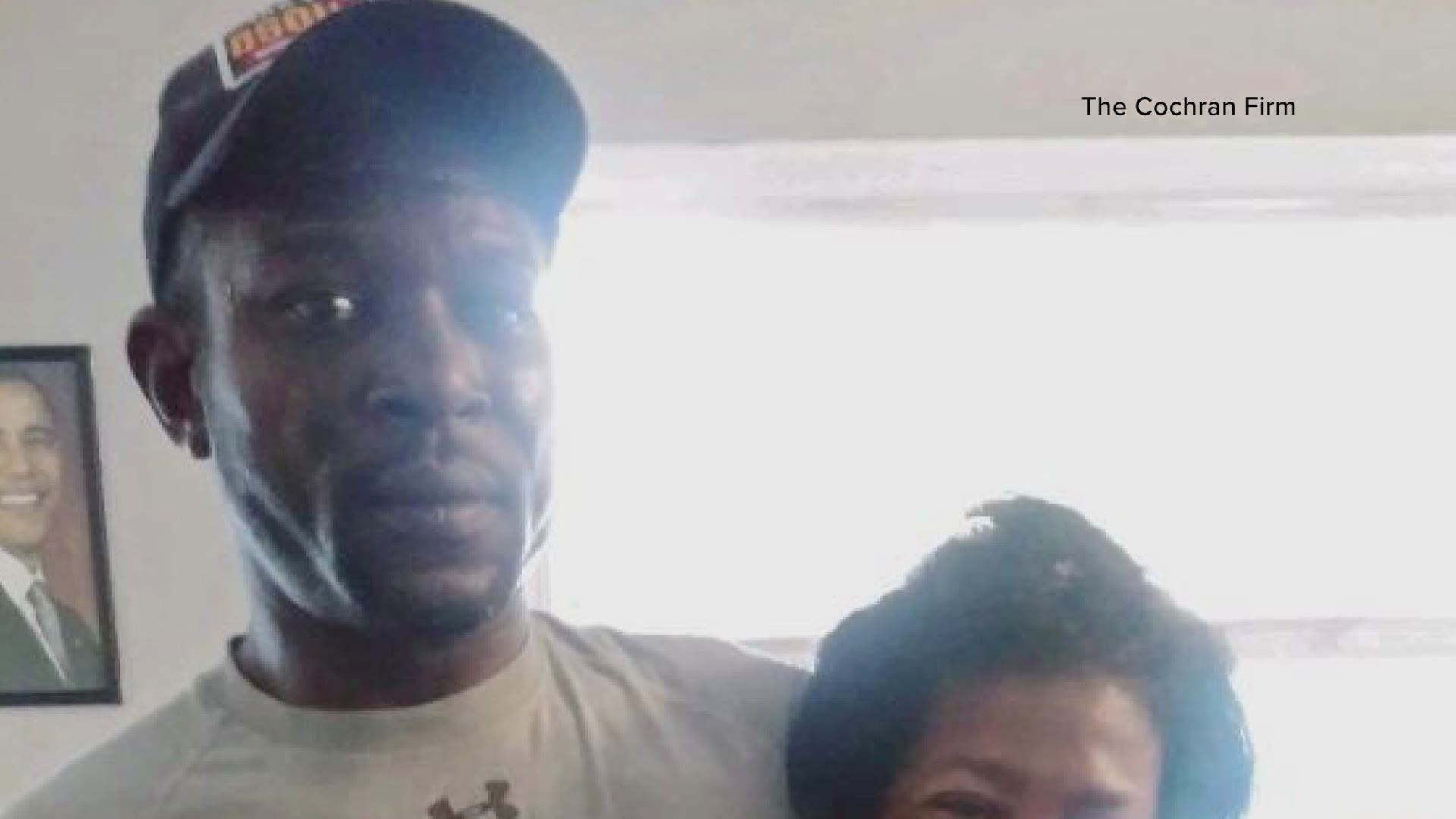 TAKOMA PARK, Md. — The family of a man shot and killed Wednesday by an off-duty Pentagon police officer says it is struggling with what it has lost.

According to a statement from Takoma Park Police, off-duty Pentagon Force Protection Agency officer David Hall Dixon fired on James Johnson, 38, of District Heights, and Dominique Wilson, 32, of Hyattsville, after he said he thought he saw them breaking into a car.

Both Johnson and Wilson would die from gunshot wounds following their encounter with Dixon.

Dixon has since been charged with two counts of second-degree murder in connection to the case.

Johnson’s family is represented by attorney David Haynes of the Cochran Firm. In a Wednesday press conference, he said Johnson and William were trying to get into a friend’s car when they were fired upon.

“He and Dominique were needlessly taken from us, and shot and killed in cold blood, for no reason,” Haynes said. “With no justification.”

Haynes could not answer why all three men were at the Takoma Park condominium complex early Wednesday morning. But he rejected claims by Takoma Park Police that the trio was involved in any sort of break-in.

“Regardless of whether or not there was an alleged property crime that may or may not have been ongoing previously, that in no way justifies the use of deadly force in any way,” he said.

Haynes added he was unaware of any previous contact between Dixon and Johnson prior to Wednesday’s shooting.

Johnson’s family said he had three children. One of his kids was less than 12 months old.

“He loved his friends,” he said. “Anything you ever needed from him. He was there.”

James Johnson's girlfriend & uncle spoke during a press conference, on the Takoma Park shooting, that wrapped up minutes ago. His girlfriend, Janae, said: "He was one of a kind." (@wusa9) pic.twitter.com/qgUzhk88MC

Marcus Korgenay, Johnson’s uncle, said the family was disappointed to see Johnson characterized as a criminal in an initial report about the case.

“I was quite shocked to see the immediate push to criminalize James in that report,” he said. “So, all of those things, just took me mentally to a place where I was just frustrated.”

Johnson’s family talked with journalists before the Takoma Park Police Department shared announced its plans to criminally charge Dixon for an incident involving in May 2020.

Takoma Park Police say Dixon confronted a homeless woman with pepper spray and a shotgun in the Takoma Overlook Condominium complex after she allegedly tried to assault him.

The department said Dixon never shared that he directed a shotgun toward the woman when police questioned him about the encounter.

Takoma Park Police say the use of force, in that case, was investigated by the Pentagon Force Protection Agency.