Four Baltimore City Fire units were called to the scene and used special tools to free trapped individuals impacted by the crash. 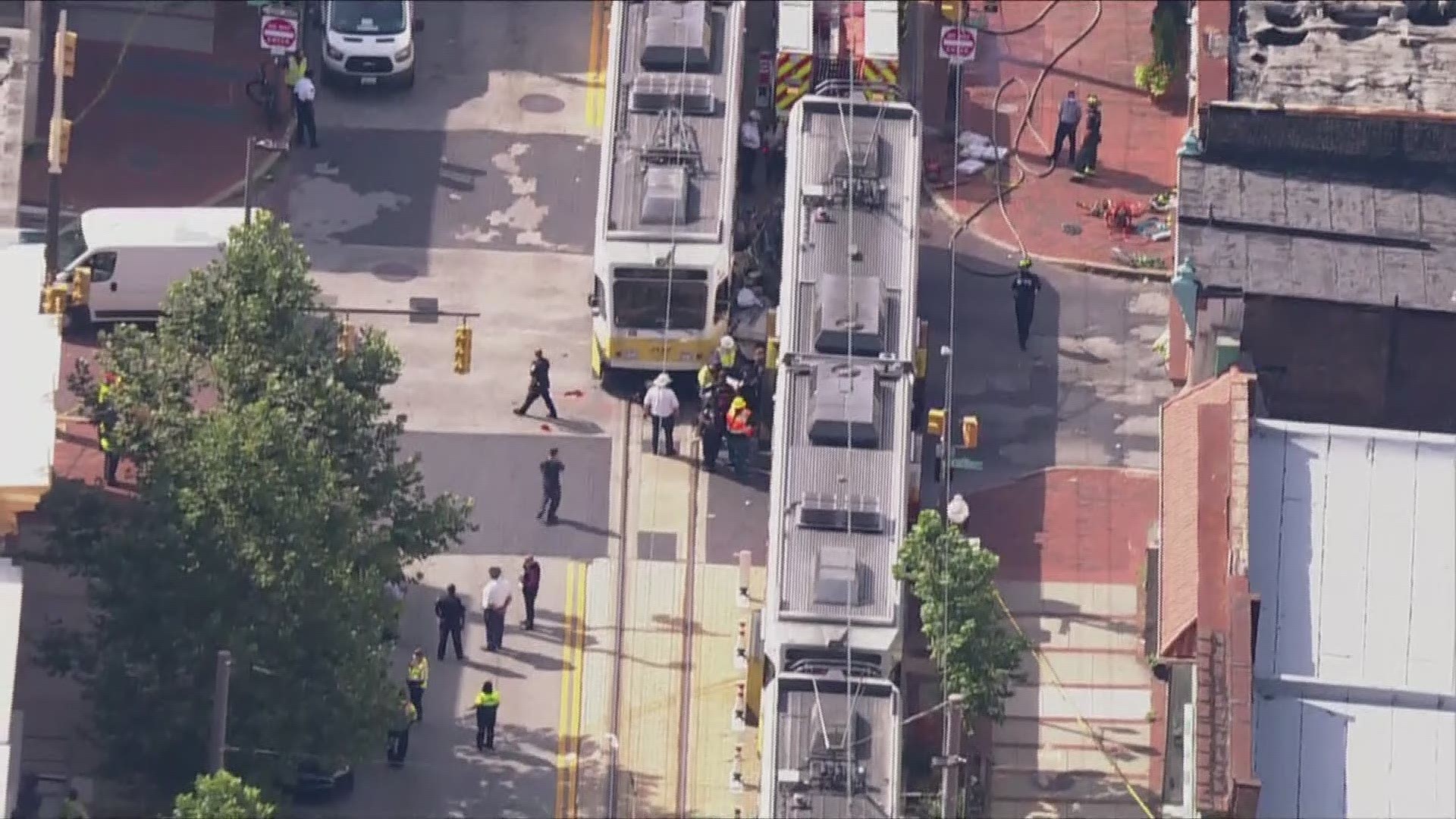 BALTIMORE — A woman is dead and a man and a child are injured after they were trapped following an MTA Light Rail train collision, involving a vehicle, in Downtown Baltimore Thursday, according to Baltimore Firefighters IAFF Local 734.

The incident happened on North Howard Street and West Mulberry Street. Officials told our CBS affiliate WJZ in Baltimore that two Light Rail trains were traveling in opposite directions when a car ran a red light and crashed into the trains.

A woman, 30-year-old a man and a 7-year-old child were trapped as a result of the collision, Baltimore fire officials said.

Officials said the woman has died, according to our CBS partner in Baltimore.

Four Baltimore City Fire unit crews were able to free the other trapped patients using special tools. The patients were transported to an area hospital, including the train operator, with non-life-threatening injuries, officials said.

MTA brought in an apparatus to lift the train from the scene.

All vehicular traffic near the scene has been blocked. Police blocked off North Howard Street and West Saratoga Street.

At this time, the train rail has stopped from North Avenue to Camden, officials said.