There's some information online now, but Montgomery County Executive Ike Leggett is expected to announce finalized plans for the county's 2018 budget next week. Will he announce more SROs for MCPS? 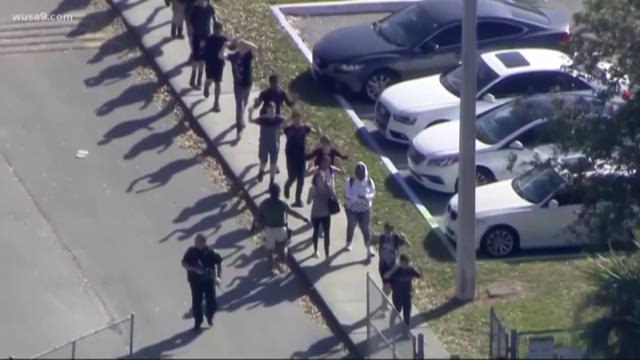 On Thursday, Captain Elizabeth Hattenburg took some to talk about some of what you don't see when it comes to SROs.

“I would say, helping a kid who’s thinking of committing suicide is as important as making an arrest,” said the Montgomery County Police Captain.

What’s an SRO? (Yes, there are people still asking this).

“We have 26 in the county,” said Hattenburg. There’s 27 if you count one on temporary assignment. That’s for the county’s 25 high schools and a technical school.

On Thursday, Hattenburg said they actually just added a new training because of the Florida school shooting.

“Next week we have an exert coming in, dealing with children who have been dealing with Trauma and that’s one more tool that the SROs could use when talking with the kids,” said the Captain.

The national arguments now are do they help?

The whole world learned how an officer did not enter the Parkland, Florida school he was assigned to during the shooting.

A 7-year-old report form the Justice Policy Institute argues against them saying police in schools actually exposes kids to the criminal justice system.

“It’s because of his relationship with the children at the school that one of the students felt comfortable enough to come to him and say, I think you need to know this information,” said Captain Hattenburg, who recalled the incident that made national headlines last week.

It was a Montgomery County SRO who found an 18-year-old student, Alwin Chen, with a loaded handgun inside Clarksburg High School one day after the Florida mass shooting.

“They are totally invaluable. Nobody knows the schools as-well-as SRO. They are literally walking the hallways every day,” said the Captain.

Hattenburg said because of Parkland, they’re planning to have another extensive active shooter training that involves the whole school building and Paintball guns for simulation. This could take place over the summer, when school is out.

Captain Hattenburg told WUSA9 the last time they did this training was a couple of years ago.