WUSA9 requested data from the district, to determine if more students were touched inappropriately and parents were not notified. 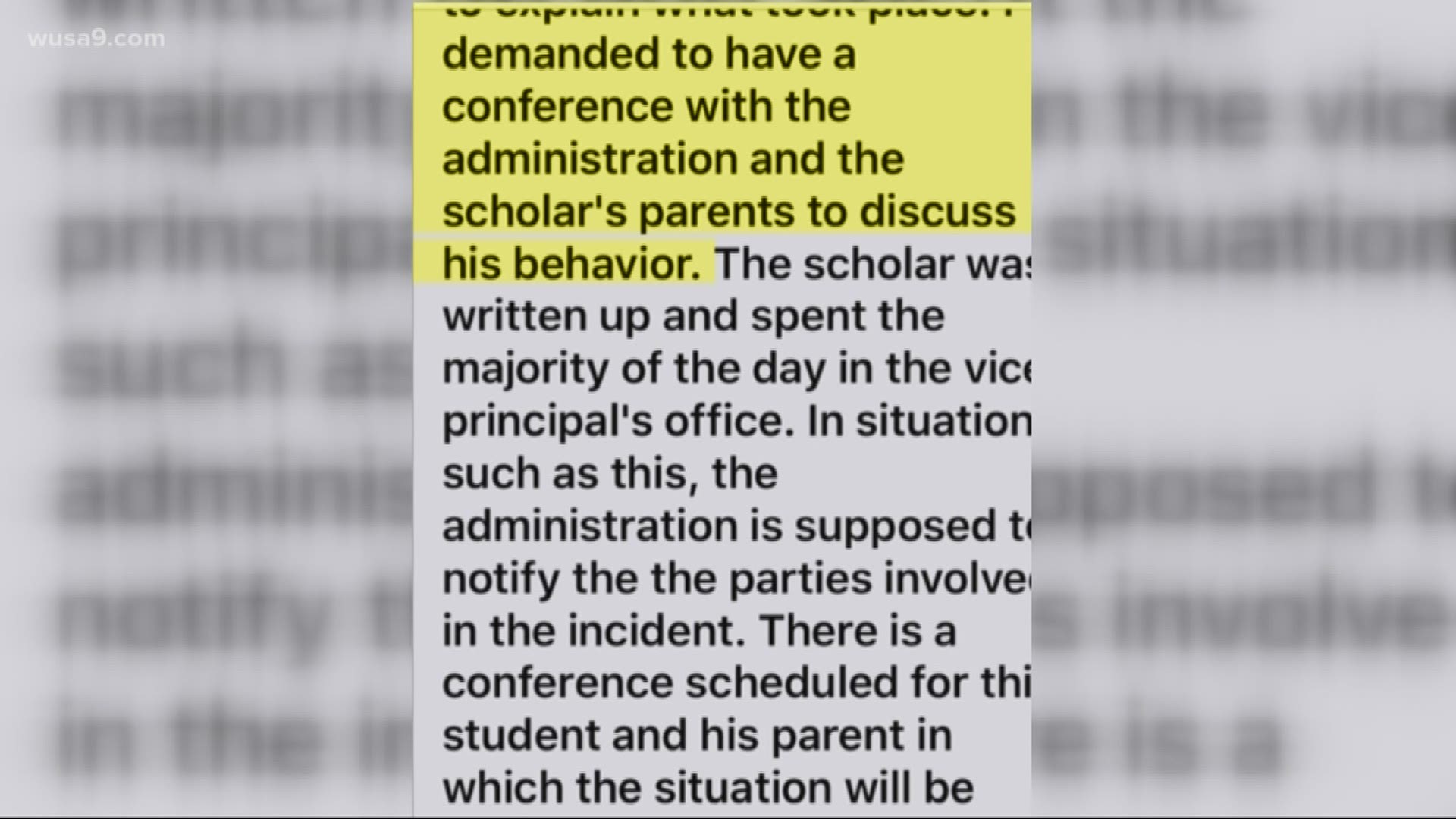 PRINCE GEORGE'S COUNTY, MD -- A Prince George's County mother said her daughter was touched inappropriately by a classmate and administrators never notified her.

She only found out when her 7-year-old daughter told her about the incident. She then began asking questions.

The school system confirmed the incident happened back on May 7th at Andrew Jackson Academy in Prince George's County.

"I want answers. I am not even suing. I just want answers," said the mother, who has asked for her identity to be concealed.

The child's mother said the night after the incident happened, her daughter was clingy, restless, and was having nightmares.

"My daughter said 'mommy, he touched me on the butt. I told him to stop but he didn't,'" said Mom.

According to a district spokesperson, the touch was believed to have been "accidental", and therefore the child's mother was not notified.

"They completely failed my daughter," said the mother.

According to school spokesperson, the boy was transferred to another class and was disciplined.

"Schools normally do not contact police to press charges or contact Child Protective Services when children are so young (7 years old). Schools counsel and teach the children about inappropriate touching. The school made sure the students were no longer in the same class. The school also provided the parent with information and assistance on homeschooling," said John White, a school spokesperson.

White added that the school's principal did have "a lengthy conversation" with the child's mother. She said that was only after she went to the school furious and demanded to speak to the principal because she was never notified.

"I had to go to them on everything," said the mother.

She said she is speaking out now, because she wants the school district’s policies changed so another mother is never again left in the dark.

"It's not like I am just fighting for my own child. I am fighting for all the other children who have been through this and maybe some adults too and didn't have no one to fight for them ," she said.

WUSA9 requested data from the district, to determine if more students were touched inappropriately and parents were not notified.

According to a spokesperson, the school doesn't keep track of that type of data and is not required to report it to the state.

If your child has been touched inappropriately, here are some resources to help determine what to do next: