A middle school in Frederick was recently a target of a "credible" threat over the weekend. 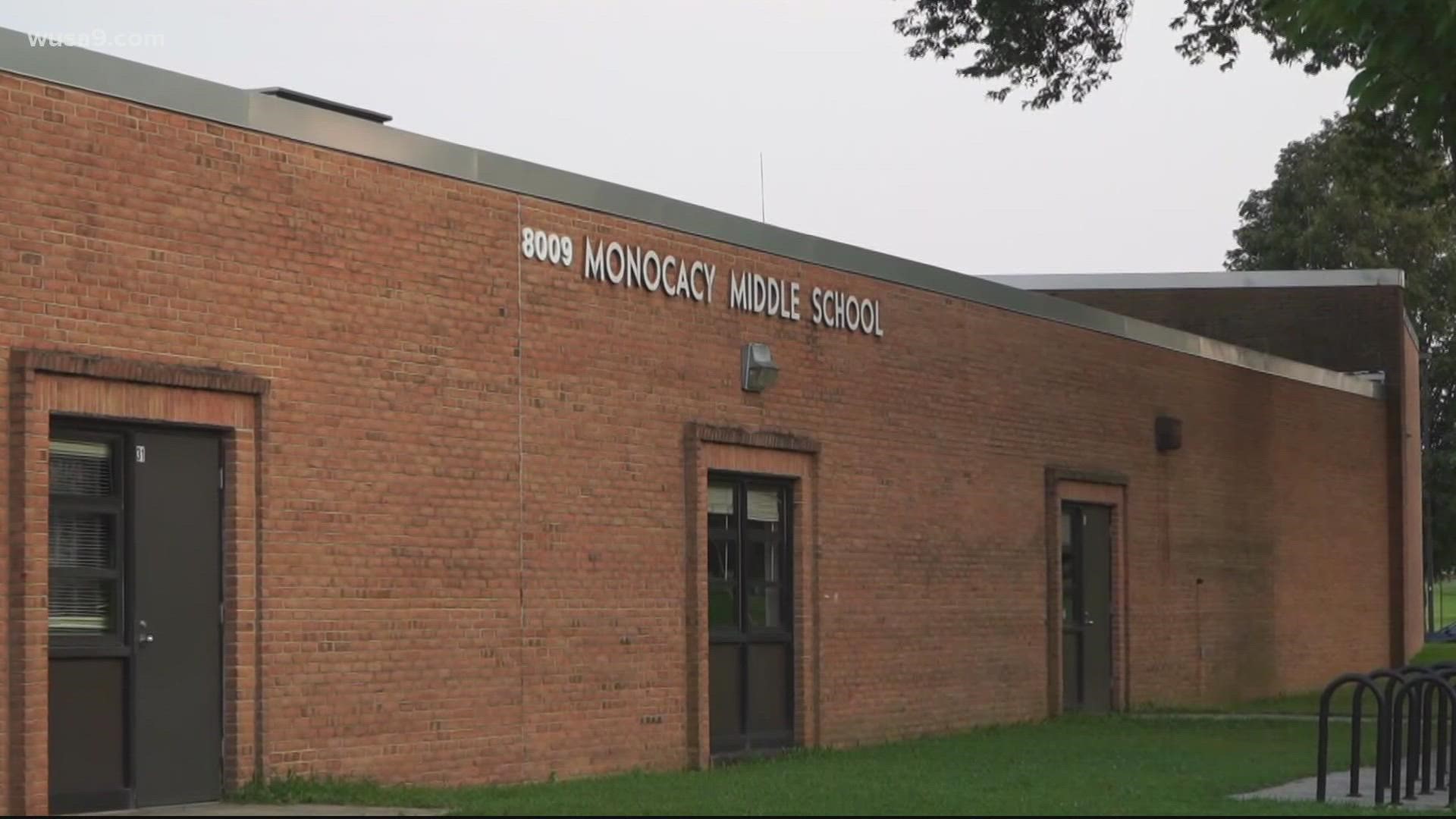 FREDERICK, Md. — A recent "credible" threat made to a middle school in Frederick is highlighting the multi-agency effort to mitigate security concerns and assure children are safe.

Frederick police said they are still investigating the threat initially posted on Snapchat, allegedly by a juvenile. The threat detailed a plan to shoot students at Monocacy Middle School including specific targets, investigators said. The families of those targets have been notified.

A primary suspect has been identified. While a plan was verbalized, it has been determined the suspects involved did not have “access to the means” to carry out the plan.

"There are parents with concerns and I fully understand being a parent to have those concerns but I want to ensure the parents and community that we are fully investigating," Sgt. Rebecca Carrado of Frederick City Police told WUSA9.

Carrado and other county leaders stress children are safe to go to class despite the threat. There is a student resource officer that is on-call 24/7 for school threats. When a reported threat comes in, the investigation begins with help from relationships developed by SRO's in schools.

"Our lines of communication are always open and we respond immediately to start our investigation promptly so that way we're not spending hours of time going through online searches, Snapchat, TikTok and all the social media basis to try and determine who posted the initial post," Carrado added. "We have great relationships and we are able to speak with the students and they're comfortable with us and are willing to give us information to keep our school safe."

The report of a threat may come from the school principal or the Maryland Center for School Safety, which receives information and distributes it to the appropriate district. The school system uses FindOutFirst to notify parents via email or text.

FCPS has received a limited number of threats in the past, according to Blundell.

"What did work is the communication line between each entity," Blundell said. "Getting the information out to the community as quickly as we can and detailed as we can to alleviate concerns."

The same scenario happens at schools outside of the city limits. Sgt. Kevin Britt of the Frederick County Sheriff's Office has 16 deputies working to keep children safe in schools. All of the departments help create a threat assessment team as a collaborative effort to mitigate the first threat and how to improve protocols moving forward with the particular threat.

Mental health services also become a part of the conversation.

"Mental health in a lot of these cases is one of the biggest things we're seeing, so, the best mental health support for these kids the better," Britt said. "We want to provide the best support to these students so this doesn't happen again."

Officials are urging parents to use the recent situation to serve as a reminder to stay on top of their child's social media activity.