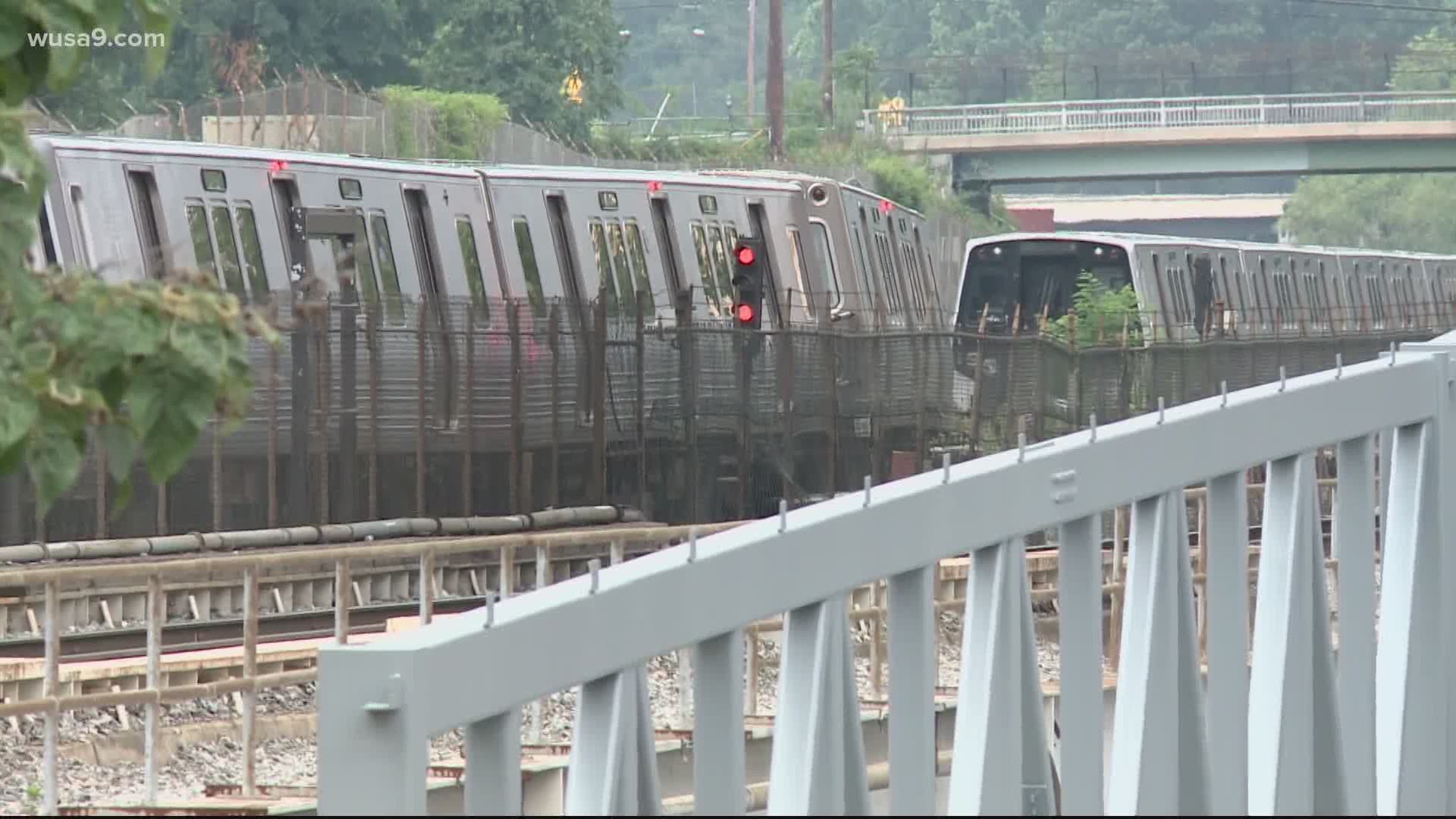 The outbound Red Line train derailed on the platform at 8400 Colesville Road near East-West Highway around 11:20 a.m., according to WMATA.

A spokesperson said as the train was departing Silver Spring Station, the leading two cars of a Red Line train derailed at low speed.

The Red Line train was traveling to Glenmont and had just serviced Silver Spring Station. Six of the train's eight cars had not cleared the platform when the train stopped following the derailment, and passengers were able to exit the train using the standard doors, according to a statement from WMATA.

The Washington Metrorail Safety Commission sent its own investigators to the scene to analyze the cause.

“Our preliminary information suggests that this 7,000 series train ran a red signal," Max Smith, spokesperson for WMSC, said. "We have to look into exactly why that happened. There are different circumstances about how that can happen in an acceptable way or an unacceptable way. Obviously, in this case, the switch looks like it might have been misaligned or something, but that’s what we have to investigate as we go forward.”

Smith said their experts said it appeared that the first two cars were routed to different tracks.

"The first car on the train was routed toward a center track, they call it a pocket track, where you might store an extra train that might need to go into service," he said. "And the second car looks like it kind of remained on the correct path toward Glenmont, so that’s where you ended up with the derailment.”

Here's a look at the scene: 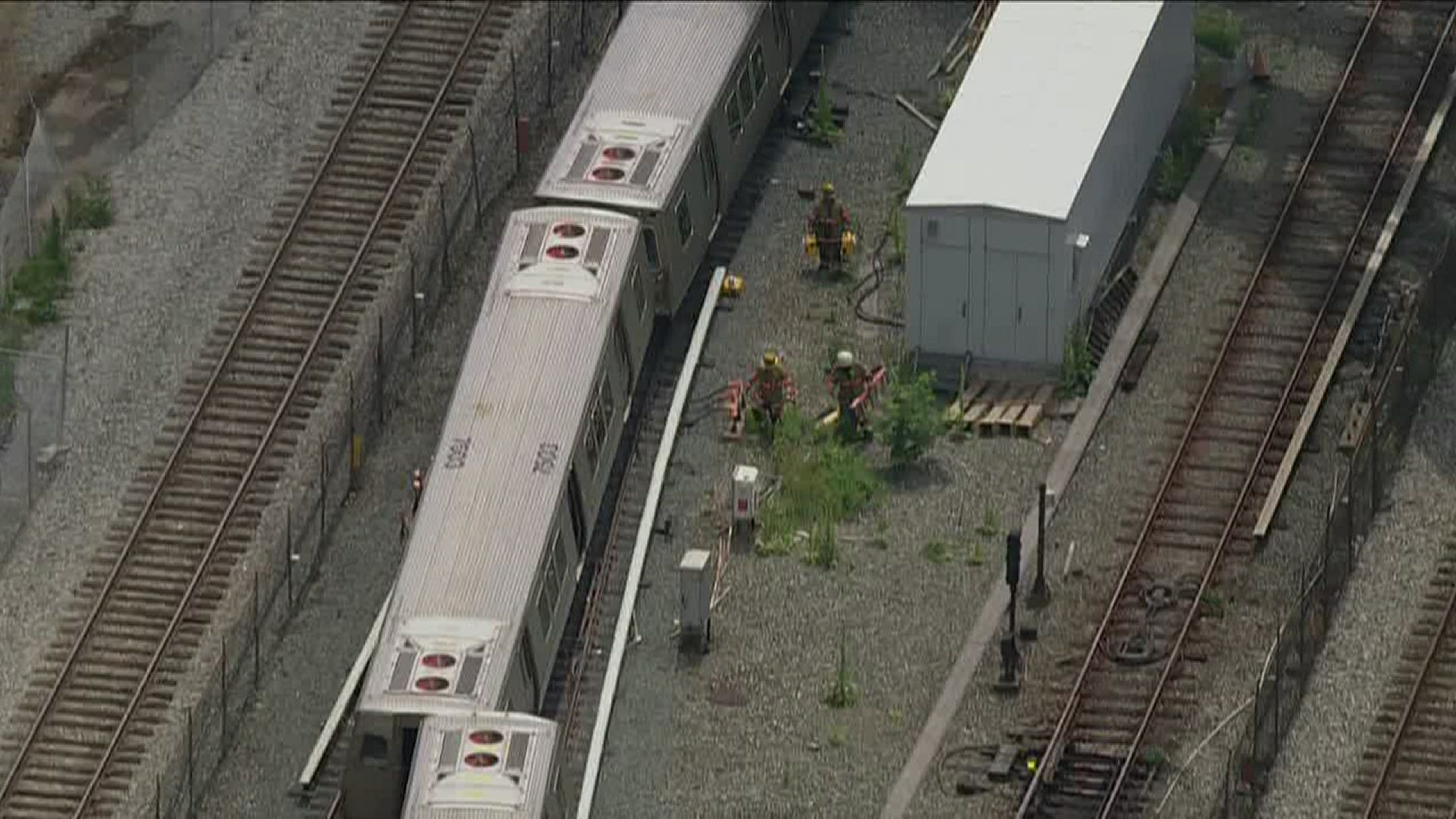 Smith said occasionally, it is acceptable to run a red signal.

“When you have something like this happen, it would suggest that this wasn’t an acceptable method of passing a red signal, but just to note there are situations where you can get permission," he said. "But in those cases, it requires levels of approval and communications and things… the fact that it was a red signal violation if the preliminary info holds up doesn’t mean that that’s the root cause of this problem.”

Spokesperson for Montgomery County Fire and Rescue, Pete Piringer, said the conductor and one person were stuck inside of the train due to a jammed door, but emergency crews were able to get them out. The train operator was taken for required post-incident testing, per federal regulations, officials said.

The majority of the passengers self-evacuated from the other cars, or were assisted by Montgomery County firefighters who responded at the scene minutes after the initial call.

A large presence of transit police and emergency response crews were called to the scene to access the damage and check passengers for injuries. There were no injuries among the 32 passengers.

There were far fewer riders than there would have been pre-pandemic.

WMATA ridership data shows that over the last few weeks, Metro has seen about a 90% drop in ridership from this time last year.

While the investigation into the derailment is ongoing, current information does not indicate any conditions or failures related to infrastructure or equipment, Metro officials said.