Prince George's Hospital Center saves hundreds of DC patients' lives a year. In 2021, it's moving away

UM Prince George's Hospital Trauma Center is the closest hospital for D.C. residents east of the Anacostia. But that won't be true for much longer. 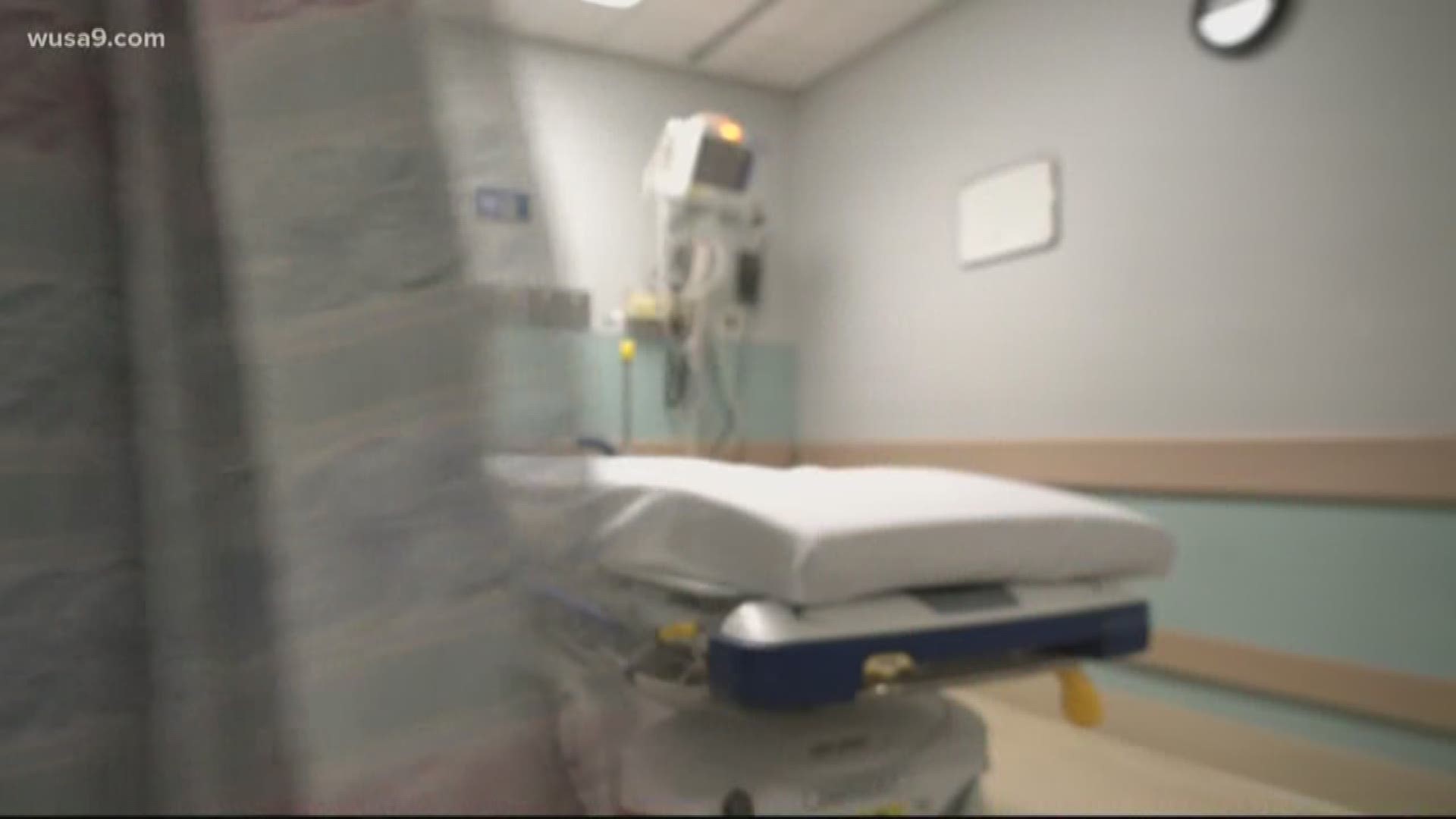 Staff said sometimes they barely have time to think between moving from one critical patient to the next.

"We constantly are busy moving people through in and out. Sometimes so busy that we don't have the time to just sit down and take a deep breath after one of our severe traumas," said Kim Grady, the hospital’s former emergency department director of nurses.

Because of the hospital's location in Cheverly, hundreds of the trauma patients it treats every year come from D.C. It's the closest trauma center for tens of thousands of D.C. residents who live east of the Anacostia River.

But that may change soon. Next year the hospital is scheduled to close and reopen in a new location in Largo, which is 10 miles away.

A Spigot that Never Slows

UM Prince George’s Hospital Center's new trauma center director, Dr. Brandon Bruns, has only been with the hospital for a few months. Before that, he was at R  Adams Cowley Shock Trauma Center in Baltimore -- the busiest trauma center in the state, with more than 6,000 patients a year.

"I had heard that Prince George's had a very busy trauma center," Bruns said. "I think, until I was actually on the ground, I didn't realize just how consistent the volume was."

Most patients are taken to the trauma center with life-threatening-injuries from car crashes. The second most common reason: gunshots and stabbings.

"It tends to be younger males. It can get emotionally trying, especially when things don't go well and you have to deliver bad news to families," Bruns said.

"We sometimes get emotional with the family because it's very hard to tell someone the person you woke up with will not be the person you're going to bed with and this will be a lifelong thing," Grady added.

Even though doctors are often required to deliver devastating news, most patients at the trauma center do survive. Hospital data shows a 96 percent survival rate for trauma patients who make it through the front door.

Roy'Nal Hill, 14, was taken to the trauma center with gunshot wounds in May 2019. He was shot while standing outside with a group of friends. Police said he was not the target.

While surgeons saved his life, Hill is now paralyzed from the waist down due to a bullet striking his spine. Months later, Hill is still recovering, and is now home-schooled.

"I've been focused on trying to get back on my feet," Hill said.

The surgeons at Prince George's Hospital are worried about some of those living in D.C. and across the line in southern Maryland because in traumatic cases, every second dictates the outcome.

The Cheverly location is closing next year and being moved farther away to a new, state-of-the-art regional center in Largo early next year. Construction is scheduled for completion in December, with the grand opening set for April of 2021.

A research initiative is underway to figure out the specific D.C. neighborhoods from which victims are transported.

Bruns and Grady said they’re not just saving thousands of lives every year. The hospital also has a relatively new violence intervention program to help those who have been shot or stabbed get their lives back on track.

"You don't hear about those stories and sometimes that's the story that needs to be told. The world is violent, but there are successes from that violence. We have taken people to get their license, have their first job interview, get their first job," Grady said.

A new hospital is planned for the city's east end in 2023.