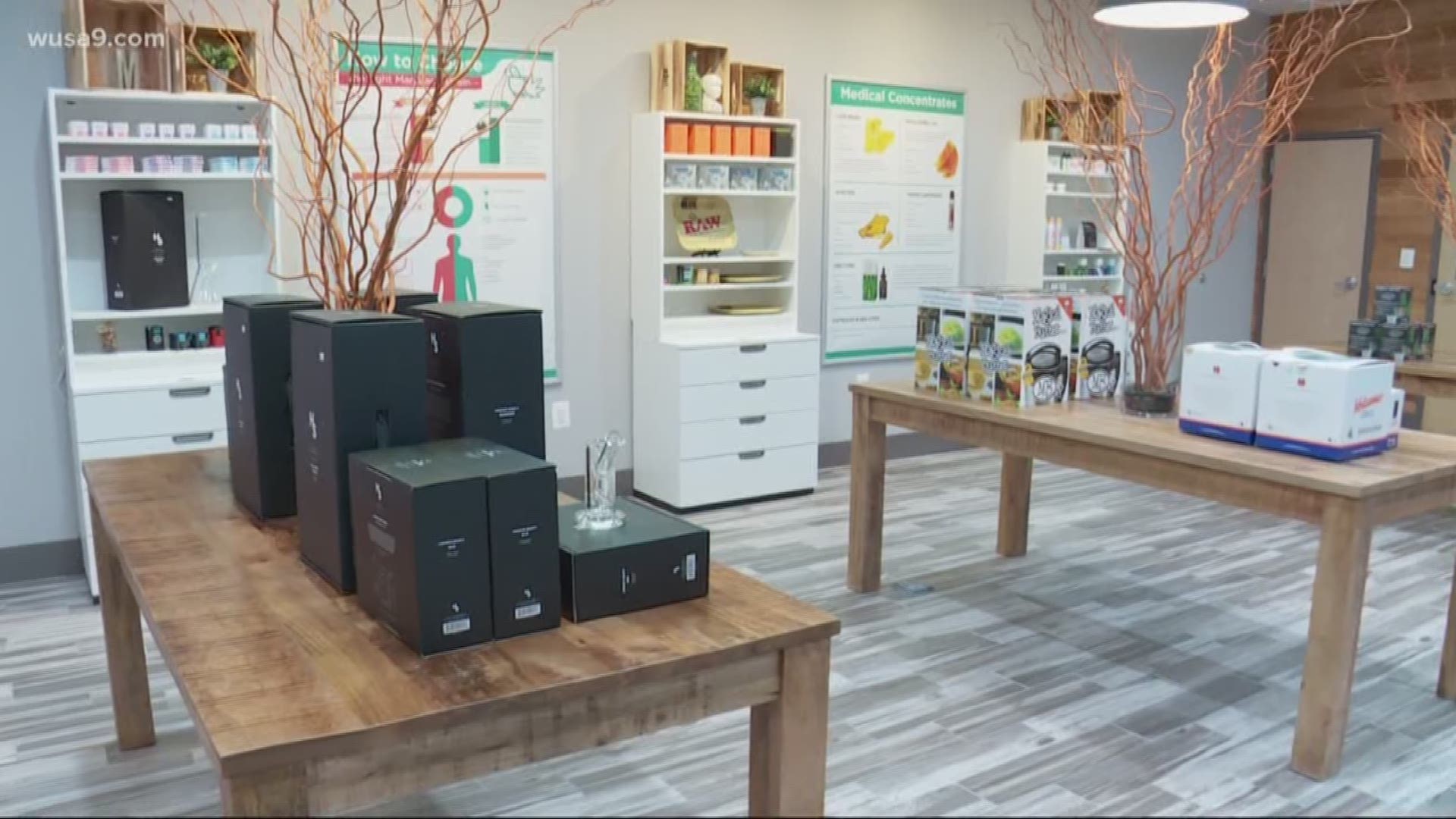 A new medical cannabis dispensary has opened in Prince George’s County and one of its co-owners hopes the business will encourage more people like her to get in the industry.

The dispensary, Mary and Main, had its soft opening on Monday at its location along Hampton Mall Drive Capitol Heights.

Bowie native, Hope Wiseman, 26, is one of the dispensary’s co-owners. Last winter, she received media attention from publications across the nation when her plans to open the dispensary became public.

"But, I hope that someone knocks that title right from me as soon as possible,” she said. “Because we need more African Americans in this industry.”

Wiseman said Mary and Main is the first African-American owned dispensary to open in Maryland. She added there are a few other minority owned dispensaries in the state too.

However, minority involvement in Maryland’s cannabis industry is still low.

The state did not award an African-American owned business a license to cultivate marijuana during its first round of licensing. That decision came despite the fact one third of Maryland’s population is black.

However, the success Mary and Main experienced on its first day might just encourage other African Americans to pursue similar opportunities.

Wiseman said seven patients lined up at Mary and Main’s entrance before its doors even opened Monday morning.

Bowie native Hope Wiseman, 26, says she’s the youngest African-American #cannabis dispensary owner in the US. Her new business, @MaryandMain, opened today in Maryland. Hear from her tonight on @wusa9/11p. pic.twitter.com/W6MmAHkPoN

She said local, African-American patients may feel more at ease consulting with employees at her store.

"There's a difference with going to someone for help that doesn't look like you,” she said. “Sometimes you might feel a little nervous or like you don't belong, but we want to make this feel like a place where everybody belongs."

Wiseman loves the business side of Mary and Main too.

She said she majored in economics at Spelman College and had a job in investment banking after graduation. However, she admits, that she never would have guessed she would be working in the cannabis industry.

"I'm so thankful that it is what I'm doing,” she said. “Because not only do I get to help people, but this industry is ever changing."

Prince George’s County resident Timothy Fitzgerald was one of roughly 30 patients to enter Mary and Main ON Monday for its soft opening.

He said he was happy to see the business open in the community.

"There are very few [dispensaries] in the Prince George's County area, inside the Beltway, and I just found this today,” Fitzgerald said. “Outstanding."

He added he would like to see Prince George’s County create a program to train more people to follow in Wiseman’s footsteps.