The Baltimore Sun reports Maryland will become the first state in the nation to ban polystyrene food containers. 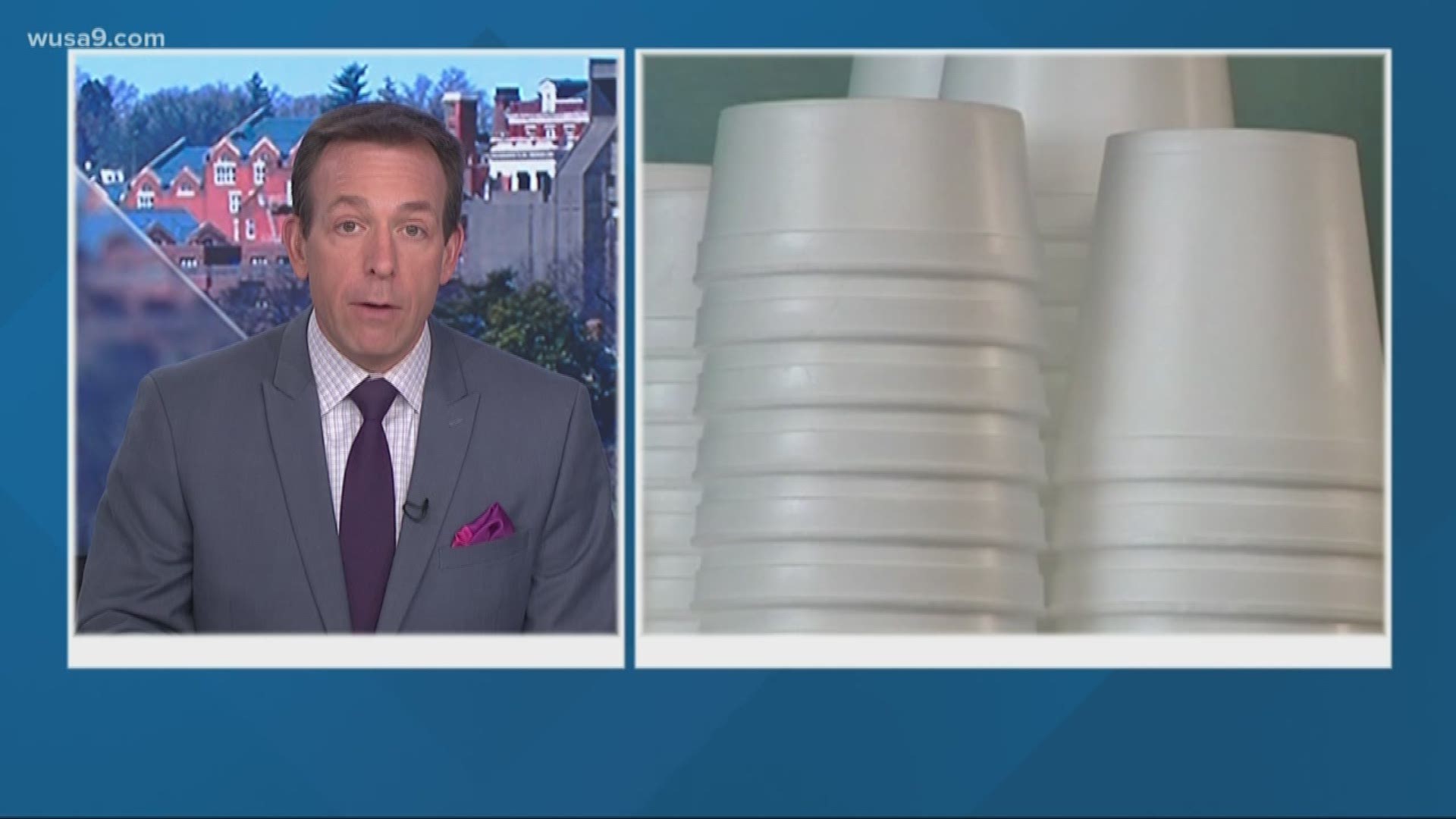 The Baltimore Sun reports Maryland will become the first state in the nation to ban polystyrene food containers when the law goes into effect on Thursday. Maine, New York and Vermont have passed similar bans, although none of those other measures has taken effect yet.

Maryland’s law originally was scheduled to take effect on July 1, but state officials gave restaurants more time to use up their stock of the foam containers during the COVID-19 pandemic.

The ban became law without the signature of Gov. Larry Hogan, a Republican.

Credit: Getty Images/iStockphoto
Close-up of delivery man handing a slack of foam lunch box - Foam box is toxic plastic waste. It can be used for recycling and environment saving concept

The law’s advocates say replacing containers made with fossil fuels with ones made from more sustainable materials will help reduce pollution and other harmful environmental impacts.

“We will learn how best to implement it,” Grumbles said, “and other states will watch us closely.”

Many Marylanders already live in counties that already have imposed bans on foam containers.

But some restaurant owners complain that the ban is forcing them to find costly alternatives to foam when the pandemic is devastating the industry.

Captain Dan’s Crabhouse in Eldersburg is switching from foam to plastic containers for its takeout orders. Restaurant owner Dan Schuman said he will raise prices to cover the costs of the more expensive containers.

“We don’t like increased costs,” Schuman said. “No restaurant does. Because we have to pass that onto the customer.”