They conducted a modest prayer ceremony on a dock at the headquarters of the Patuxent River. 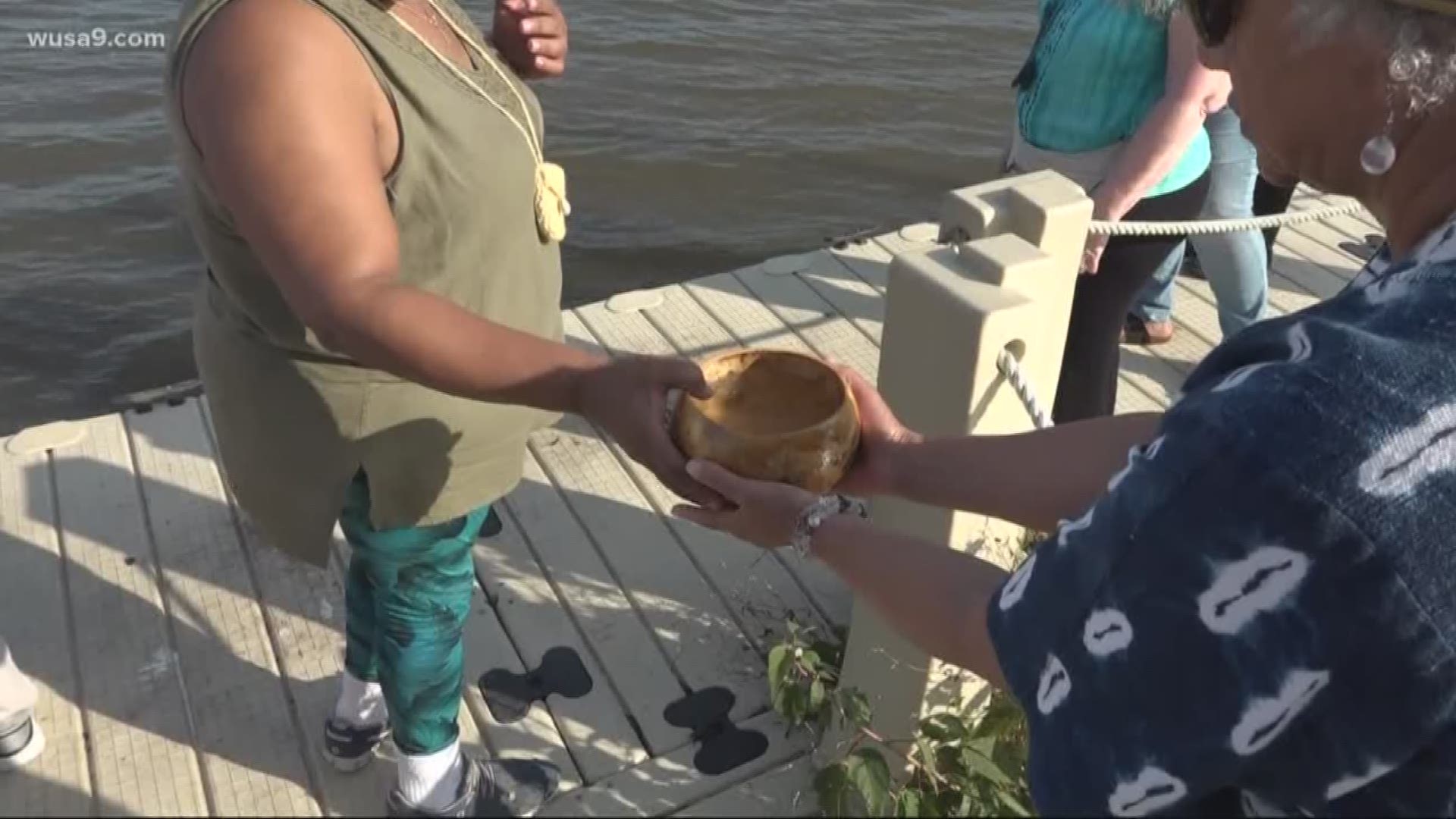 UPPER MARLBORO, Md. -- Columbus Day is nothing to celebrate in parts of southern Prince George's County and Northern Charles County in Maryland where some prefer to call it Indigenous Peoples' Day.

Communities like Cedarville are the historic home of a number of families who are direct descendants of the Piscataway people, a once-powerful tribe that inhabited the region before colonization in the 1600's.

The Piscataway people are recognized by the State of Maryland as the only surviving tribe with a fixed presence in the state.

RELATED: For first time, Columbus will not observe Columbus Day, its namesake holiday

On Monday, a small gathering occurred on the banks of the Patuxent River to recognize the roots of native culture in the region.

They conducted a modest prayer ceremony on a dock at the headquarters of the Patuxent Riverkeeper.

"We refuse to acknowledge Columbus Day as America sits on stolen, occupied indigenous land," said Valerie Proctor, a Piscataway from Cedarville, Md. "This history matters because if we want to talk about justice, how can we do that if we are going to ignore an entire group of people."

Proctor is a graduate of Towson University who works to promote solar energy technology development.

Proctor said few residents of our region recognize the role native culture's played in the history of the area noting that the names of major features like the Potomac and Sequehanna Rivers are derivatives of native names. She says fewer know that native American families continue to exist in the region because they do not match the stereotypes conjured by Disney's Pocahontas or the name of Washington's football team.

"On Columbus Day we honor the people who are still here and resilient and resisting," Proctor said.