"I feel really privileged to not only represent dark-skinned women in the magazine but also in the industry," Tanaye White said. 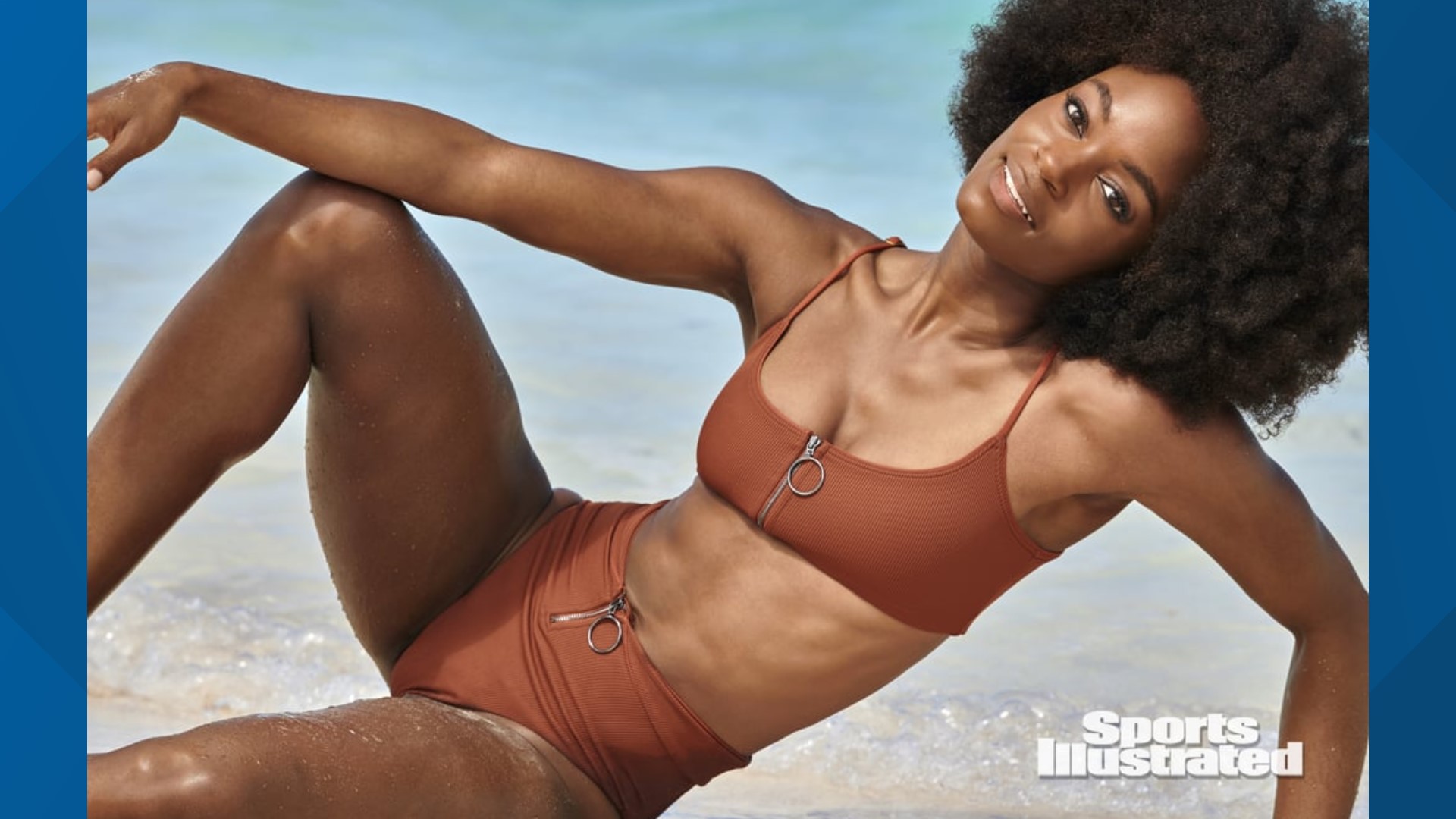 Annapolis native Tanaye White was on her way to climbing the corporate ladder but at the age of 27, she decided to finally pursue her secret childhood dream.

White started out by taking the traditional route to success.

She received her Bachelor's degree from the University of Maryland in economics and a Master’s degree from Georgetown University in Public Relations and Corporate Communications. Soon after graduation, she landed a job at one of the top defense and aerospace agencies in the world.

But she had always wondered what her life could be like if she had just followed her dream.

“I told a friend a few months prior, 'Hey, I’ve never said this to anybody but I actually would love to become a Sports Illustrated model someday,'” White said.

With no modeling experience, White auditioned for Sports Illustrated in 2018 on a whim.

Out out of 3,000 girls, she made it all the way to the top 16 finalists. Unfortunately, she did not make the cut that year.

She continued to work her corporate job during the week and on the weekends she would practice modeling.

“I was like, ‘You know what? I got so close without much experience, let me try again,'” White said.

So she did, and this time she made it. Now, White is the only woman in Sports Illustrated 2020 magazine sporting her Afro.

“Other girls have an extensive resume, they have the look and the feel and the vibe and I was literally just a girl who worked in an office 9 to 5,” White said.

For the first time in a long time, White finally feels like she is living for herself. She quit her job 10 months ago and is now modeling full-time. She learned that there is never such a thing as not having enough experience when you are walking with purpose and passion.

“I feel really privileged to not only represent dark-skinned women in the magazine but also in the industry because there are so many things we need in order for Black women to feel included,” White said.

But with White, It doesn't stop at just modeling. Ultimately, she wants to use her platform to bring attention to the importance of mental health. As a teenager, she struggled with depression and suicidal thoughts. She also lost a close friend to suicide.

She thinks that it's really important that supermodels use their voice and she plans to use hers in ways to positively change the world.

Tanaye shares tips on how to start a modeling career from the ground up:

RELATED: L'Oreal to remove words like 'whitening' from skin products after protests, criticism