Over a two-year period, the state collected nearly $24 million dollars in speeding citations. 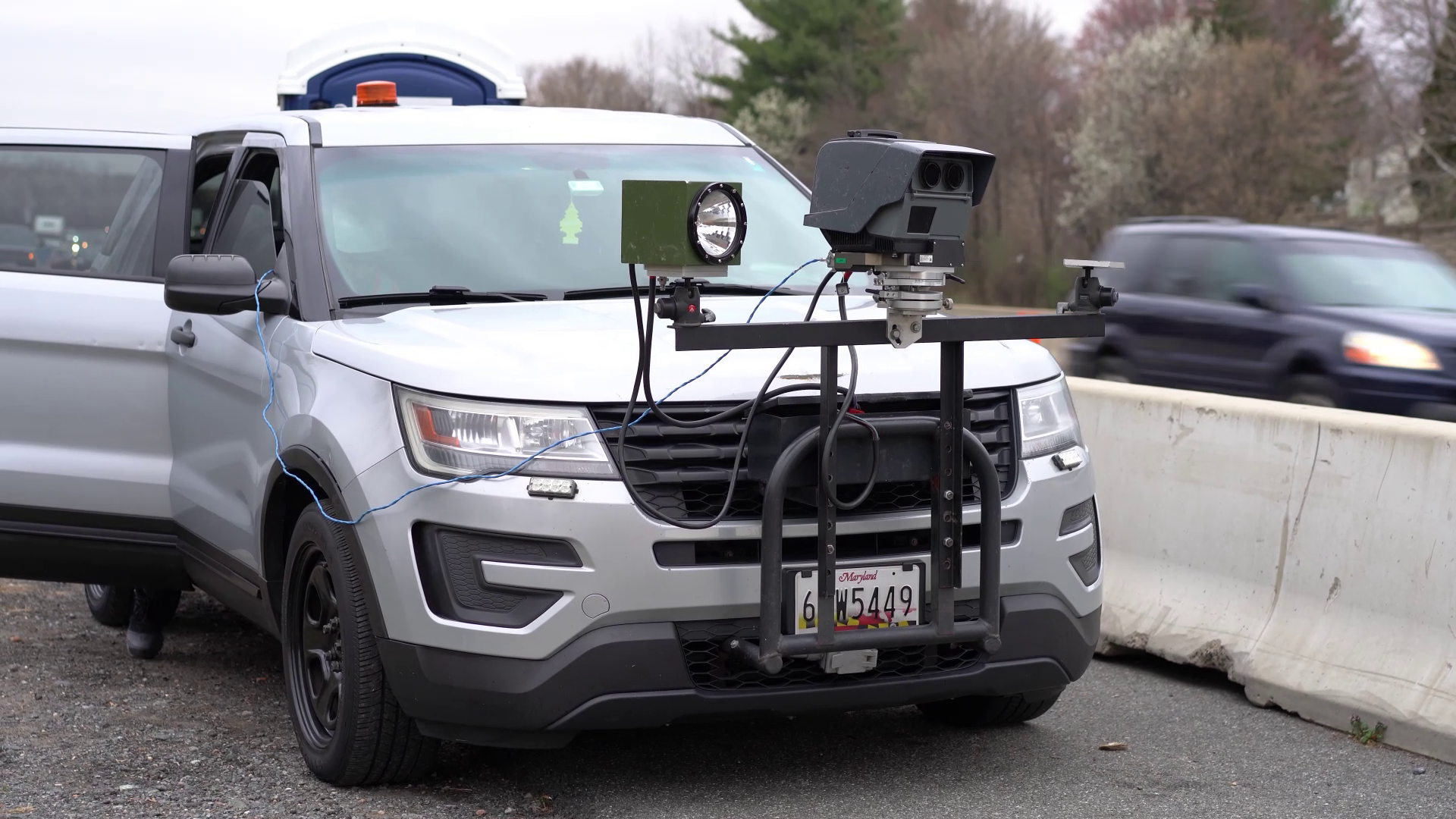 GAITHERSBURG, Md. — On certain evenings, one of the Washington area's busiest roadways could easily be mistaken for a nightclub.

Strobes of white light dance across the lanes of Interstate 270 in Montgomery County, Maryland, on nights when a silent guest joins the club of vehicles intertwined among the asphalt.

"I see the flash at nighttime coming back from the gym," said Clarksburg resident Vick Kumar. "And I see that thing going off and flickering. So I know its giving out tickets."

The bright lights emanate from a small SUV parked on the shoulder of the southbound lanes of the highway. The vehicle is rigged with a portable radar device and camera which captures the speed and license plate of any vehicle traveling over 66 miles per hour. The speed limit is 55 mph, but drivers are given an 11 mph buffer.

"I’ve gotten so many I’ve had to add safe speed (sic) to my speed pay through my automatic banking," said a Clarksburg woman who asked WUSA9 not to reveal her name. "I do understand why its important to have it because there is a construction zone there. Nobody drives 55 on 270. Nobody drives 65."

A lot of speeders have checked in at "Club 270" since the camera went into operation in January 2019. More than 81,000 citations have been issued since then, resulting in $3.2 million in fines being handed out.

It's difficult to spot this particular mobile camera trap due to the fact that its obscured behind a large blue porta potty.

The radar camera site on Interstate 270 is among 17 different active camera sites operated by the state of Maryland's 'SafeZones' program.

Click HERE to read more about the Safe Zones program and where the active speed camera zones in Maryland are currently located.

Credit: Maryland DOT
The state of Maryland has more than a dozen porta potty speed cameras set up along highways across the state.

"I wouldn’t hop in a vehicle and go speeding through someone else’s office, but it happens on mine all the time," said MDOT construction engineer Amy Andrews. "Anybody who’s done this job has had a close call, for the most part."

Maryland began the SafeZones program in 2009 after research showed that 7% of vehicle traffic would routinely speed through construction zones where workers were present. State leaders credit the program with reducing that number to 1%.

"Yes. They have worked. They do slow people down. Nobody wants to get a ticket," said Andrews.

But what's with the porta potty? Turns out state law requires the operator be present when the radar and camera are active. If the operator works a lengthy shift, eventually, nature calls.

"It’s not there to hide anything," said Cedric Ward who oversees the SafeZones program.

The most active camera site is on the Outer loop of the Capital Beltway at Suitland Road in Prince George’s County. Since July of 2017 it has issued 170,556 citations totaling $6.8 million dollars.

RELATED: Speed camera hidden behind Porta Potty on I-270 will start issuing citations

Maryland transportation leaders say the money generated from SafeZones is used on a variety of things. First and foremost, it pays for the manpower and equipment needed to operate the SafeZones program.

MDOT officials say the I-270 camera will be relocated shortly because the construction on the Watkins Mill Road overpass is scheduled to be completed June 10.

RELATED: VERIFY: Are speed cameras in Maryland school zones active when school is not in session?