Maryland ranks No. 5 most dangerous state for online dating in 2020

Valentine's Day is just around the corner, but before you hop on Tinder or Bumble to find a date, you might be surprised which states appear to be unlucky in love. 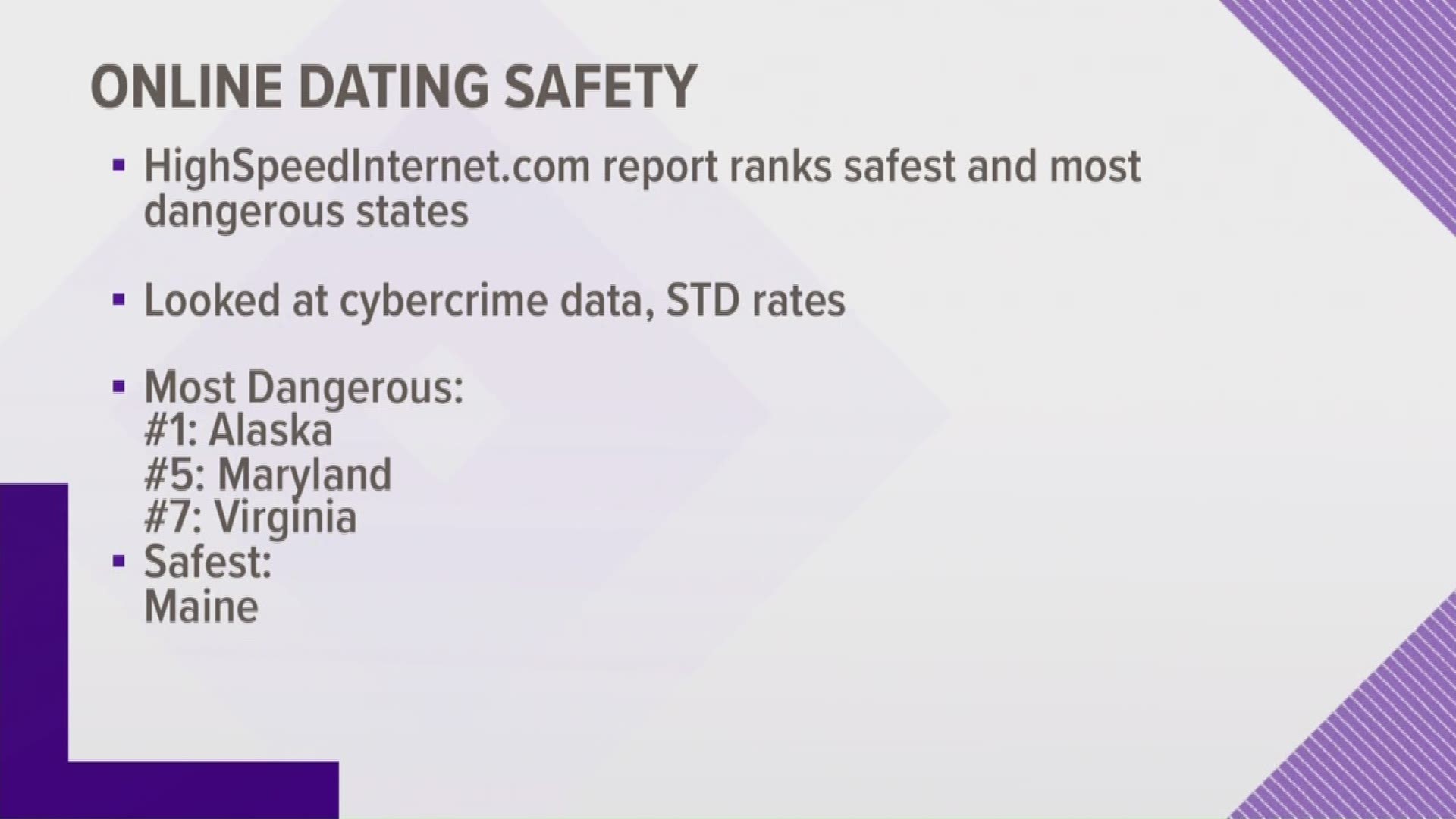 MARYLAND, USA — Cupid will be working overtime this month, firing arrows into the hearts of Valentines across the nation.

But on dating sites like Match, Tinder, Bumble, and Grindr, scammers and others may also be looking for vulnerable lovebirds.

Finding love online can also be dangerous - as the risk of being a victim through online dating may be higher or lower based on where you live.

According to the Federal Bureau of Investigation (FBI), internet dating sites are hotbeds for "romance scams" — in which a con artist strikes up a bogus online relationship for financial gain.

A team compiled a list of the safest and most dangerous states for online dating by using recent stats on violent crime, cybercrime statistics, STD data from the Centers for Disease Control and Prevention, along with sex education data.

The most dangerous state overall came back as Alaska followed by Nevada, California, North Carolina, and in our area, Maryland.

While the safest states for finding love online were led by Maine, West Virginia, Vermont, Kentucky, and New Hampshire.

While online dating can be a great way to connect with new people, of course, keep an eye out for any potential warning signs.

Just this month, a man was charged and arrested after he allegedly raped and assaulted a woman he met on an online dating website, Montgomery County Police said.

RELATED: 15 apps parents should look out for on their kids' phones