In the video, you can hear police say that they pulled over the driver, who posted the video Friday, for going 45 mph in a 30 mph speed zone. 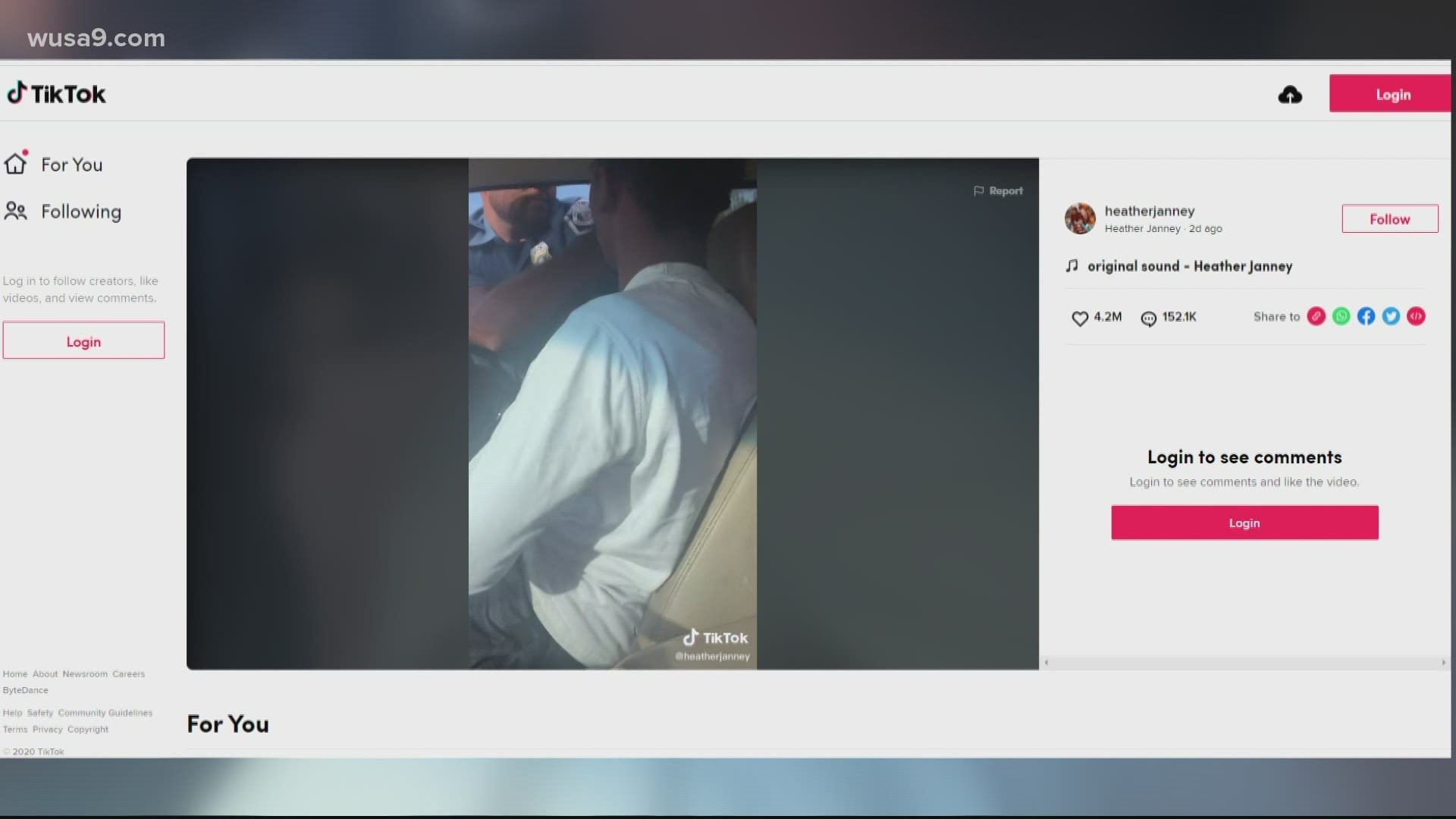 In the video, you can hear police say that they pulled over the driver -- who posted the video Friday -- for going 45 mph in a 30 mph speed zone.

The passenger, identified by Anne Arundel County police as  23-year-old Antoine Wedington, is heard in the video refusing to provide his ID when asked, saying that he doesn't have to as a passenger in the car.

Anne Arundel County police said during the traffic stop, they obtained information about Wedington's identity, and said he was wanted under two warrants. One for failure to appear in court and another retake warrant from the parole commission.

At that time, officers said they advised Wedington of the active warrants and that he was under arrest. Police say the officers asked for Wedington to exit the car in order to take him into custody.

Police then attempt to pull Wedington out of the car. The driver, Heather Janney, who posted the video to TikTok is also Wedington's girlfriend.

WARNING: The TikTok video shown below may not be suitable for all audiences. Viewer discretion is advised.

Police arrested Wedington at around 3:15 p.m. on Oct. 19 near Shady Side Road and Deale Road in Churchton. Janney, the driver of the vehicle, was cited for the traffic violation and was released at the scene, police said.

Police said that Wedington made no complaint of injury during the course of the arrest.

WUSA9 reached out to Janney for further comment, but has not heard back yet.