The Village at Rockville, where one of the first positive cases in Maryland was confirmed, will have its staff, residents, and family members of residents tested. 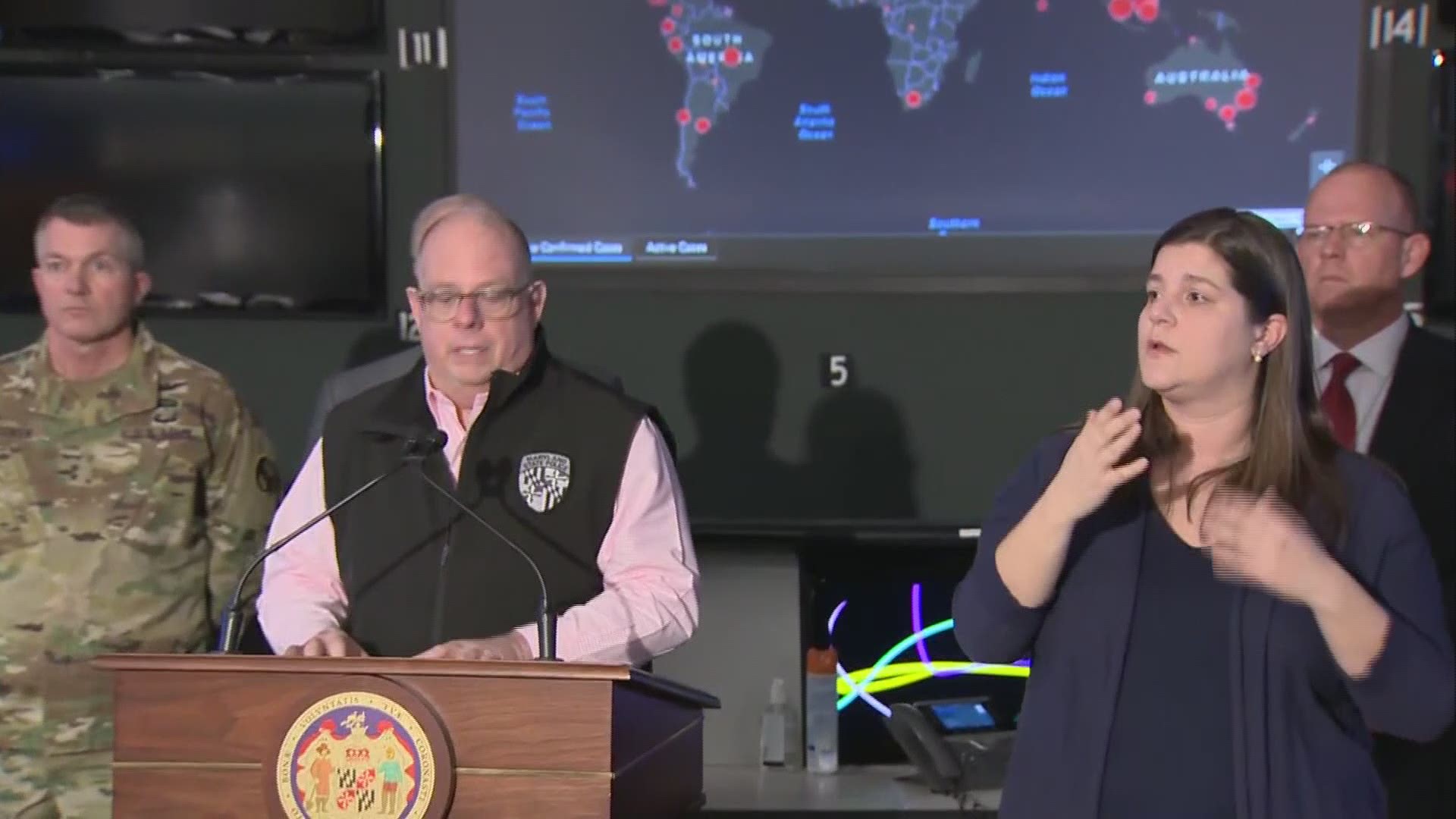 HANOVER, Md. — Gov. Larry Hogan laid out a new set of guidelines and actions to avoid the spread of coronavirus amongst Maryland residents over the age of 60.

The Village at Rockville, where one of the first positive cases in Maryland was confirmed, will have its staff, residents, and family members of residents to be tested – as well as anyone there who wants to be tested.

Officials say that the Maryland Health Benefits Exchange is establishing a special enrollment period through Maryland Health Connection – specifically for the coronavirus; though the federal marketplace is not offering this.

"We wanted to do so to give peace of mind to Maryland residents," Hogan said during the news conference Wednesday.

According to officials, the state is issuing an order that effective immediately, longterm care facilities – including nursing homes, assisted living facilities and retirement communities – will have restricted access to essential visits only.

Additionally, state officials are prohibiting all nonessential visits and that all staff are prohibited from any international travel. Also, officials are recommending that these facilities actively screen all individuals entering, and restrict entry to anyone who is showing respiratory symptoms or anyone with any possible exposure.

All state veteran facilities will be required to follow the same guidelines, Hogan said.

Recently, the Maryland Department of Health officials said it has nine laboratory-confirmed COVID-19 cases, five of which are in Montgomery County, one that is in Harford County and three in Prince George's County.

The first three cases of the coronavirus were confirmed in Montgomery County, Maryland, last Thursday by Gov. Hogan during a news conference.

These patients included a couple in their 70s and a woman in her 50s. All three traveled together on an Egyptian cruise that traveled down the Nile River.

Maryland confirmed two more cases of the coronavirus on Sunday, with one of these two cases being a Montgomery County resident, a woman in her 60s. The other confirmed case is a woman in her 80s who is from Harford County.

Prince George County officials confirm that a resident tested positive for the coronavirus on Monday; which they became the sixth person in Maryland to contract the virus.

Tuesday afternoon, Gov. Larry Hogan confirmed a fifth Montgomery County resident has contracted the coronavirus. The most recent case to be announced by the state.

While no other cases have been reported, The University of Maryland will offer strictly online classes following its spring break that starts this weekend. Bowie State University is also canceling classes until Monday, March 16.