This dispensary saw major growth during COVID, but is calling for more acceptance from banking industry

"We're still having banks trying to cancel our accounts because we're associated with the [marijuana] industry." 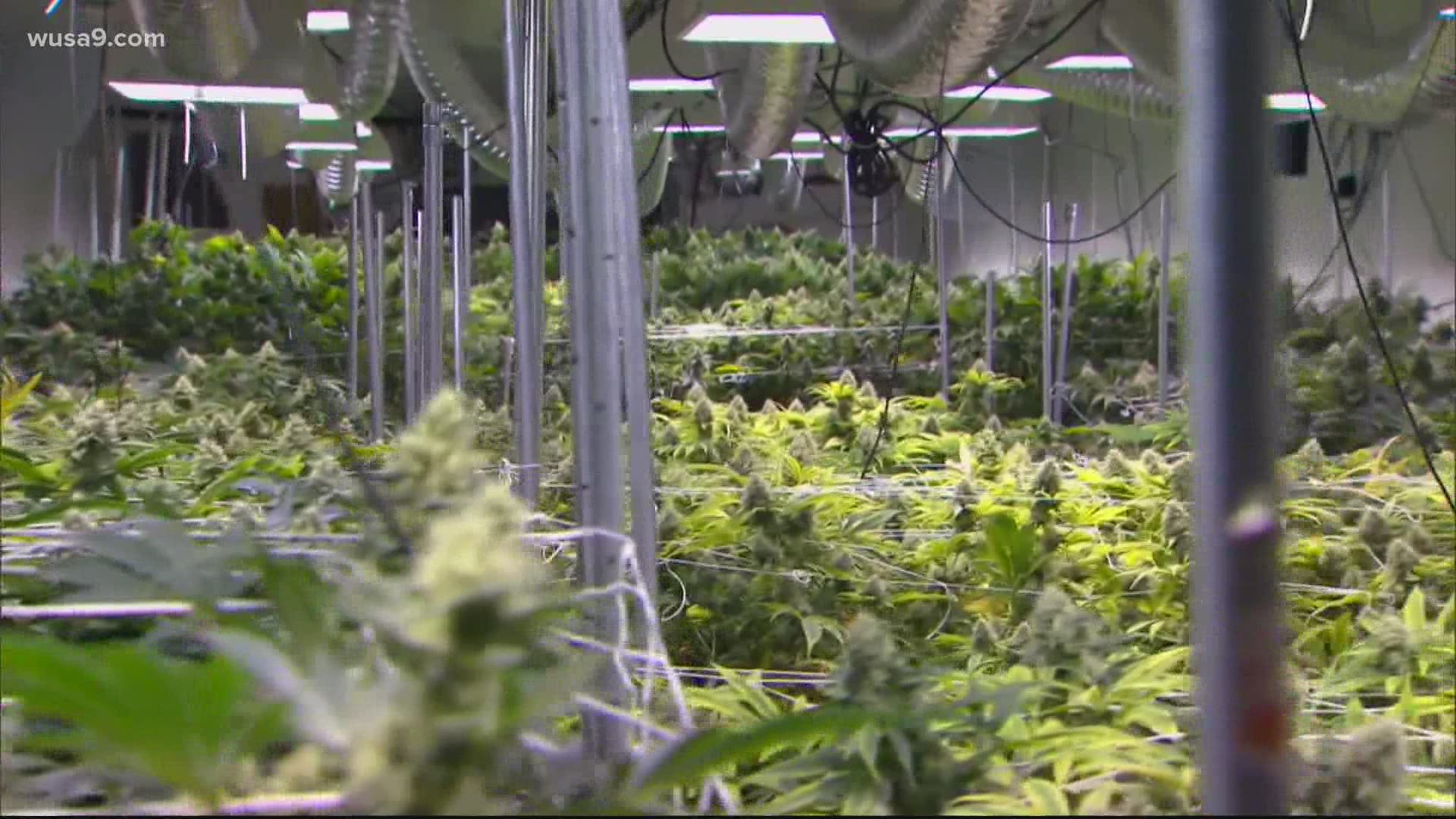 ELLICOTT CITY, Md. — Imagine doubling your profits over the last year but still having banks threaten your business's financial stability because the products you provide are illegal, federally. That's the experience two women from Maryland face being in the medical marijuana industry.

Leslie Apgar and Gina Dubbé run Greenhouse Wellness; Apgar is an OBGYN that deals with the medical aspects of the business, and Dubbé is a venture capitalist with an extensive financial background. They are not marijuana smokers, but said they enjoy that the products they sell have helped people with medical issues that range from Parkinson's to ADHD.

During the pandemic, Greenhouse Wellness in Ellicott City saw significantly higher profits due to a jump in people using cannabis-based products and getting medical marijuana cards in Maryland.

Greenhouse Wellness was not the only dispensary that saw major profit growth. A recent BDS Analytics, Inc. study showed that legal cannabis sales in the U.S. passed $17.5 billion in 2020, a growth of 46% over 2019’s $12.1 billion. In Maryland alone, The Baltimore Business Journal reported figure grew to $115 million in increased cannabis sales from 2019.

Federal regulations and concerns from federally-backed banks still frustrate Greenhouse Wellness because its owners have already reported facing difficulties trying to start their business a few years back.

"Banks don't want to give me a mortgage because I deal in a regulated industry. So that's a problem ... we can't bank," Dubbé said. "We've had our banks try to cancel IRAs that we put in prior to ever conceiving of a dispensary with money that hadn't touched it."

Currently, marijuana (cannabis) is a Scheduled 1 drug federally, listed among heroin, lysergic acid diethylamide (LSD), ecstasy and other drugs in this classification by the Drug Enforcement Agency (DEA).

The issues Greenhouse Wellness faces with banking are far from new. People working in the cannabis industry have dealt with the taboo outlook of their businesses by banks since states in the U.S. started legalizing marijuana usage over the last decade.

Dubbé said that increased profits are great, but if the system to save and collect that money doesn't change, then it's still a struggle and fears they have to account for when running their business.

"My bank called the day we announced [opening Greenhouse Wellness] and tried to cancel my account and all my children's college savings accounts. We're still having banks trying to cancel our accounts because we're associated with the industry," Dubbé said.

Apgar's frustration was apparent as she described a system that she believes needs more open-mindedness when it comes to cannabis. As a doctor, she even believes medical professionals can do more to break these stereotypes that are associated with marijuana.

"We need to pull our heads out of our rear ends and understand that this is a plant that's been around for 50 million years, it's been in human history for upward of 5000 years,  and we've been using it with great success for a number of medical ailments," Apgar said. "I just wonder 'what reality I'm living in that this is still considered a federally illegal substance?' Alcohol and tobacco should be federally illegal substances, they cause a ton of harm."

For now, Apgar and Dubbé are concentrating on what they can control. Continued increases in profits and a more reliable and enjoyable experience for people that want to try medical marijuana, or may want a more holistic and medical-driven approach to cannabis ingestion.

It's also become a family investment for Apgar, who has several of her own kids working at the store.

During the pandemic, the stylish inside office and store they had couldn't be accessible amid restrictions, so long car lines outside of the storefront were a welcomed return for business that helped them capitalize on COVID-19 sales.

Big excitement for the two women also surrounds the launch of their new product line Blissiva, which is catered toward its female clientele. The two are also looking to make more opportunities for women in the marijuana business, something they believe is very important in a male-dominated industry.

You can learn more about Dubbé and Apgar, and Greenhouse Wellness, by visiting the company's website here. 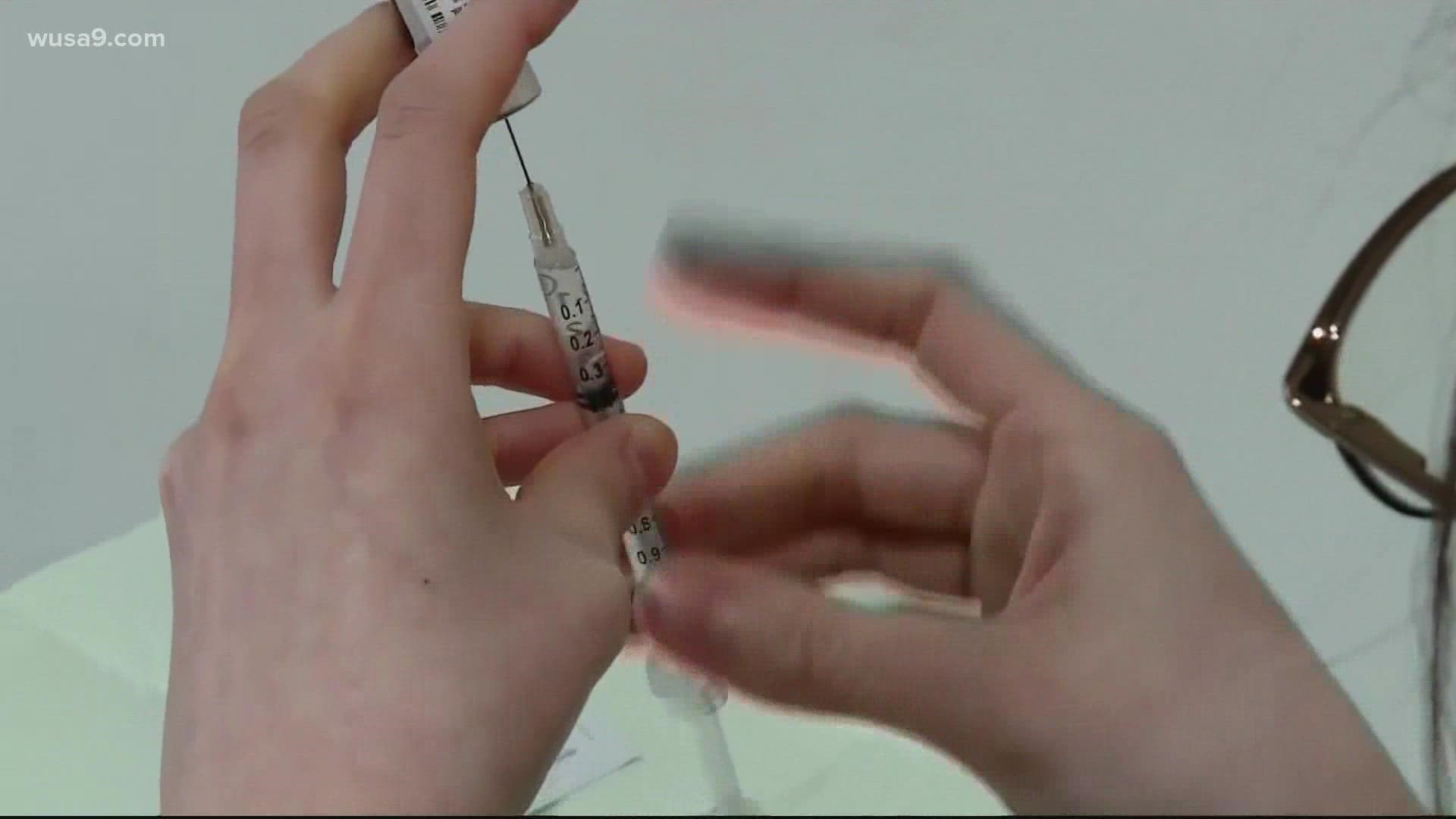