"I've been told for the last five years of my life that I wasn’t good enough for this game." 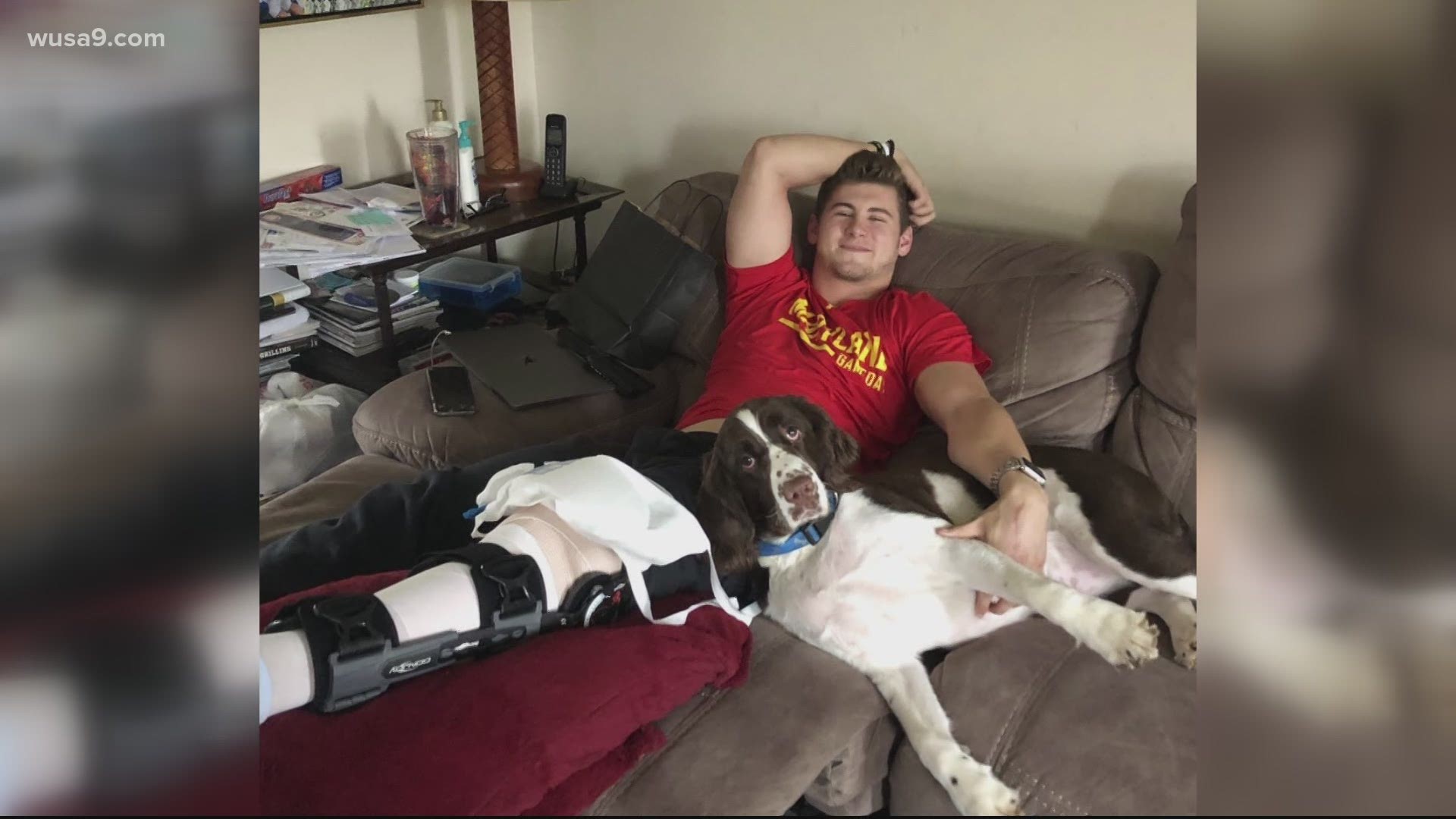 COLLEGE PARK, Md. — The University of Maryland’s 2020 football season was a short one, but senior running back Jake Funk made the most of his playing time.

Funk rushed for more than 500 yards and scored four touchdowns in as many games. He recently impressed NFL scouts at Maryland’s Pro Day, and now he’s looking to turn his NFL dreams into reality.

“It was the day that I’ve looked forward to my entire career. I was able to go out there and show that I'm athletic and I'm a lot more than people think I am," said Funk.

The 2020 season almost didn’t happen for Maryland. COVID-19 swept through the Terps program, and Funk also suffered from the virus.

"Even though our season was shortened, I was able to take advantage of every opportunity I was given, and it gave me the opportunity to be at this Pro Day," said Funk.

I will forever be a Terp. Thank you Maryland 🐢❤️ pic.twitter.com/BuytnDZh90

Funk has battled through much adversity in his college career. He battled back from two ACL surgeries that could have ended his dreams. And when it came time for this former Damascus High School star to show NFL scouts what he’s capable, Funk says he wasn’t nervous, was somewhat excited, and mostly felt anger.

For the next six weeks, Funk will continue to prepare for this year's NFL Draft which kicks off on April 29th.

Knowing what this guy has been through to get where he is today....

Makes the trajectory that much sweeter.