AP: All 8 of Maryland's US House incumbents win re-election

Democrats will again hold seven of the eight Maryland congressional seats. The party also holds the two U.S. Senate seats for the state. 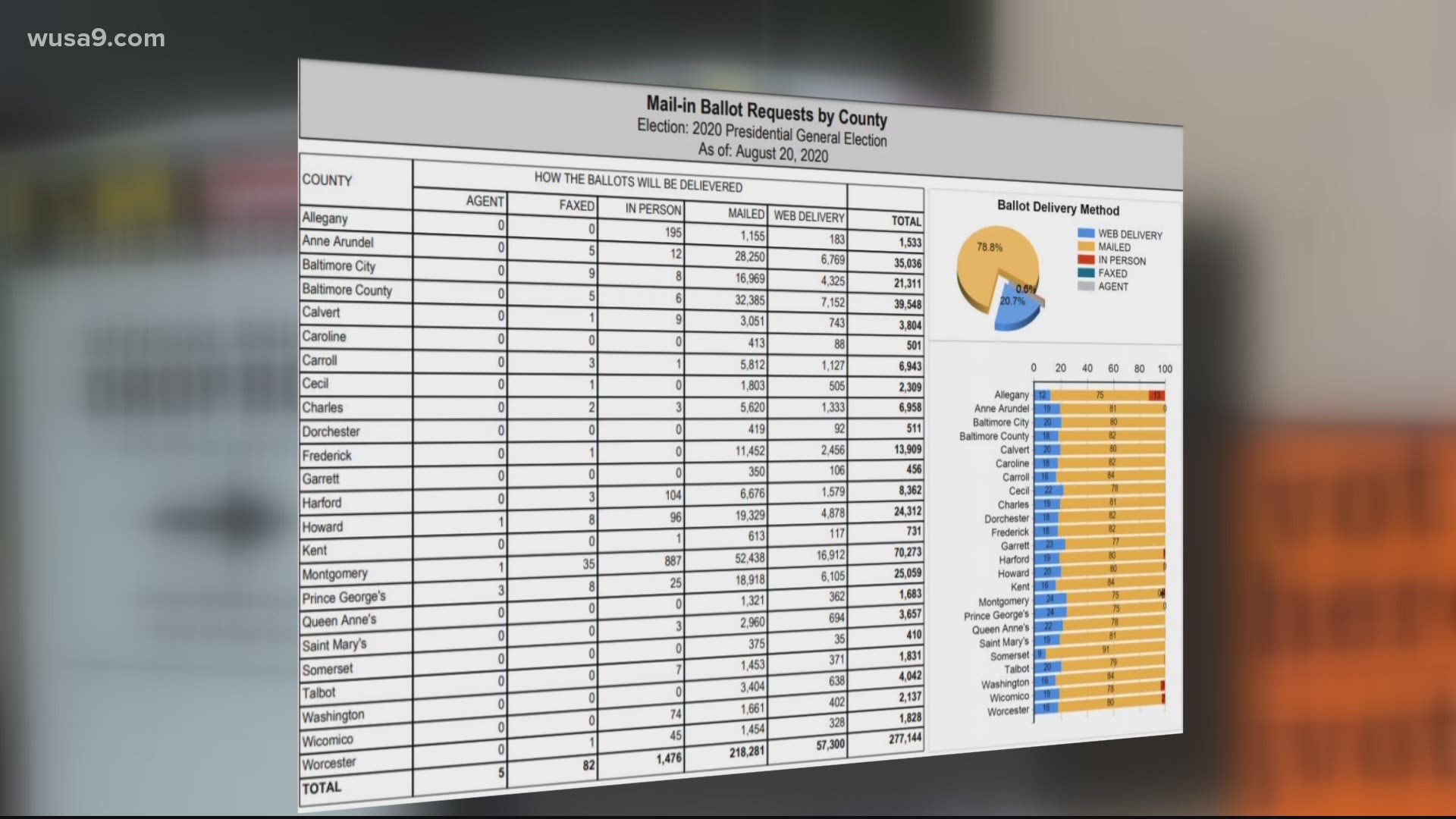 Mfume, a Democrat, defeated Republican Kimberly Klacik for the seat in a district that includes a substantial portion of Baltimore and its suburbs. The former NAACP leader won the seat in a special election in April to fill the vacancy created by the death of Elijah Cummings last year. Mfume held the seat before Cummings.

The district drew the attention of Republican President Donald Trump last year as Cummings led investigations into the president. The president described the district then as a "disgusting, rat and rodent infested mess" where "no human being would want to live."

Hoyer defeated Republican Chris Palombi. As the House majority leader, Hoyer is the No. 2 House Democrat. In that position, he works to mobilize the party's votes and acts as a liaison between Democrats and the party's leadership to coordinate strategy.

Hoyer represents a Maryland district that includes a large portion of rural and suburban areas southeast of the nation's capital.

In 2016, Trump received 34% of the vote in the state. A Republican presidential candidate hasn't won Maryland in 32 years. George H.W. Bush was the last to do so in 1988.

As state elections officials encouraged voting early or by mail because of the coronavirus pandemic, more than 2.3 million people had voted before Tuesday in a state with about 4.1 million eligible voters. The state elections board said about 427,000 more had voted by 6:25 p.m. Tuesday.

Nikki Charlson, the state election board's deputy administrator, said lines with wait times of more than an hour had been reported at four Baltimore voting centers, including Camden Yards, in the early evening.

There were fewer locations to vote on Election Day than in a normal, nonpandemic year. It was the first time Maryland had same-day voter registration on the day of the general election, since a constitutional amendment was approved in 2018.

Jessica Charles said she voted for Biden for president in Annapolis after spending less than 10 minutes in line at the Pip Moyer Recreation Center.

"I just think Donald Trump is a male chauvinist, and he has no respect for women, so for that alone I had to," Charles said.

Carol Whittington said she was voting for Trump. She cited his economic policies and support for the military as reasons for her support.

"I think he's the best man for the job," said Whittington, who added that she changed her party affiliation from Democrat to Republican after Trump was elected president in 2016.

Republican Rep. Andy Harris won reelection against Democrat Mia Mason in a district that includes all of Maryland's Eastern Shore. And Democratic Rep. David Trone won a second term in his defeat of Republican Neil Parrott, a state legislator, in the district that stretches from Montgomery County through western Maryland. Incumbents also won in the state's other four congressional districts.

Maryland residents also voted on two statewide ballot questions. One of them would legalize sports betting. Details such as where sports betting would be allowed will be decided later by state lawmakers. It's unclear how much money sports wagering would raise for the state, but supporters say most of it would be allocated to education.

Another ballot question asked voters whether they want to give the Maryland General Assembly more power in the state budget process.

Under Maryland's constitution, the governor has unusually strong budget powers. When the governor submits the state budget to the General Assembly each January, lawmakers can only cut from the proposal.

Maryland is the only state that endows its governor with such authority over the state budget. It dates to a 1916 constitutional amendment that voters approved after the state racked up big deficits.