Kinsley Sandvik passed away on Feb. 14 following severe complications with the flu. Now, her mother Shannon is speaking out. 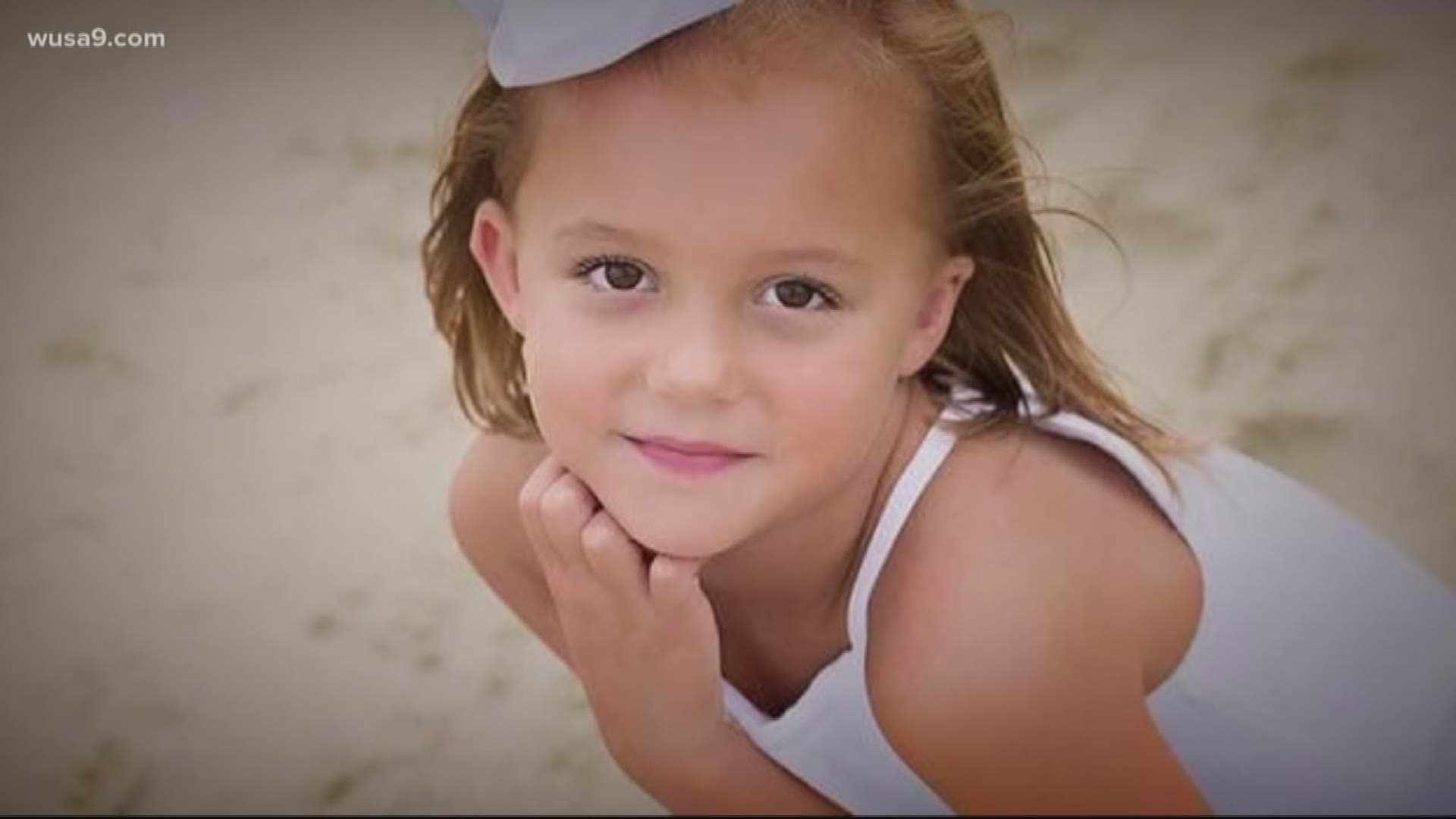 CHESAPEAKE BEACH, Md. — A Maryland family said they are grieving after their 8-year-old daughter tragically passed away from flu complications on Valentine's Day.

"She’s the life of the party. She was bouncing off the walls, a ball of energy," 8-year-old Kinsley's mom, Shannon Sandvik, said.

That changed on Feb. 5. Shannon said she woke up Kinsley in their Chesapeake Beach home and took her to her elementary school. The same day, she had to drive back to the school to pick Kinsley up after she was reported not feeling well.

The next day, Kinsley's parents took her to a pediatrician's office, where she was diagnosed with the flu, strain B. Shannon said her doctors prescribed Kinsley Tamiflu and Tylenol to treat the fever, and by Feb. 9, she was back to feeling better and "jumping off the walls."

"Sunday morning, she woke up and she said 'I feel so much better Mommy!' and I was like oh good, phew!" Shannon said.

"She was always the life of the party." 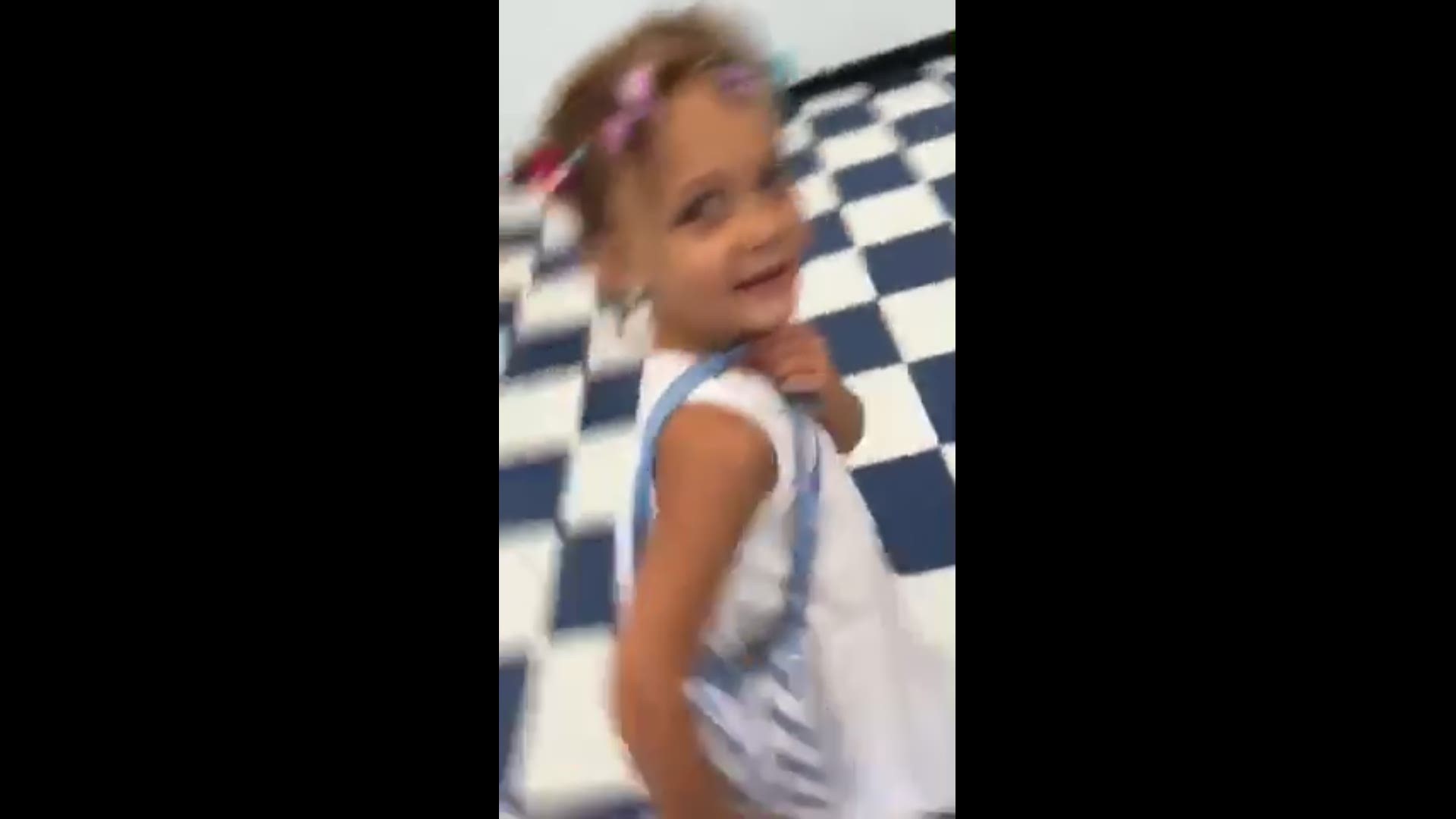 But that energy was short-lived.

The next morning, Shannon said Kinsley woke up crying and feeling even worse, complaining of a severe headache and chest pains, which she hadn't felt before.

This time, the pediatrician sent Kinsley to the Anne Arundel County emergency room, where according to Shannon, "everything checked out normal." After running necessary tests and helping hydrate her, they sent Kinsley back home.

Things weren't normal. By the time she was home, she was already throwing up with a high-grade fever. Shannon slept on the couch by her side, rushing her to the CalvertHealth Medical Center after hearing Kinsley struggling to breathe and coughing up blood.

Within an hour of arriving at the ER, Kinsley was intubated and rushed to Children's National Hospital -- her body in full-blown shock and with a septic infection, her mother said.

By Tuesday night, hospital staff had to resuscitate her and put Kinsley on special machines that act as artificial lungs and help preserve major organs.

"I got to lay with her while she passed, so being on that machine allowed us that time," Shannon said.

"Everything happened so fast," Shannon said. "The doctor described it as the perfect storm."

The infection had spread to her bloodstream. Kinsley's limbs began to turn black from sepsis, and doctors told the Sandviks that she would have to lose her hands and feet if she were to survive.

By Thursday -- a week and one day after her initial symptoms -- Kinsley showed no brain activity. Her parents were now forced to make a decision that no parent wants to make.

"By Friday, we had to make the choice to take her off the machine," Shannon said. "She passed at 3:10 on Valentine's Day, so we said that was going to be forever Kinsley day, and red was her favorite color."

Shannon said Kinsley did not receive the flu shot, but doctors told her had she received the shot at the recommended time (before flu season begins in October) that it would likely not have saved her based on the other illnesses she ended up contracting.

The Center for Disease Control and Prevention website says the flu vaccine has a 40% to 60% effectiveness. Regardless of effectiveness, the CDC recommends getting a flu shot every year--and says it's not too late.

The website reports that the vaccine takes about two weeks to take effect.

"You hear stories, but you never think that it's going to happen to you," Shannon said.

She said she never thought she would have to live life without her energetic daughter's laugh.

"She was just so loved by everybody. She really was a star," Shannon said. "She was the bright light in any room that was around…She was something special for sure."

A funeral that is open to the public will be this Friday at 11 a.m. at Rausch Funeral Home In Owings, Md. There is also a GoFundMe account set up to help the family with expenses.

They're asking whoever would like to attend to wear red in her honor, Kinsley's favorite color.

RELATED: 'My daughter was dying in my arms' | 16-year-old VA girl dies after being diagnosed with the flu