It comes as Gov. Larry Hogan said sports venues across the state could start holding limited attendance for in-person seating. 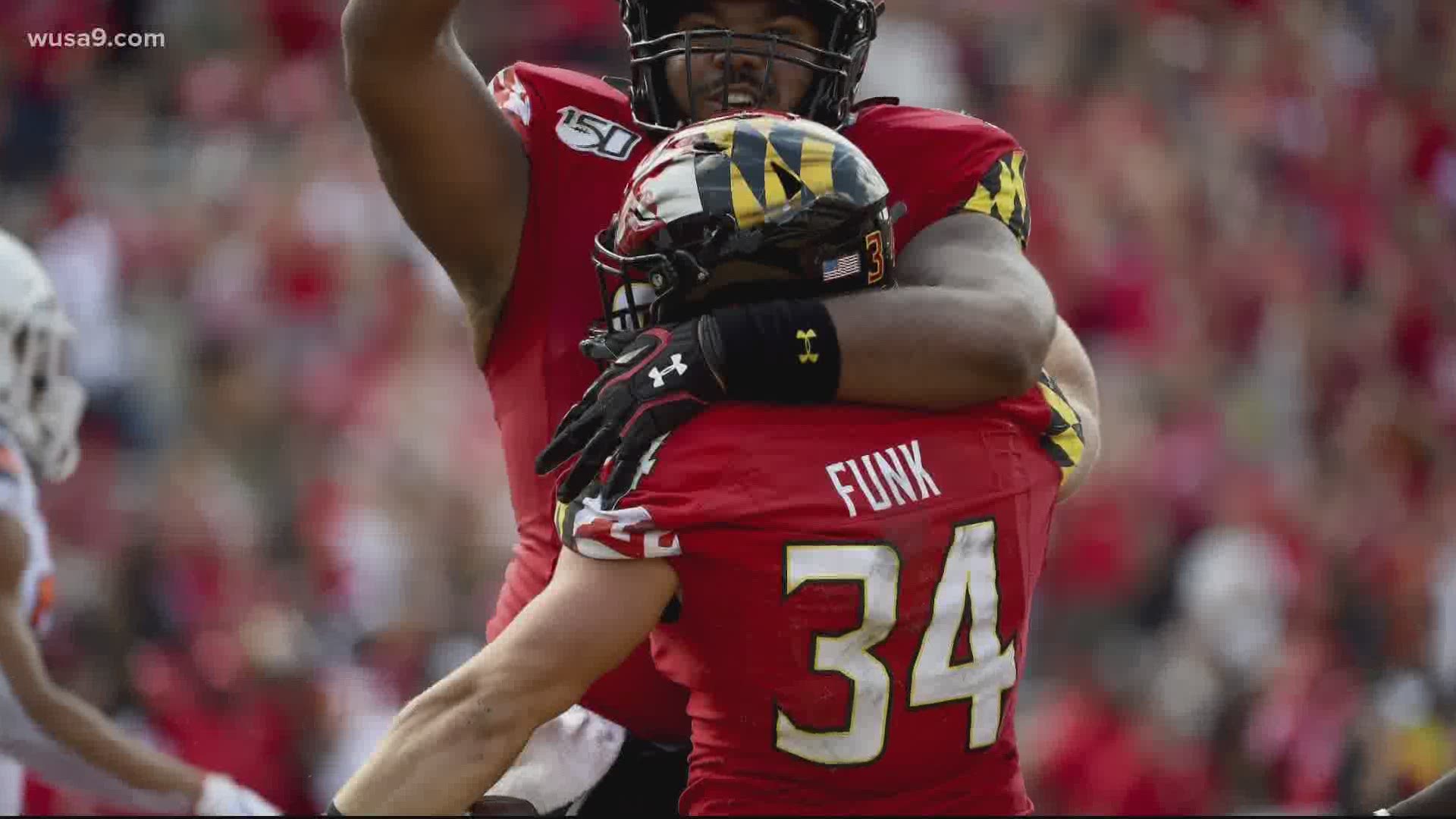 WASHINGTON — The University of Maryland will keep fans out of the stands for football games when it starts the season this upcoming week, per requirement by the Big Ten Conference. It comes after Gov. Larry Hogan announced that outdoorr sporting venues across the state could start holding limited attendance for in-person seating.

On the Maryland Terps athletics department's website, it shows that the decision between having fans and not comes down to guidance from their affiliated athletics conference and guidance from Prince George's County.

Maryland football will play a nine-game season within the Big Ten and will play no nonconference games.

Other conferences in FBS/Power Five conferences have had in-person attendance since the beginning of the season, meaning thousands have been able to go to college football games.

Some schools and conferences have been stricter about how many people they have allowed in the stands. Student sections for some have been halfway to two-thirds full during games.

College football has been impacted by the coronavirus this season. Multiple teams have had to reschedule games due to positive tests.

Capital One Field at Maryland Stadium is where the Terps football team plays.

It is not known if Maryland will have fans in the stands at all this fall. But, you can get a cutout put in the stadium!