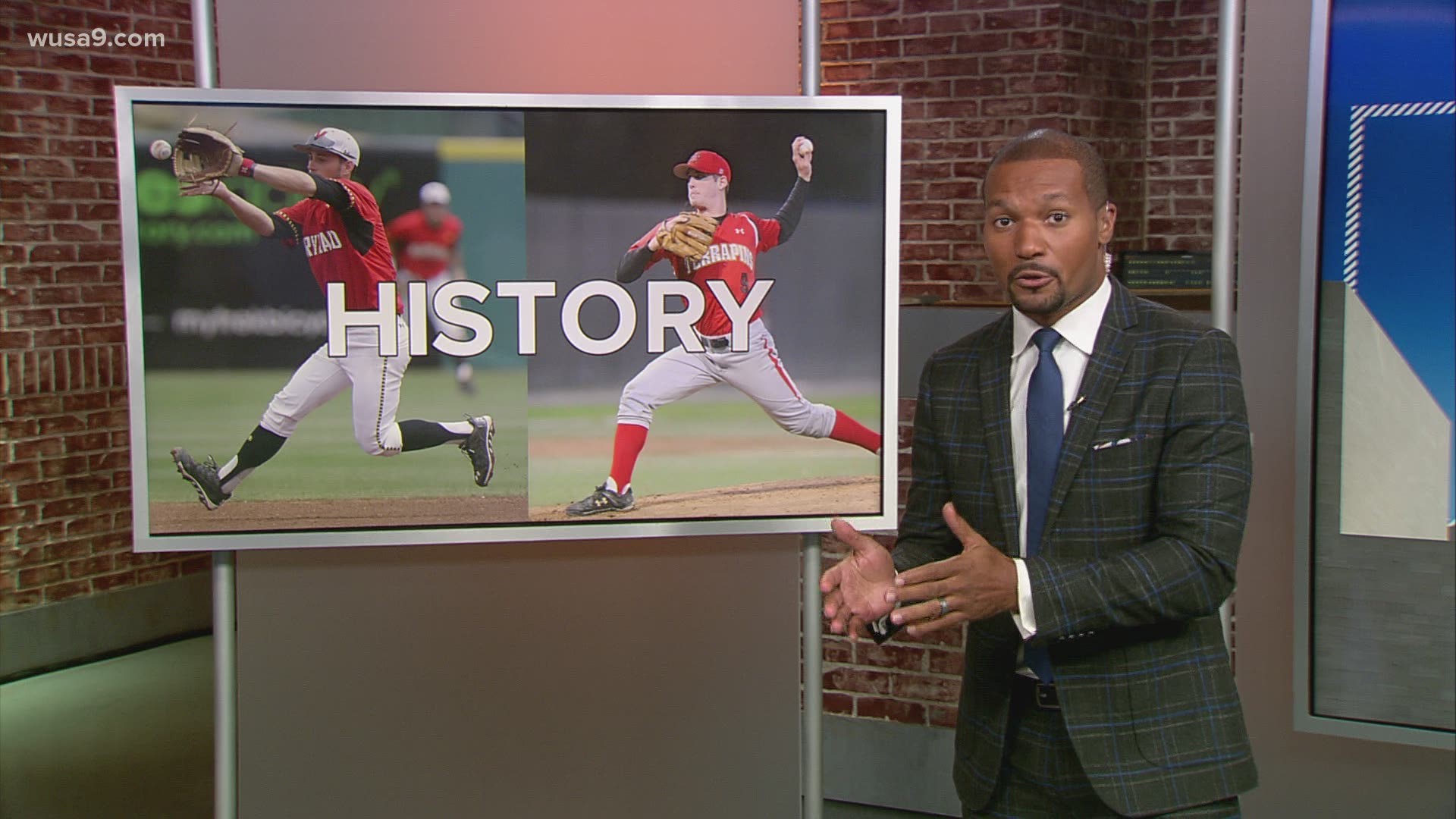 ARLINGTON, Texas — Maryland baseball is about to make some serious history!

Tampa Bay Rays 2nd Baseman Brandon Lowe and Los Angeles Dodgers left-handed pitcher Adam Kolarek both played for the University of Maryland and now are representing the Terps in the World Series.

Maryland and Cal State Fullerton are the only two NCAA baseball programs to ever have multiple players represented in the World Series, according to the Maryland Athletics website.

Lowe is a Suffolk, Virginia native that was recruited heavily by teams in Virginia and Maryland when in high school. He became an All American with the Terps during his redshirt freshman season.

Kolarek is a Baltimore native and his father Frank played for Maryland in the 70s before playing for the Oakland Athletics.

The @TerpsBaseball team is taking over this year's #WorldSeries!!!

The two are the first Terps baseball players to play in the World Series since Ron Swoboda played for the Miracle Mets in 1969. The last time two Terps players played in the "Fall Classic" was when the Chicago White Sox beat the then New York (now San Fransisco) Giants in the 1917 World Series.

Another player with local ties will be apart of the World Series action that starts Tuesday.

The Rays and Dodgers will start World Series play on Tuesday on FOX at 8:09 p.m. from Arlington, Texas.

The two teams are playing at the Texas Rangers field as Major League Baseball tries to limit the spread of the COVID-19 coronavirus by not having both teams how home games during the series.

There will be limited in-person attendance at World Series games.