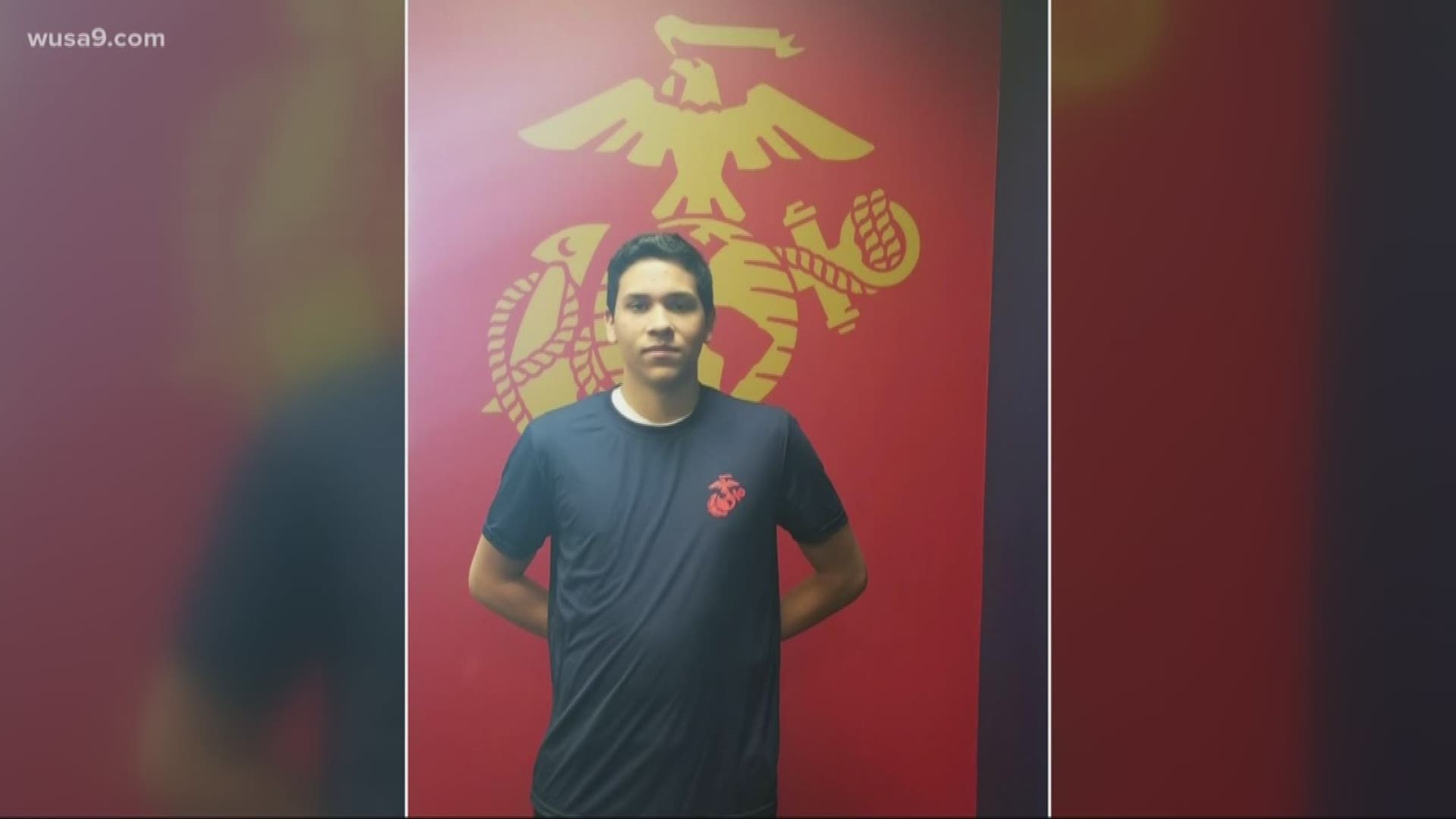 FREDERICK, Md. — An 18-year-old Marine recruit died after suffering from a medical emergency during his Initial Strength test in Frederick, Md.

The test is a physical fitness exam consisting of pull-ups, maximum crunches in two minutes and a mile-and-a-half run.

The Marine Corps in a statement released Tuesday said Jose Rodriguez was participating in the test on Aug. 21 at the Recruiting Station Headquarters when the incident happened.

Medics were called to the scene and Rodriguez was taken to the hospital where he died on Aug. 23.

Rodriguez was enlisted in the Delayed Entry Program on March 25 and was scheduled to report to Marine Corps Recruit Training in Parris Island, S.C. in September. Marine Corps officials said he enlisted out of Rockville, Md.

"We are deeply saddened by the loss of Jose Rodriguez, a young man who was enlisted in the Delayed Entry Program," The Marine Corps statement said. "We respect the Rodriguez family’s right to privacy and their decision whether to release further information regarding the incident. Our Marines send heartfelt condolences to his family and friends while the circumstances surrounding his death are investigated."

The Recruiting Station in Frederick is one of 48 national recruiting station headquarters in the Marine Corps. More than 70 Marines and 500 poolees train there to prepare for Marine Corps Recruit Training. Many of the recruits come from parts of Maryland, Virginia and West Virginia.

No further details have been released about Rodriguez's death. We will update this story as more information becomes available.