Pedestrian struck, killed by tractor-trailer on I-270

Officials said the man was struck by the tractor-trailer just before 4 a.m. on Thursday. 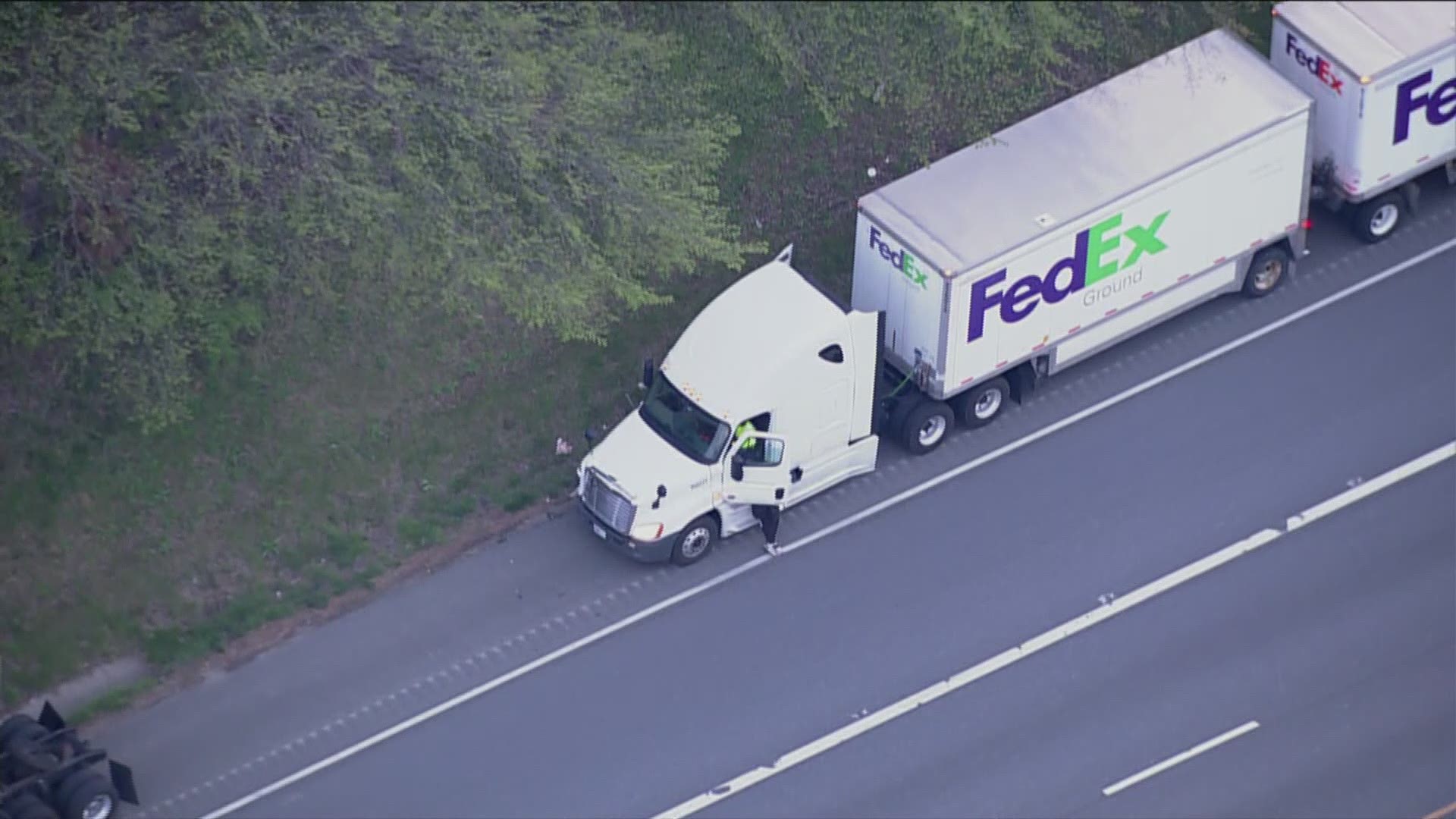 URBANA, Md. — A man is dead after being struck and killed by a tractor-trailer in Urbana, Md. early Thursday morning.

Maryland State Police were called at 3:49 a.m. to northbound Interstate 270, south of Fingerboard Road in Frederick, Md. for reports of a pedestrian struck.

When officials arrived to the scene, they found a crash involving a pedestrian and a tractor-trailer carrying two FedEx trailers.

Investigators said the pedestrian was walking in the area of I-270 and Fingerboard Road before he crossed into lane two on the interstate. It's unclear why the man walked onto the roadway or whether he was impaired, police said.

The driver of tractor-trailer was unable to stop for the pedestrian before striking he was struck. The pedestrian was killed. He was pronounced dead at the scene.

The victim has only been identified as a white man, police said. Authorities said they are awaiting notifying next-of-kin before releasing the man's identity.

All lanes are open at this time. Maryland State police troopers are completing the crash reconstruction investigation.

The Frederick County Sheriff’s Office, Frederick County Department of Fire Rescue, and Maryland State Highway Administration assisted the MSP with the investigation, which is ongoing. Anyone with information on this incident is asked to call the Frederick Barrack duty officer at 301-600-4150.