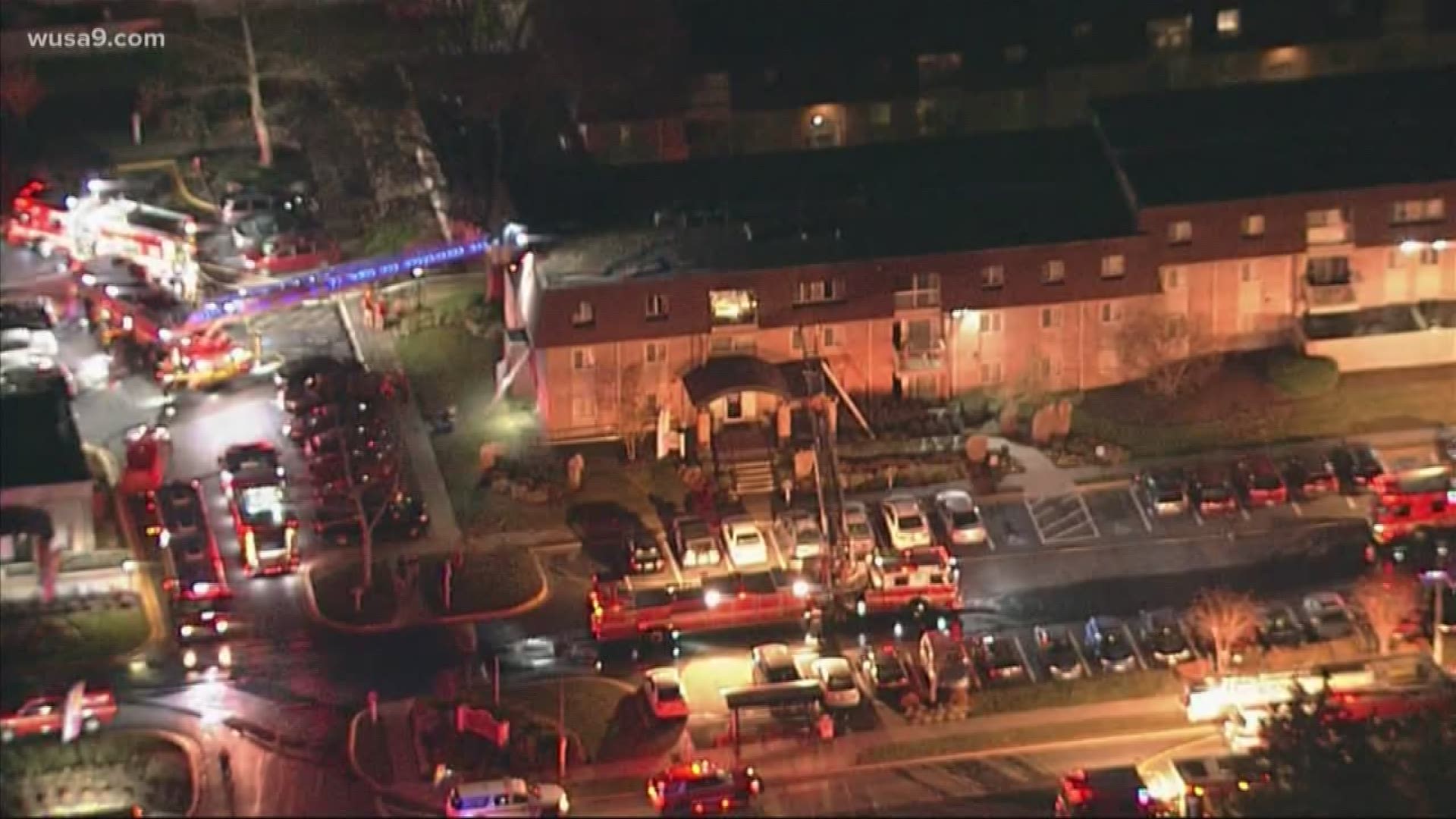 MONTGOMERY VILLAGE, Md. — Clean up crews could be seen looking out a second-story apartment building Friday afternoon, where firefighters said a man jumped out the window. Inside it’s now charred, but at 5:30 a.m. the morning after Thanksgiving, flames threatened to take down the entire Cider Mills apartment building.

"[The resident] had some traumatic injury from the jump, but also had some burns and smoke inhalation," Pete Piringer, spokesperson for Montgomery County Fire, said.

Piringer added that six adults and four children were treated, mostly for inhaling smoke. Around 45 people are now without a home at the apartment complex across from Lakeforest Mall.

"I was asleep and then my mom was screaming and yelling to wake up," a witness, who wasn’t able to give his name before apartment management asked all news crews to leave, said.

Credit: WUSA9
The window where a man jumped and injured himself escaping flames

The Red Cross was on hand to help families now homeless for the holidays with clothing and hotel rooms.

"This fire is likely going to cost us in excess of $10,000, and that’s just in a few hours this morning," Red Cross Regional Disaster Officer Paul Carden said. "Multiply that throughout the weekend, and it’s a significant amount of money we spend every day helping folks."

Carden added that financial donations to the Red Cross are the best way to help.

Firefighters said that collapsible ladders can prevent injuries occurring from jumping from a high window as a last resort.

WUSA9 picked one up and put it to the test for around $40 dollars from a major home improvement store.

"Make sure that you practice ahead of time so in an emergency you know what to do," Piringer said.

Firefighters are still investigating the cause of the fire. They believe the fire started in the living room.

"Folks are going to be basically starting over, finding a new place going into the Christmas holiday," Carden said.

RELATED: VERIFY: The great Christmas tree debate, fake or real? Is one safer?