Police say after the motorcycle hit the truck it then crashed into a 2020 Ford Transit van. 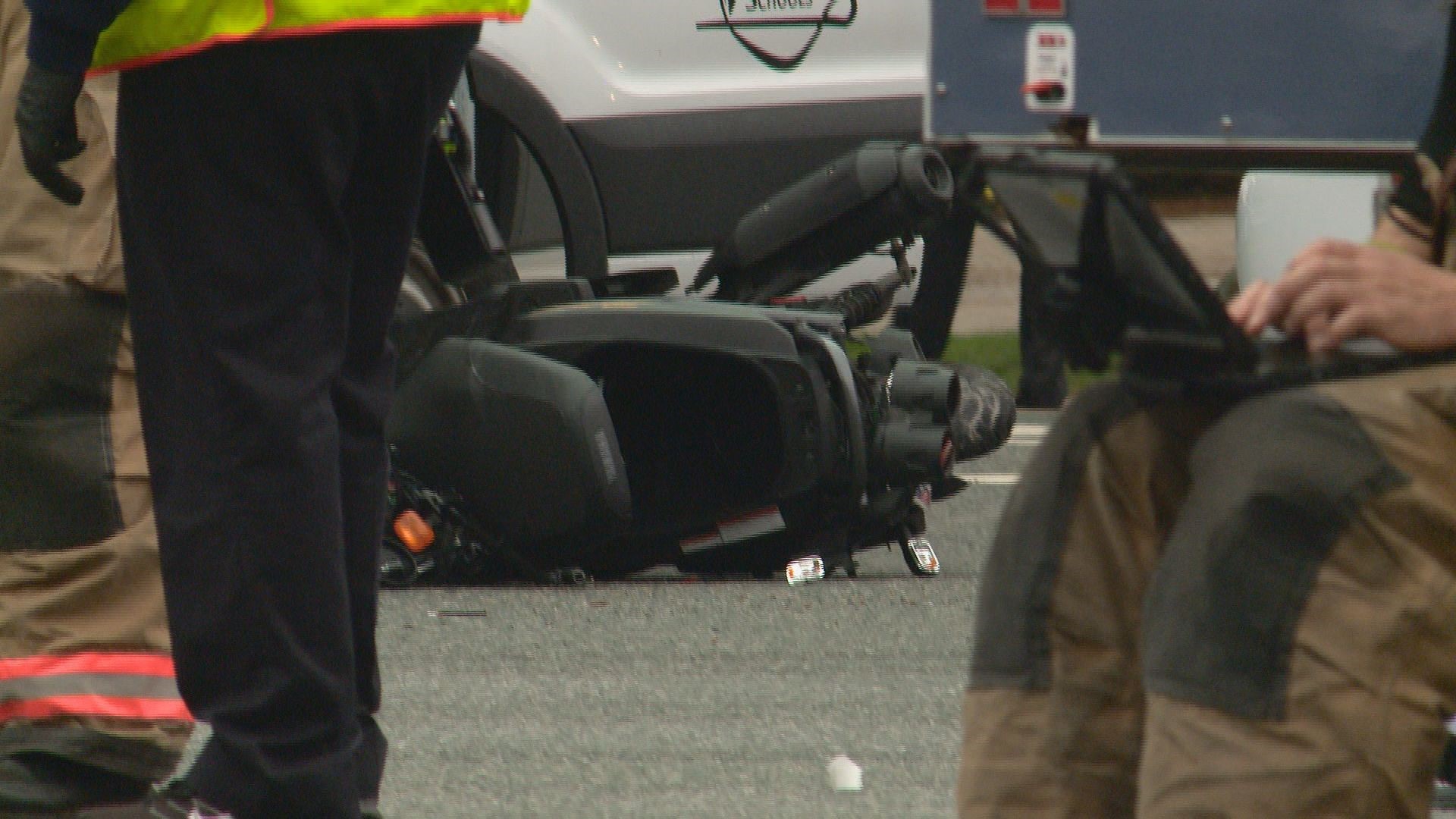 BETHESDA, Md. — The driver of a motorcycle is dead after he collided with a tractor-trailer truck and another vehicle in Bethesda Monday morning, Montgomery County Department of Police said.

Montgomery County Police Collision Reconstruction Unit investigators learned that a 2012 Yamaha Zuma motorcycle and a 2004 Peterbilt tractor-trailer were driving beside each other going westbound on River Road towards Beech Tree Road when for unknown reasons the driver of the motorcycle collided with the side of the Peterbilt truck.

Police said after the motorcycle hit the truck it then crashed into a 2020 Ford Transit van that had stopped on Beech Tree Road to turn onto River Road.

The driver of the motorcycle, identified as 57-year-old Babak Roboubi, of Helmsdale Road in Bethesda, was pronounced dead at the scene due to his injuries.

This crash is still under investigation, police said. Anyone with information regarding the collision is asked to contact the Collision Reconstruction Unit at 240-773-6620.