Several lanes are closed in the area of Clopper Road between Longdraft Drive and West Watkins Mill Road, police say. 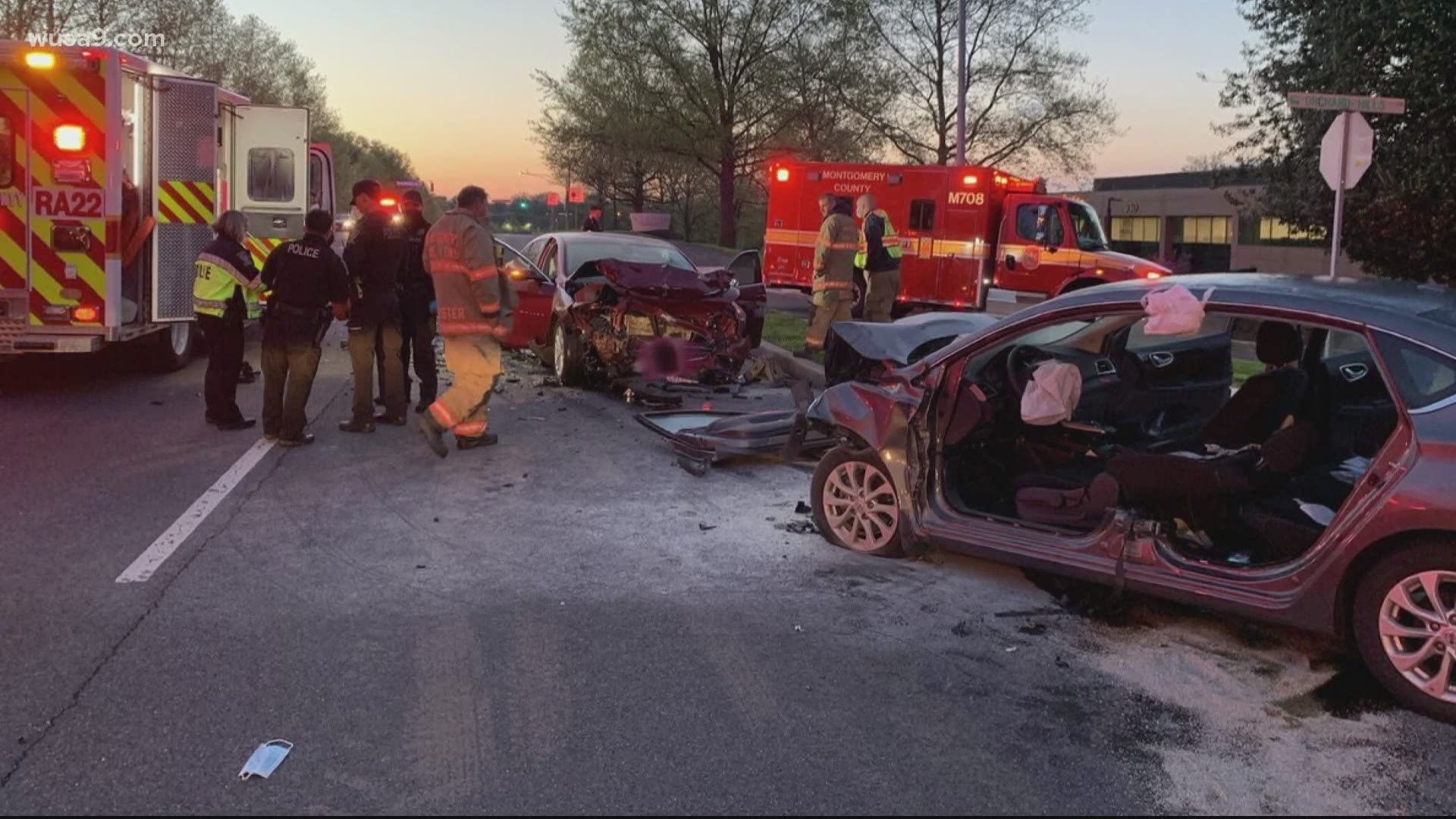 The crash happened around 5:50 a.m. at the intersection of Clopper Road, Maryland Route 117 and Orchard Hill Drive. The incident was reported with an entrapment, Piringer said.

An investigation into the crash revealed that a 2018 Chevrolet Malibu was driving west on Clopper Road when for unknown reasons, the driver crossed the centerline in the area of Orchard Hills Drive and struck a 2018 Nissan Sentra that was traveling east on Clopper Road, police said.

Montgomery County Fire and EMS crews responded to the scene and evaluated two people they said had traumatic injuries. Officials said the driver of the Malibu, identified as 29-year-old Emil William Cosbert, of Germantown, died due to his injuries at the scene.

The driver of the other vehicle identified as 27-year-old Juliette Marie Simon of Cheltenham, Maryland, was transported to a local hospital with non-life-threatening injuries.

A firefighter was also injured during the rescue and has non-life-threatening injuries, officials said.

Clopper Road was closed between Longdraft Drive and West Watkins Mill Road for the investigation. As of 10 a.m., all lanes have reopened in both directions of Clopper Road.

The Collision Reconstruction Unit (CRU) continues to investigate the crash. Officials are asking anyone with information regarding this incident to contact detectives at 240-773-6620.