The 7-year-old chihuahua is an emotional support animal for a young boy who lives with Cerebral Palsy. 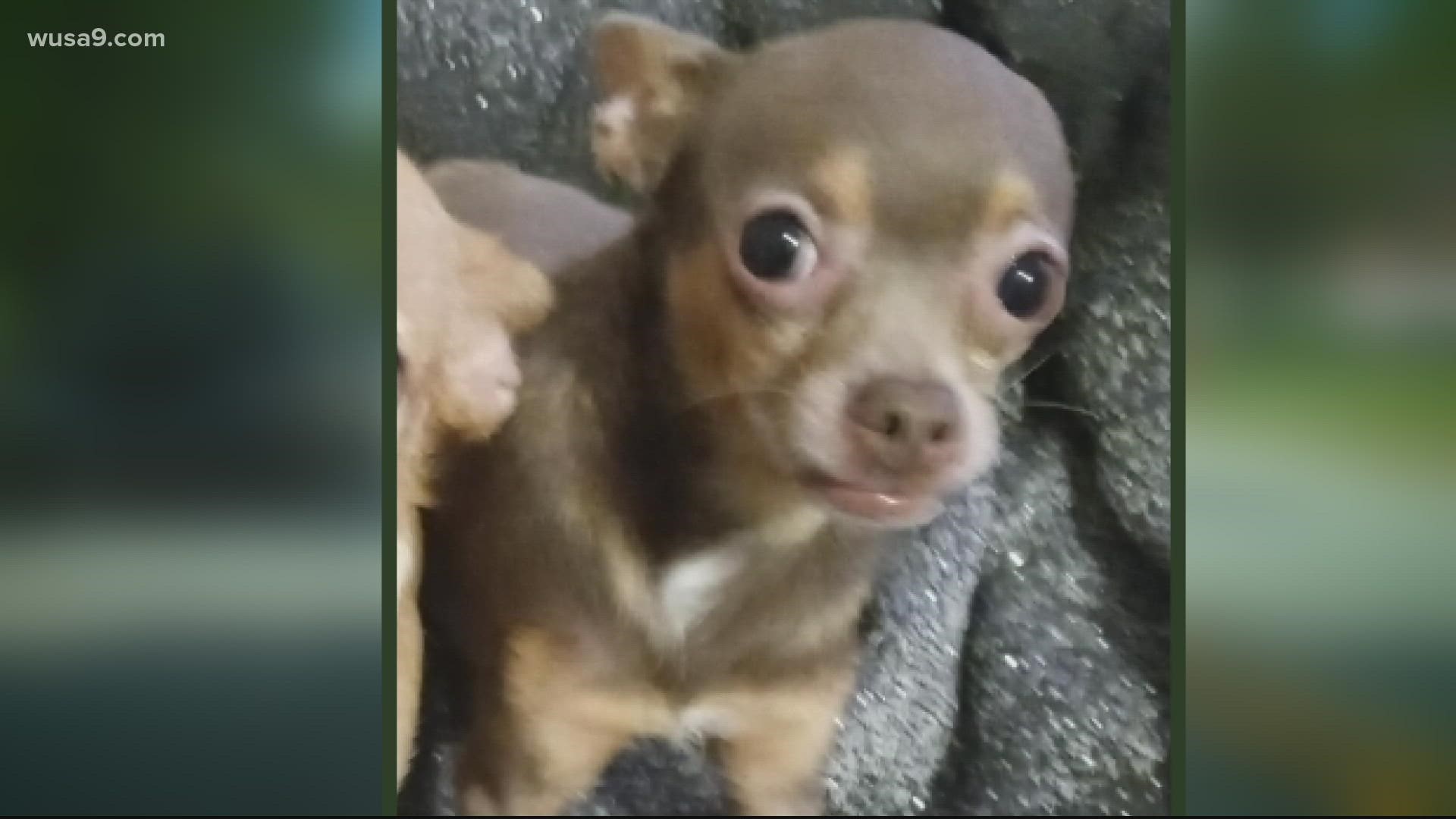 TEMPLE HILLS, Md. — A Temple Hills family is offering a $1,500 reward to anyone who can help reunite them with their beloved pet, Prince.

James Harris Sr. says his son's service dog has been missing since July 16. He believes his son James let the dog outside and Prince somehow made his way through the gate. The family hasn't seen the 7-year-old chihuahua since.

"We’ve walked, we’ve drove, we’ve put fliers up," James Sr. said. "We did any and everything that you could possibly do to try to find him."

Prince is a comfort dog for James Sr. and Nicole Harris's son James, who is quadriplegic and lives with Cerebral Palsy. He goes with James to his doctor's appointments and is always with him.

Prince's absence has been hard on the Harris family. Nicole Harris wrote to WUSA9 for help saying the loss of their beloved pet has been especially hard on her son.

"He is devastated and very depressed, so am I," Nicole wrote. "My son does not adapt to people very well or go out much because he is in a wheelchair and people stare which makes him feel very uncomfortable and afraid to be around strangers. He is unable to play with other children. His dog kept him comforted and made him happy. It's his best friend, they always stayed together."

The family is holding out hope that they will be reunited with Prince, offering a $1,500 reward to anyone who can help them get their dog back.

Prince is a tri-colored chihuahua. He may appear graying but he is brown and tan. He has a curly tail and his ears stand up. He may have traveled pretty far since leaving the Harris' home on Berkshire Drive in Temple Hill.

A few neighbors have reported seeing Prince around the area but the last sighting was on July 18.

“After then the trail kind of went cold," James Sr. said.

The neighbor told the Harris' he didn't look too good and the family is nervous about how many foxes live in the area and how skittish Prince is.

"He is very skittish and would run from strangers but he will approach other dogs," said Nicole.

If you have seen Prince, contact James Harris Sr on Facebook. The family has also put a warning to animal control to be on the lookout if anyone finds him.

WATCH NEXT: Mystery remains after stolen dog is returned

The strange sage of Kato the kidnapped 7-year-old bull terrier has ended with the discovery of the dog in Georgia 650-miles from where he disappeared from a Maryland farm in an apparent break-in in January.