Lightning suspected in $800,000 worth of damage to Damascus home

The parents, their three children, a dog and a guinea pig all escaped after lightning apparently hit their deck or roof and set off a massive blaze. 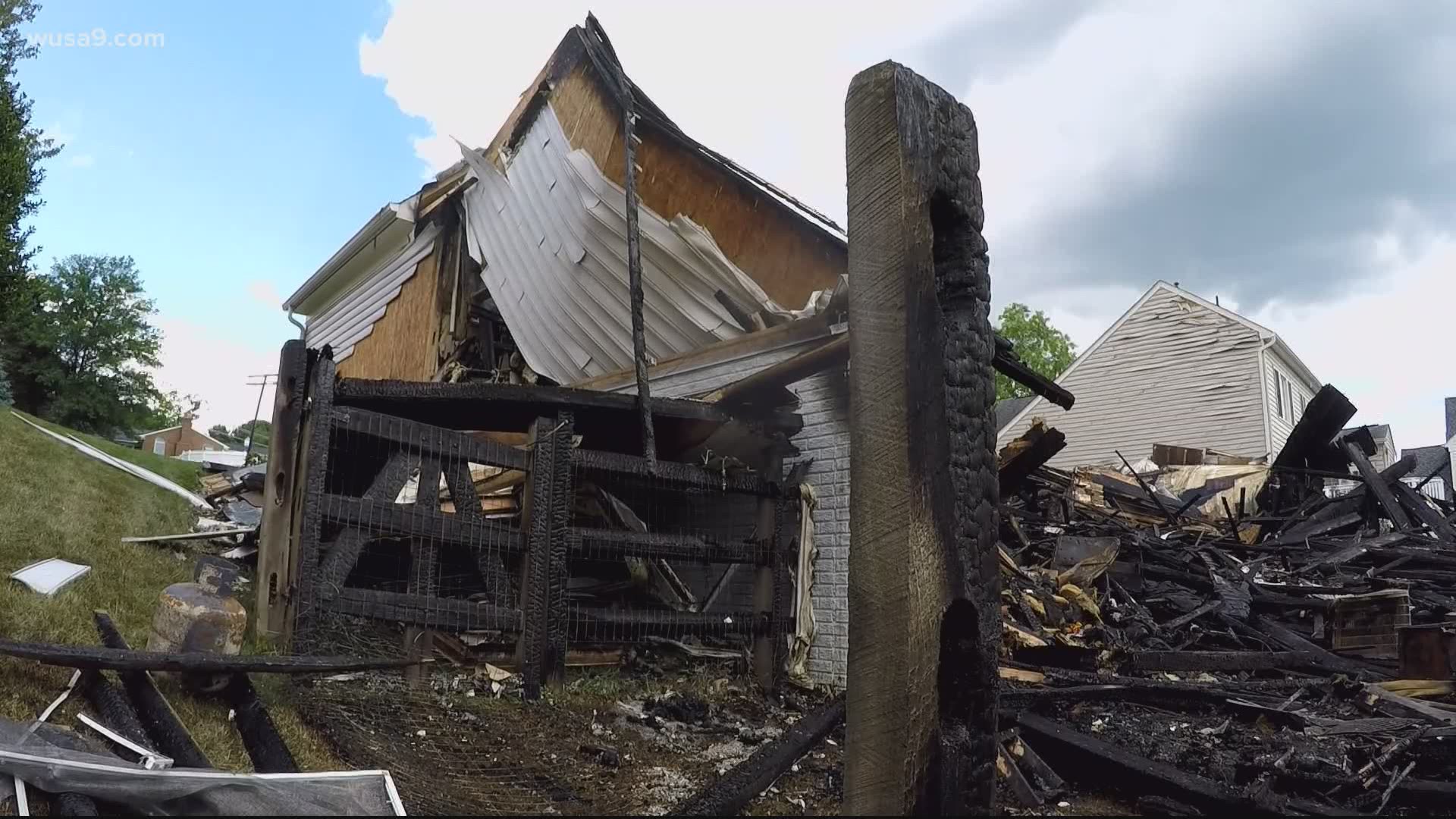 DAMASCUS, Md. — A Damascus family is trying to figure out how to rebuild after lightning from Monday night's intense storms apparently touched off a fire that destroyed their home.

The house on Sweet Cherry Lane was engulfed in flames before firefighters could even get there, but everyone got out safely.

The blaze was still smoldering Tuesday, nothing like the fire that hit the house just as Monday night's storms were receding.

Neighbors caught video of the flames roaring over the roof and out every window of the house a mother and father and three children used to call home.

"Within four to five minutes, the whole house was on fire," said neighbor Ali Mahdi. 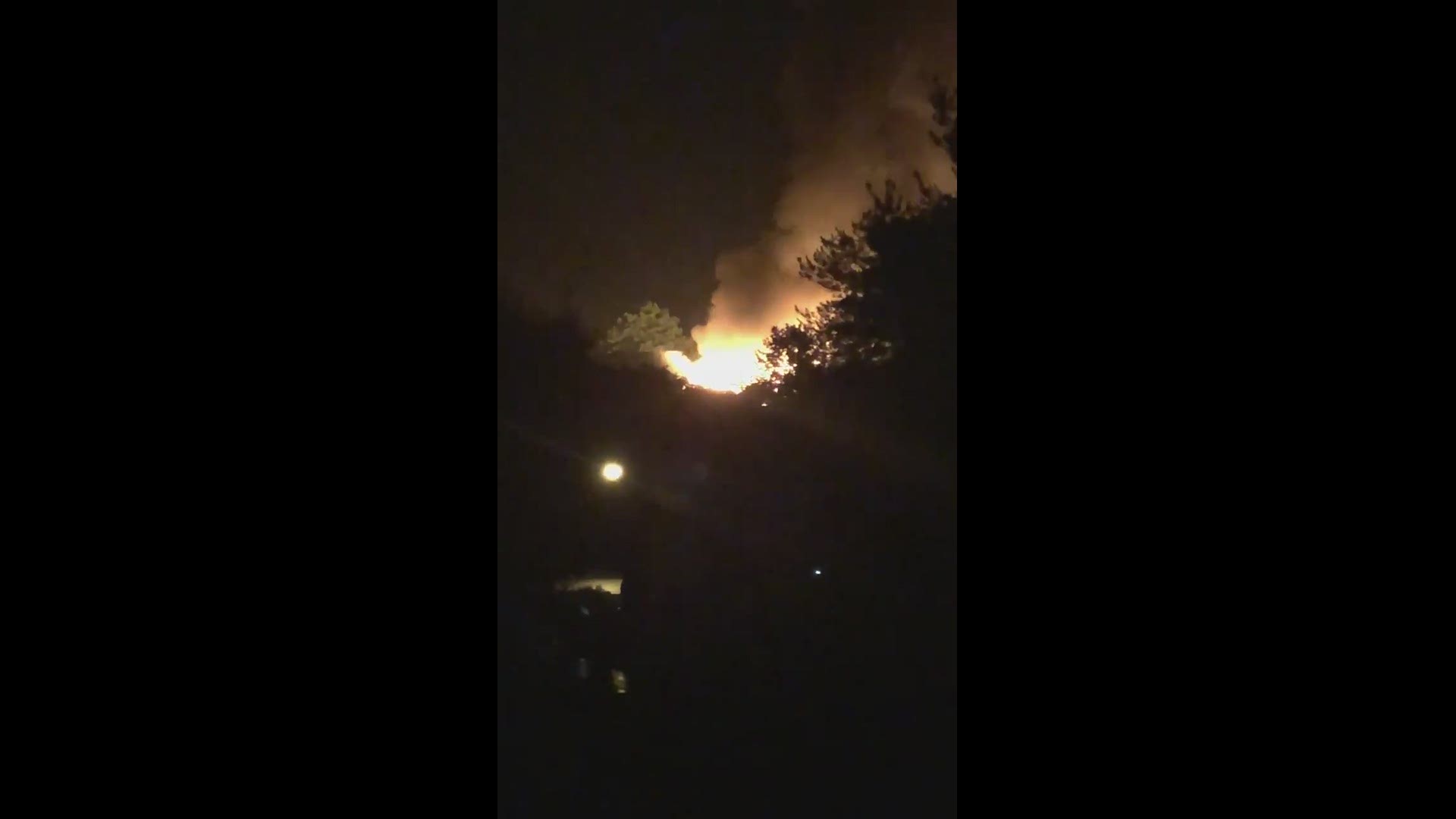 Mahdi said the dad, Jacob Rosenhaft, banged on the door at about 10:30 pm to warn them his house was on fire, but that his wife, his three teenage children, his dog, and his guinea pig had all gotten out safely.

"It's devastating, it's really sad," said Mahdi. "It's, it's heartbreaking we've known them for so long."

Investigators suspect a lightning strike may have touched off the blaze, which looked like it started on the deck or maybe in the roof.

The heat was so intense, it melted the siding on a house next door, and damaged Mahdi's house too.

Firefighters estimate the destruction to the Rosenhaft home at $800,000 - a total loss.

Most of the house has simply collapsed. Very little of what they own survived.

But neighbors said the family remains upbeat. "He was very optimistic about it, you know he was like, 'There's not a lot you can do now.' Kind of like, 'What's done is done.' And it's just where do we go from here now," said Mahdi.

In a brief phone conversation, Cora Rosenhaft said the kids are staying with friends and she's hoping their insurance company will cover the costs of a hotel while they figure out what to do next.