Critics of the Law Enforcement Officers' Bill of Rights call it a blueprint for covering up misconduct. 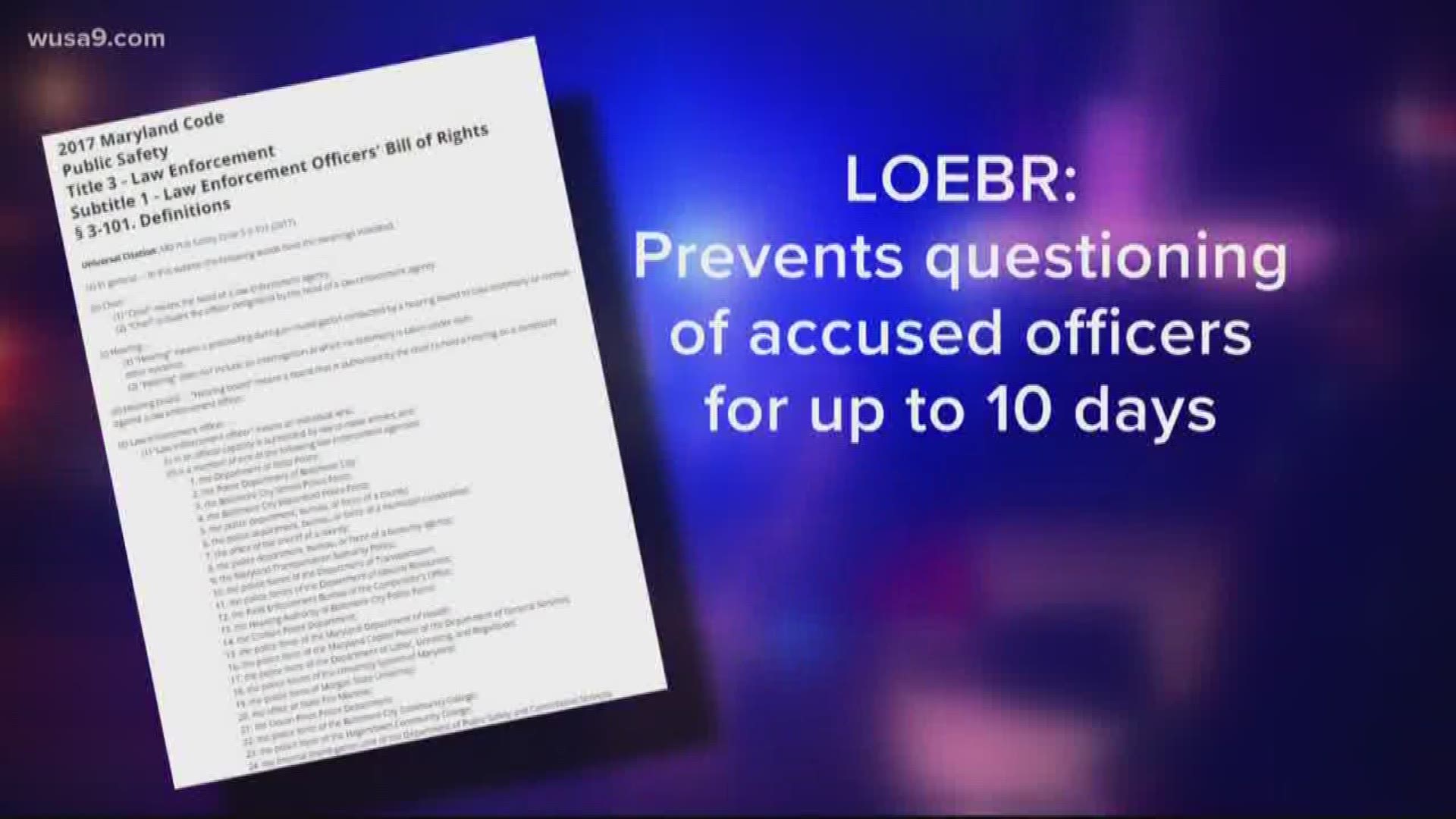 UPPER MARLBORO, Md. — The murder charges filed against a Prince George's County Police officer in the death of William Green are intensifying the discussions surrounding a law that protects officers from scrutiny, according to legislators now working on the issue.

The law is called the Law Enforcement Officer's Bill of Rights, or LEOBR, and Maryland was the first state to pass LEOBR in 1973.

Critics call it a blueprint for covering up misconduct.

Green was in handcuffs and was "not a threat," according to prosecutors who charged Owen with second-degree murder on Tuesday.

Murphy is calling for an investigation of Owen’s background to determine why he was still on the job after previous shootings in 2009 and 2011 and whether the LEOBR prevented thorough investigations of the previous incidents.

If an officer has not been charged with a felony, the LEOBR prevents investigators from questioning an officer for up to 10 days after an incident or complaint.

LEOBR also ensures that accused officers will only be judged by other police, not by independent public monitors like a civilian review board.

Since 2017, efforts to reform LEOBR in Maryland have failed.

A new bill about to be filed by Montgomery County Delegate Gabrielle Acevero would break what critics call the "blue wall of silence" by opening confidential records of investigations to the public and allowing non-police investigators to be involved, according to a summary provided by Acevero’s office.

Since Cpl. Owen is charged with murder, the LEOBR will not protect him from questioning by prosecutors and investigators, according to a legal expert with extensive experience defending police officers.

RELATED: 'Don't pre-judge our officer' | Fraternal Order of Police says wait for all the facts in fatal shooting