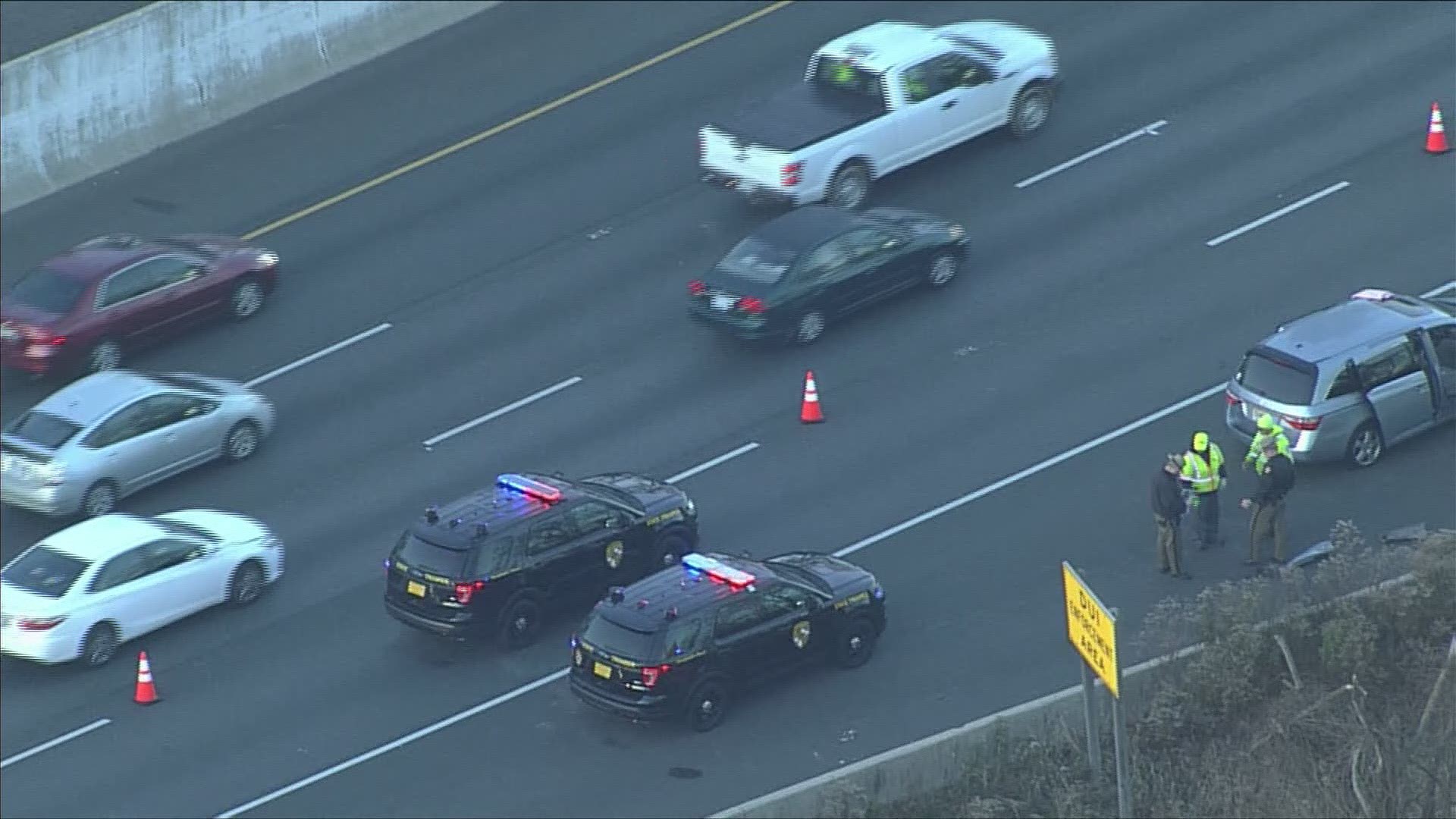 ROCKVILLE, Md. — Maryland State police are investigating a serious crash that injured a driver on the outer loop of I-495 near Rockville Pike on Tuesday morning.

Police said debris from the roadway near Route 355 Rockville Pike went through the windshield of a car and struck the driver. Crews at the scene worked to extricate the person.

Officials said they originally thought the debris impaled the driver in the chest, but they later learned that it was just stuck to the person's shirt.

The driver was evaluated at the scene and taken to a hospital with non-life-threatening injuries, officials say.

Some lanes were blocked on the roadway and have since been reopened.

RELATED: Tractor-trailer crash on I-495 at I-270 causes traffic backup for miles