A screaming boy is held to the floor while others expose themselves and appear to forcibly come in contact with the victim's head. 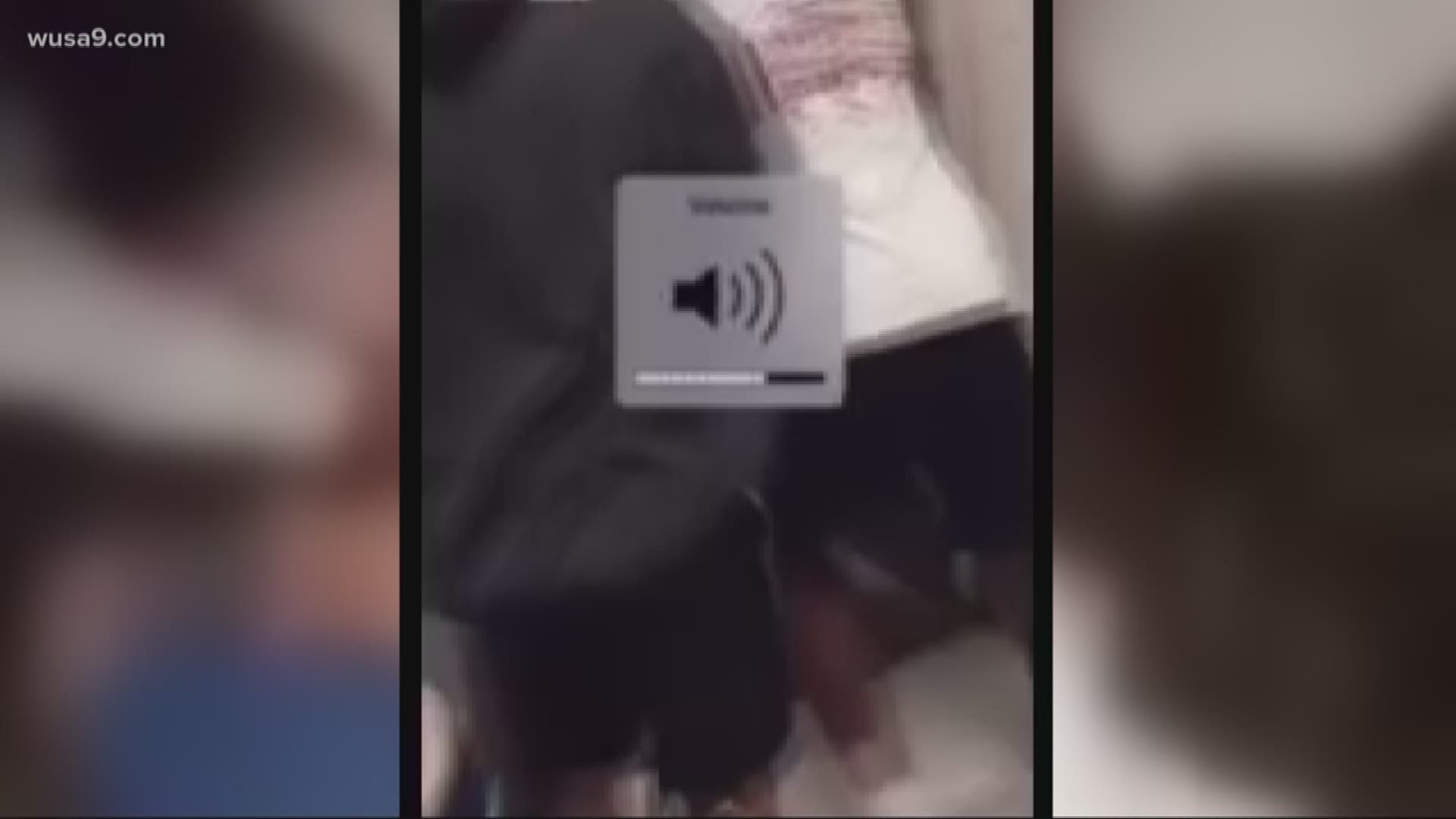 Stevensville, Md (WUSA9) — UPDATE: As an investigation into the incident progresses, the principal of Kent Island High School announced on Friday that the JV Men's Lacrosse team will forfeit the remainder of the 2018 season. The principal released a letter on Friday, regarding the incident:

With regard to the incident that occurred within our lacrosse team on April 13, 2018 we have reached a point in our investigation that a decision has been made with regard to the future of the JV Men’s Lacrosse team. Our school district has a responsibility to follow its policies related to student conduct. Effective immediately, the JV Men’s Lacrosse team will forfeit the remainder of the 2018 season including the JV game scheduled for 4:00 pm today. While not all players were involved, a significant number were actively or passively engaged in highly inexcusable behavior. This type of behavior will not be tolerated for any athletic team or student group within Queen Anne’s County Public Schools.

Students, as you process the information above, please be reminded how important it is to adhere to appropriate social media conduct. We ask that our parents continue to review, reinforce and reiterate proper social media etiquette with your child as they process this change in our athletic program.

The incident happened in the boys locker room at Kent Island High School in Queen Anne's County on Friday.

A screaming boy is held to the floor while others expose themselves and appear to forcibly come in contact with the victim's head.

“They’re hurting other children when they do stuff like that,” said Sheila Canter who is the mother of an 18-year-old.

The Sheriff’s Department launched an investigation Sunday after receiving complaints from parents who saw the video posted to the Kent Island Happenings Facebook page.

The investigation includes determining whether any adults may have been aware of the incident and failed to report what happened.