'I didn't say I love you, and that I regret to this day' | DUI loophole in Noah's Law haunts family

Police Officer Noah Leotta lost his life to a drunk driver. While Noah’s Law honors him, advocates say a loophole lets some DUI offenders skip getting a vehicle ignition interlock. 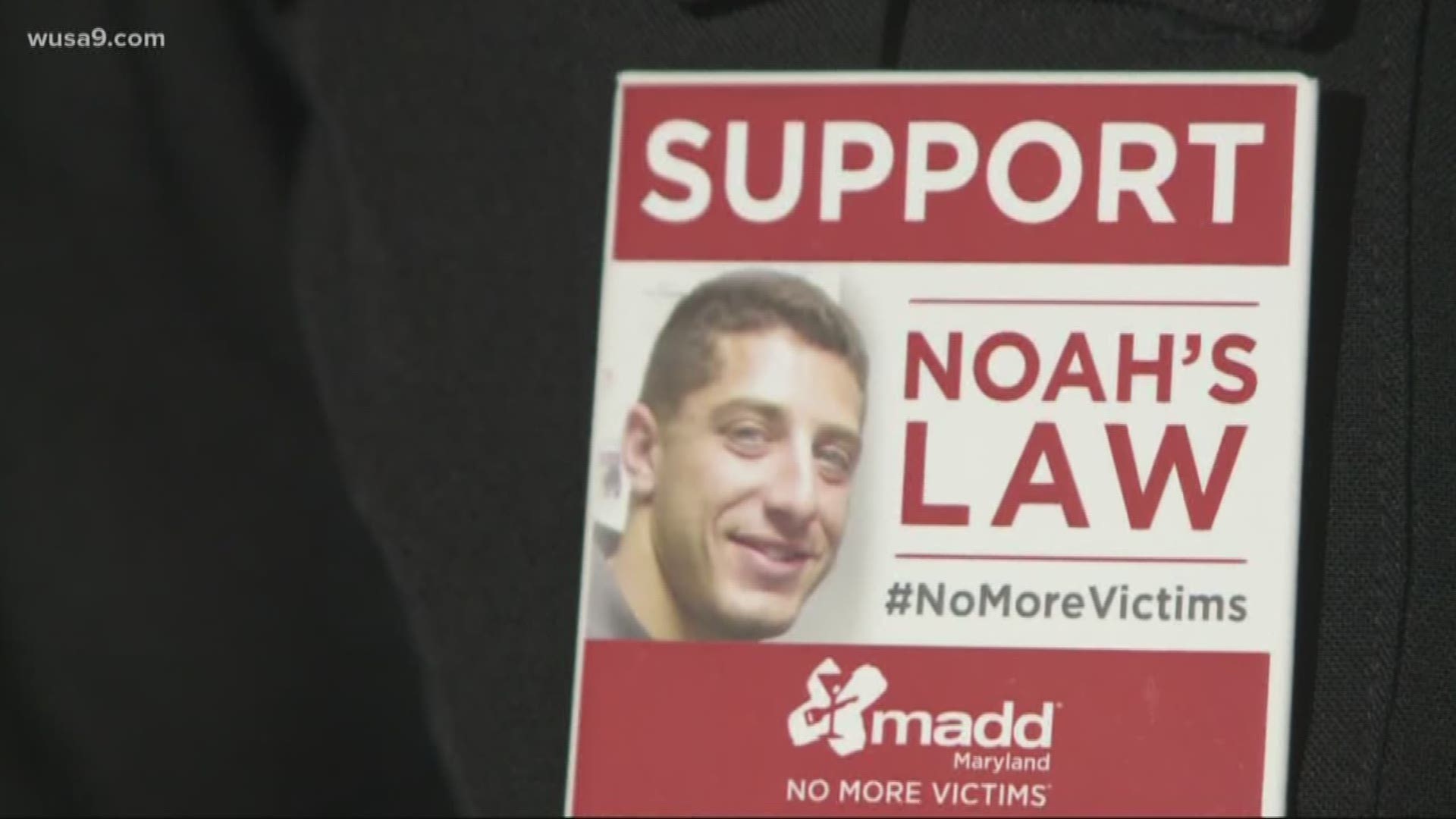 OLNEY, Md. — Every week for the last year, Rich Leotta has been going to court in Rockville, Md.

He's not there because he's in trouble, but to watch and track what some judges are doing, and others are not.

They know Leotta because of his only son, 24-year-old Noah, and the law named in his memory.

Credit: WUSA9
Rich Leotta with photo of his son, Officer Noah Leotta who was killed by a drunk driver with 3 priors alcohol arrests.

In 2015, less than two weeks from Christmas, Rich and his wife Marcie, lost their only son. Noah's sister Shana lost her little brother.

He died a week later.

The man that killed Noah had three prior alcohol-related arrests.

Credit: WUSA9
Officer Noah Leotta's patrol car after being plowed into by a drunk driver.

Rich, Marcia Noah's sister Shana and other advocates fought hard to strengthen DUI laws in the state and helped get the Drunk Driving Reduction Act, or Noah’s Law passed in 2016.

But three years later, his father said Noah's Law is being trampled on because of a loophole.

"It's interesting what happened with Noah's law. We have the loophole now, but that loophole was not in it initially," Leotta said.

Leotta and other advocates wanted and pushed for an all-offender DUI law, meaning if you're arrested for a DUI, you have to get an interlock device installed in your vehicle that stops you from drinking and driving while your license is restricted.

"That's what we wanted. That's what we were hoping to get. Somewhere between what we'd seen earlier in the day in the last day of the session and behind closed doors, the legislators found it in their wisdom to drop an aspect out of the bill, which instead of all offenders, in other words, everybody gets an interlock upon arrest, it would be only those that are convicted of drunk driving," Leotta said.

Many DUI offenders in Maryland are not convicted. They are given probation before judgment.

"If they are not convicted, they do not, the judge does not have to order an interlock. They are not compelled to do that. The law did not compel it," Leotta said.

According to Leotta, it's vital that all offenders get an ignition interlock.

And states with all offender interlock laws reduce the number of impaired drivers in fatal crashes by 16 percent.

For the last year, Rich has tracked the ignition interlock rates for some District Court Judges in Rockville.

His data shows that out of 205 DUI cases, 135 people were given probation before judgement. Only 65 were ordered to get an interlock.

When WUSA9 analyzed Rich Leotta's data, we found that prosecutors asked for an interlock 93 percent of the time.

The interlock order rate for the judges varied from 0-76 percent.

Woman were 25 percent less likely to get an interlock than men and people with prior DUI arrests, which received an interlock 75 percent of the time.

WUSA9 tried to talk to the Montgomery County's State's Attorney and the Maryland Judiciary about the issue. Both agencies declined requests to sit down and discuss it in person.

The Maryland Judiciary sent us a statement saying Maryland law, "...does not mandate the use of a device if a defendant is granted Probation Before Judgement."

It added, "In every case, judges review the unique facts, circumstances, and evidence, apply the law, and sentence defendants accordingly."

According to Mothers Against Drunk Driving (MADD), a drunk driver has driven drunk 80 times before their first arrest.

On any given day, your family shares the road with 2 million drunk drivers who have had three or more prior DUI convictions, according to MADD.