The driver was taken to the hospital for treatment. 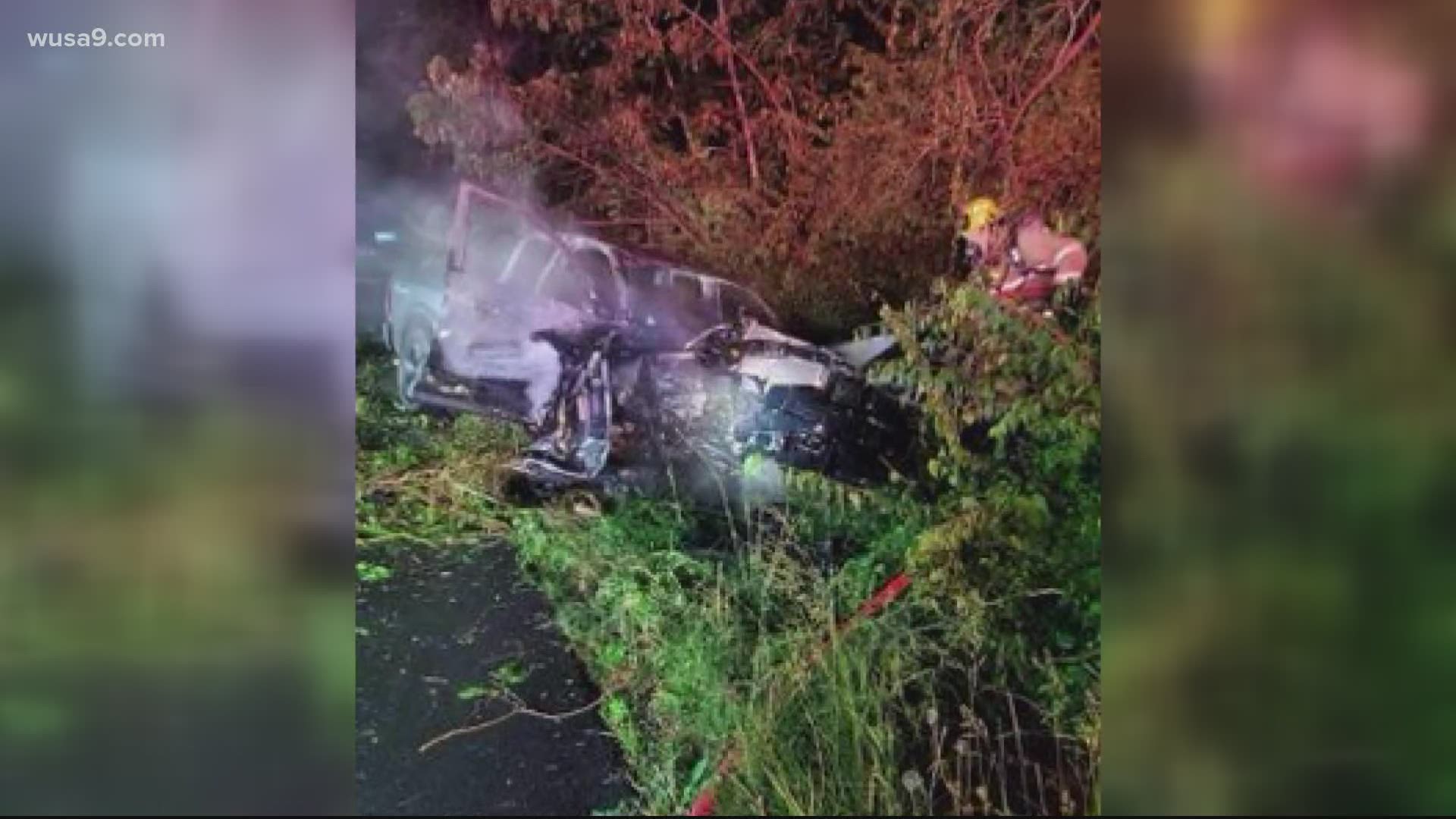 BETHESDA, Md. — An off-duty police officer saved a man's life Wednesday night when he pulled a driver from a damaged and burning truck on Interstate 270 in Bethesda.

It happened around 11:30 p.m. at the northbound I-270 spur, prior to Democracy Boulevard. The single-vehicle crash left the driver dazed and trapped inside the truck.

Montgomery County Fire and EMS spokesperson Pete Piringer says the driver was pulled from the burning truck before firefighters arrived on the scene.

Responding fire crews blocked the highway while they extinguished the flames from the truck fire, which spread to nearby brush and trees.

The driver was taken to the hospital for treatment of his injuries, which were said to be life threatening.

The driver has not yet been identified and his condition is not known at this time.

The cause of the crash remains under investigation.

RELATED: Suspect has to be rescued in Fairfax County after allegedly stealing a vehicle

RELATED: Woman on dirt bike killed after colliding with car in Hillcrest Heights