Police say the two men carjacked a silver Chevrolet Suburban and an Alfa Romeo around 3:30 p.m. 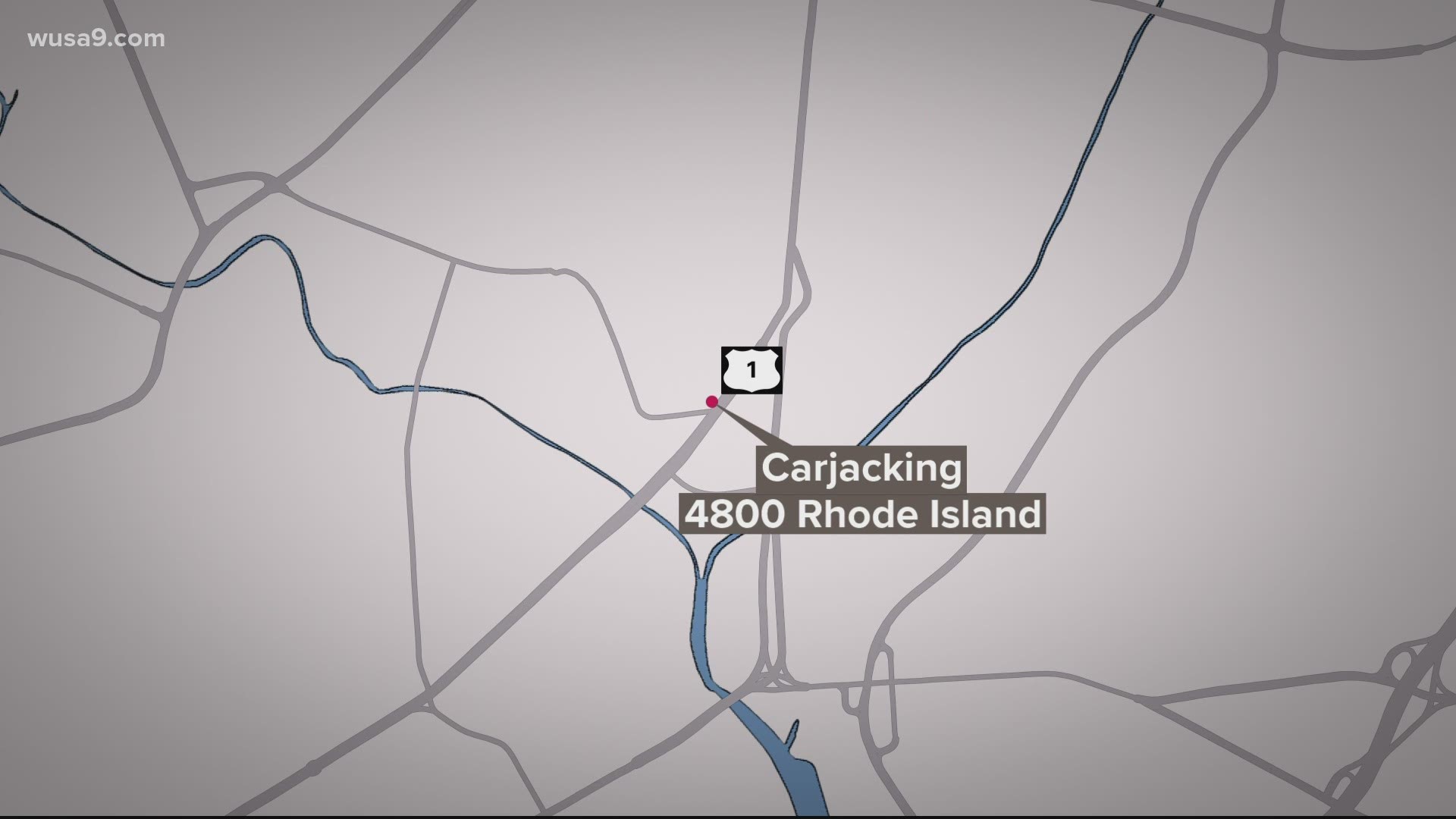 HYATTSVILLE, Md. — Police are on the search for two men after multiple carjackings happened in Hyattsville, Maryland on Monday, according to the Hyattsville Police Department.

Police say the two men carjacked a silver Chevrolet Suburban and an Alfa Romeo around 3:30 p.m.

The first carjacking happened in the 4800 block of Rhode Island Avenue when the two men were armed and drove off in the Suburban, according to police.

The two men reportedly crashed the Suburban they carjacked at the intersection of 40th Avenue and Jefferson Avenue. Shortly after, they carjacked the Alfa Romeo in the 4500 block of Garfield Drive, according to police.

None of the people carjacked were hurt, said police.

The two men were reportedly last seen driving at a high rate of speed north on Baltimore Avenue toward Riverdale Park.

Motor vehicle thefts are on the rise throughout the region. In DC, the Metropolitan Police Department reports a 63 percent increase in such crimes in 2021 compared to this time last year.

He noted one reason for the increase is because many local delivery drivers are leaving their cars running while they go to make orders.

In DC, neighborhoods with many restaurants are popular targets for vehicular thieves.

Alexander Padro works as the executive director of the non-profit organization Shaw Main Streets. It focuses its efforts on preserving the commercial and residential vitality of 7th and 9th Streets Northwest in DC.

He said the car theft trend is not only dangerous, but worrisome for local restaurants.

"These businesses are surviving on takeout and delivery orders right now," Padro said.

He said he was happy to see that MPD was tackling the issue with a special task force.

"Any resources that MPD can bring to bear to get this situation under control, citywide, will help citizens," Padro said.