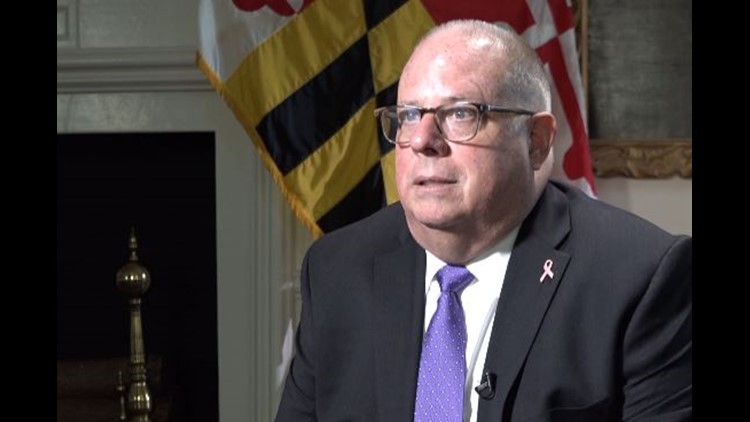 Photo by: Broom, Scott
Larry Hogan in an interview with WUSA9 as early voting in Maryland begins Thursday.

Hogan to be sworn in to second term as Maryland's governor

ANNAPOLIS, Md. — In a rarity of Maryland politics, a Republican is being sworn in to a second term as governor.

Gov. Larry Hogan will be sworn in Wednesday on the grounds of the Maryland State House.

The ceremony will be unusual for another reason: it will be held on the northwest lawn of the State House. That's because the mall in front of the Capitol is undergoing construction work.

Hogan is scheduled to attend a prayer service in the morning at St. Mary's Church. That event is invitation-only.

An inaugural gala is set for the MGM National Harbor casino.