Authorities say it is unclear how long the woman's body was at the park. 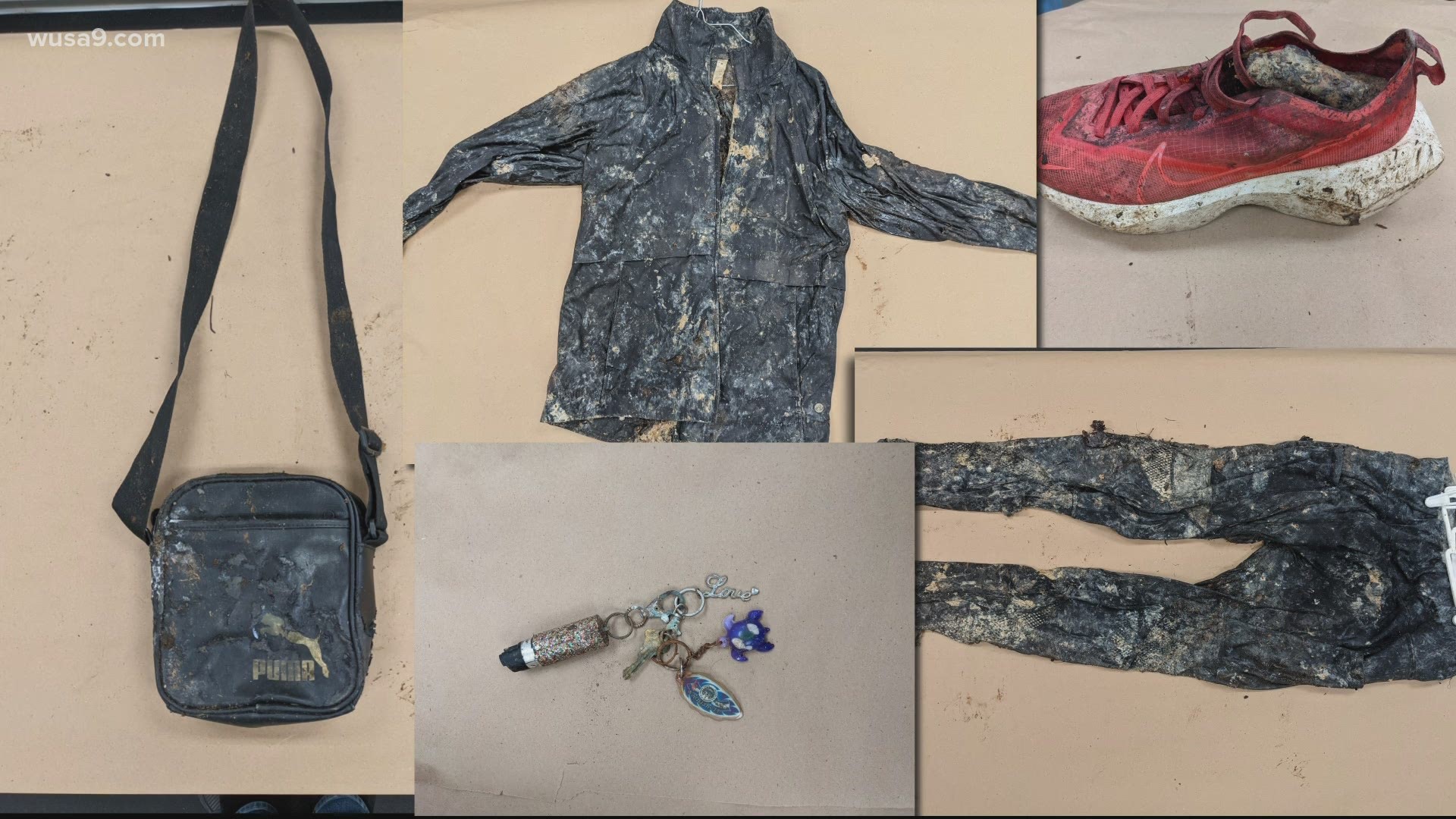 THURMONT, Md. — Hikers found a woman's dismembered body along a trail at Catoctin Mountain National Park and the FBI needs the public's help to identify the victim, according to the FBI Baltimore Field Office.

A portion of the woman's body was discovered by hikers on Saturday in the area of the park, FBI officials said.

Now, the FBI and local authorities need the public's help to identify the unknown woman.

Officials said she has long, dark hair with braids. She was wearing a black tracksuit, wrist guard, and red-colored Nike shoes. She was also found with a Puma handbag and a set of keys, that had an El Salvador keychain.

Below are photos of the woman’s keys, purse, shoe, pants and jacket:

1 / 5
FBI Baltimore Field Office
Police said the woman was wearing a black tracksuit, wrist guard, and red-colored Nike shoes. She was also found with a Puma handbag and a set of keys, containing an El Salvador keychain.

At this time, the woman's cause of death is unknown and it remains unclear how long her body was at the park, authorities said.

Police are asking anyone with information leading to the identification of Jane Doe or the disappearance of a missing person in the last six months, please call the FBI’s toll-free tip line at 1-800-CALL-FBI (1-800-225-5324) or submit a tip online at tips.fbi.gov.