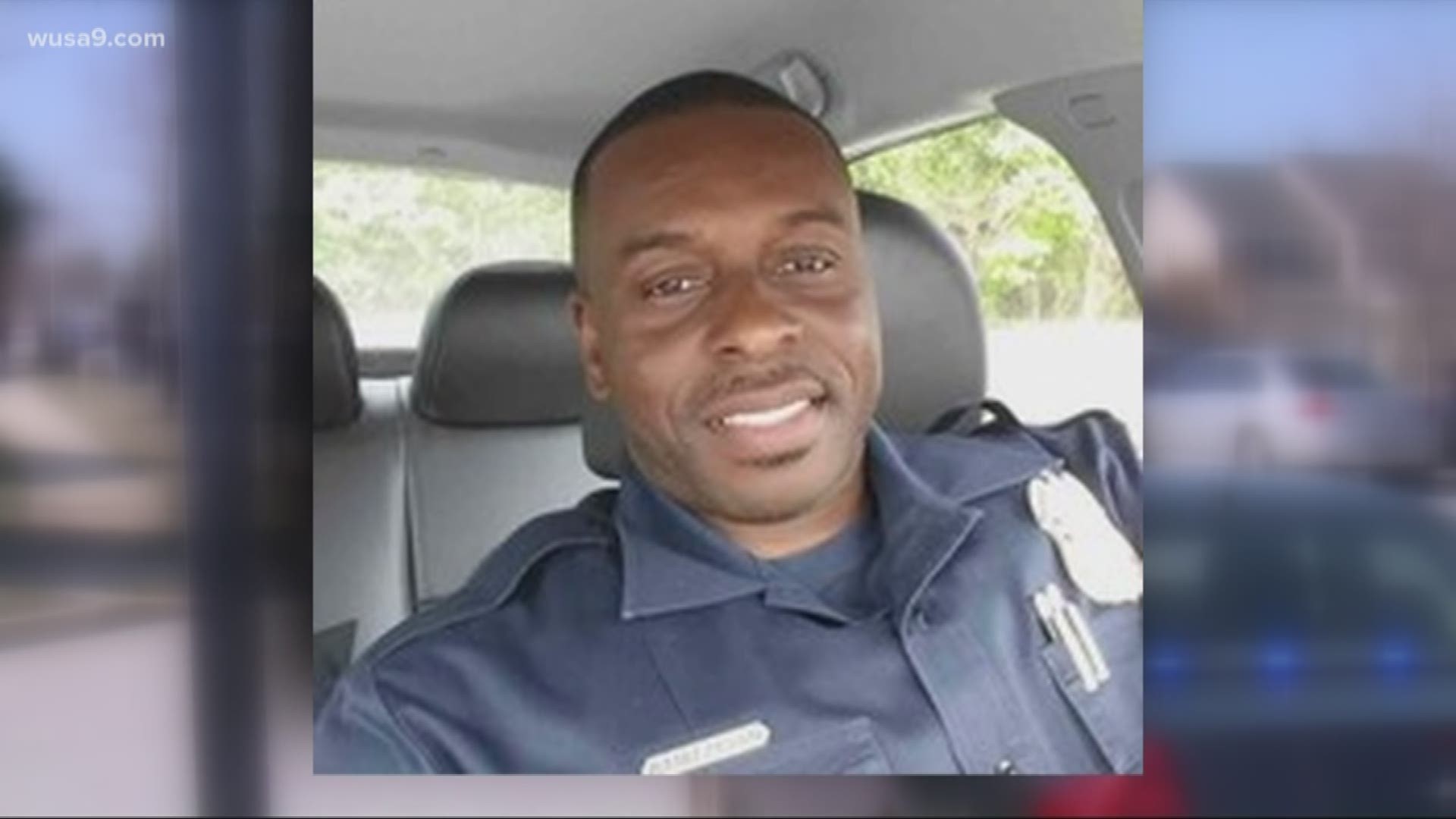 A Prince George’s Co. police officer was shot and killed in Brandywine, Md. Wednesday morning while protecting a woman threatened in a domestic violence situation.

Police identified him as Corporal Mujahid Ramzziddin, a 14-year veteran of the police force.

The suspect has been identified as 37-year-old Glenn Tyndell. Police said he had three open warrants for assault.

Corporal Ramzziddin was at home on his day off when a neighbor came to his house for help. He found himself in a confrontation with a man who had a shotgun. Police Chief Hank Stawinski described the suspect as “cold, callous.”Corporal Ramzziddin lost his life protecting the woman who came for help.

“He suffered a consequential death, but he saved her life by giving his own,” Chief Stawinski said. “I am extraordinarily proud of him.”

This is our fallen officer. Proud public servant, father, husband and son. He wore our badge for 14 years. He will live in our hearts every day. pic.twitter.com/cNPidw6N99

The shooting happened in the area of Chadds Ford Drive and Gillmore Greens Court, according to PGPD.

An eyewitness told WUSA9 he was on his patio at his home when he heard five shots. He ran inside his home, where his sister said she woke up due to the shooting. When he rushed back outside, he saw a black sedan speeding away. He reported the car’s information to a 911 dispatcher.

Witnesses said Tyndell shot at officers who were chasing him and got out of his vehicle near Indian Head Highway and Old Fort Road in Fort Washington. He ran toward a wooded area.

One witness said police surrounded the area from every direction and "they just started blasting."

Chief Stawinski described the suspect as have a long criminal history in various jurisdictions. Based on that information, he didn’t believe the man should have had a firearm.

WUSA9 uncovered court records that reveal he Tyndell was named in several domestic violence cases. Those led to four protective orders filed against him in Maryland alone. The most recent one was from June 2017.

Other charges include second-degree assault, trespassing and failure to pay child support.

“Today a gutless coward took the life of a very important part of our community,” said Angela Alsobrooks, the State’s Attorney for Prince George’s County.

Corporal Ramzziddin was a retired Marine. He was assigned to PGPD’s Special Operations Division, Harbor Unit. He had served the community for 14 years. 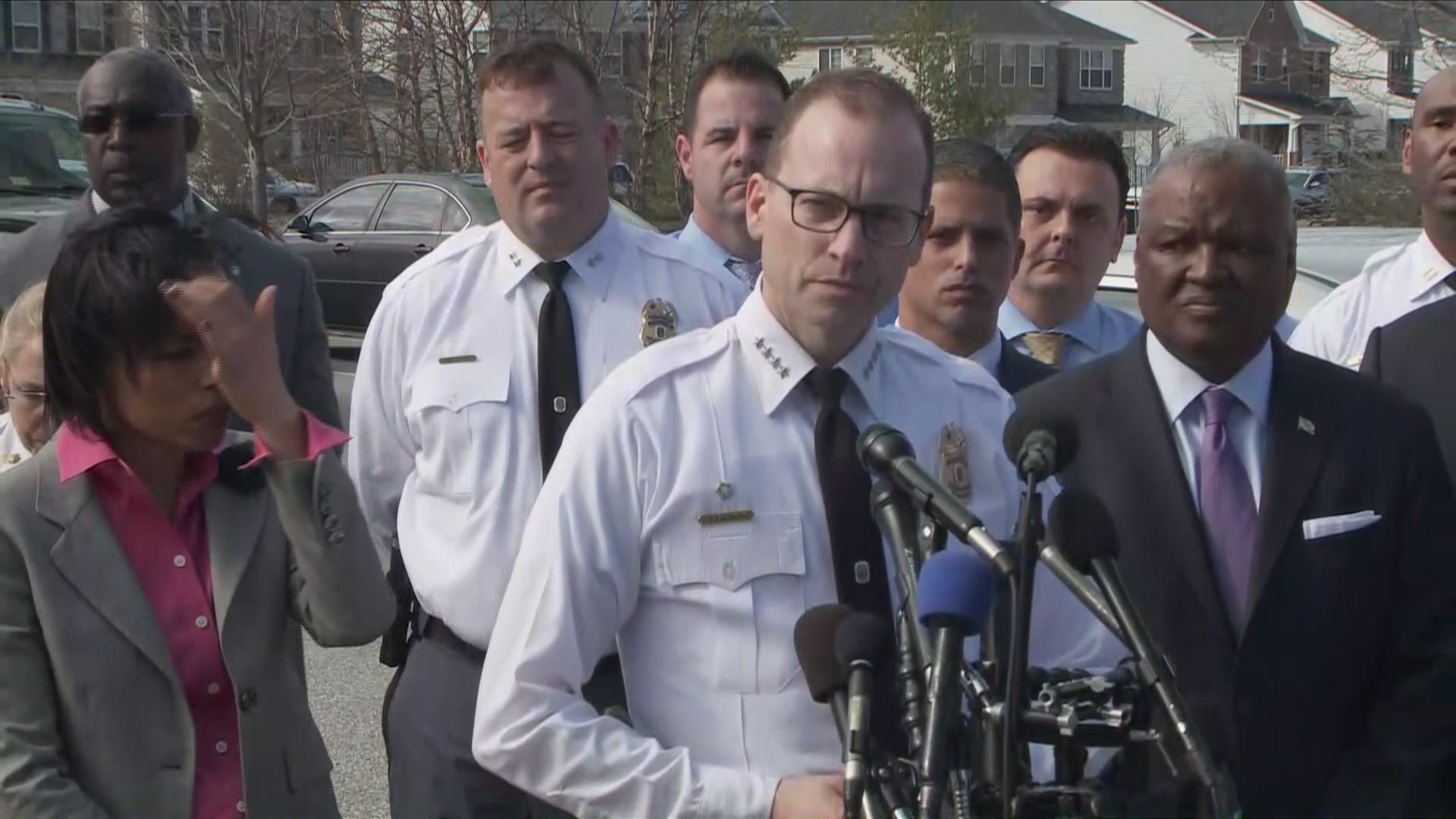 Chief Stawinski described Corporal Ramzziddin as selfless throughout his career. He also earned the Medal of Valor in 2006.

"He was off duty. He didn't have to answer the door. He didn't have to walk out that door, but he knew that badge doesn't come off at night. It's 24 hours," said Prince George’s County Executive Rushern Baker.The fallen officer leaves behind a wife, four children, and a mother—who lost her only child.

Chief Stawinski said, "We are asking for patience and respect at this time. Our sole focus is an officer’s family," according to the police department's Twitter account.

Per Police Chief Hank Stawinski. We are asking for patience and respect at this time. Our sole focus is an officer’s family.

Indian Head Highway (Rt. 210) at Palmer Road is closed in due to the police investigation and it’s expected to remain closed into the evening rush. Police are advising drivers to use alternate routes.

ATF is assisting with the investigation.

WUSA9 has learned a funeral is being planned for Friday at the Turkish Mosque Complex in Lanham, Md. after 1 p.m.

1 / 15
Prince George's Co. Police Officer Mujahid Ramzziddin's son Eric Tyler gives remarks about his life. He washed his father's body. The service was at the Diyanet Center of America in Md. on Feb. 23, 2018. (Photo by Marvin Joseph/The Washington Post)